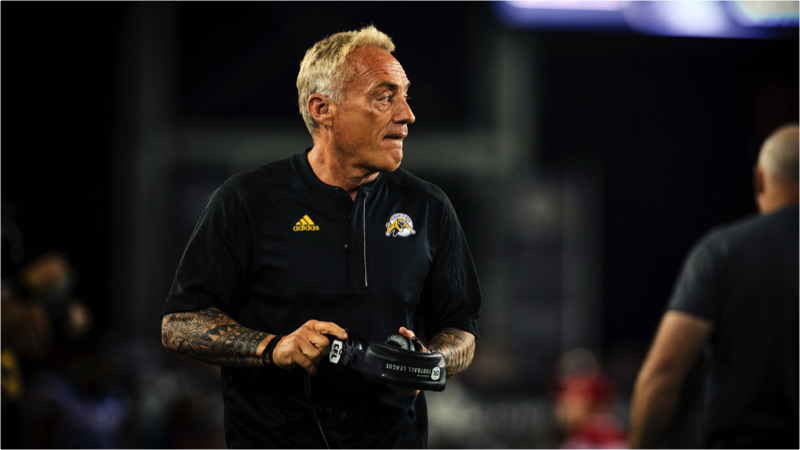 His coaching career has spanned six CFL cities, prestigious college programs such as Hawaii and Southern Methodist and even a stint with the Rhein Fire of now-defunct NFL Europe.

Yet you’d be hard-pressed to consider somewhere other than BC as Jeff Reinebold’s true football home. Speaking from London, England, where he is working as an NFL analyst for Sky Sports, the newly hired special teams coordinator couldn’t contain his excitement.

“There is no place in North America where you have all the things that Vancouver has to offer. I have a really deep-seeded affinity with that place,” he said.

“It’s going to be emotional for me to be there again and very special to walk out of that home locker room, not the visitors one.”

Along with plenty of ocean to take up his favourite off-field hobby of paddle boarding and the overall natural beauty of the west coast, a chance to work under Wally Buono for the first time in his career is something that Reinebold considered heavily when it came down to deciding between an offer to go back to Hamilton or return for a third official stint in the den.

“I think Wally owes me for all the W’s he got against me. I don’t think he’d be the winningest coach in the CFL if it hadn’t been for our teams,” Reinebold chuckled.

“It didn’t matter what I did or what I was doing, I don’t know how many times I’ve beat him. It’s not many.”

Reinebold coached the Lions receivers from 1991-93, working with the likes of Darren Flutie, Mike Trevathan, Jay Christensen, Ray Alexander and Matt Clark. Despite the array of talent and Doug Flutie throwing to those guys in the first season, Buono and the Calgary Stampeders remained their prime nemesis. 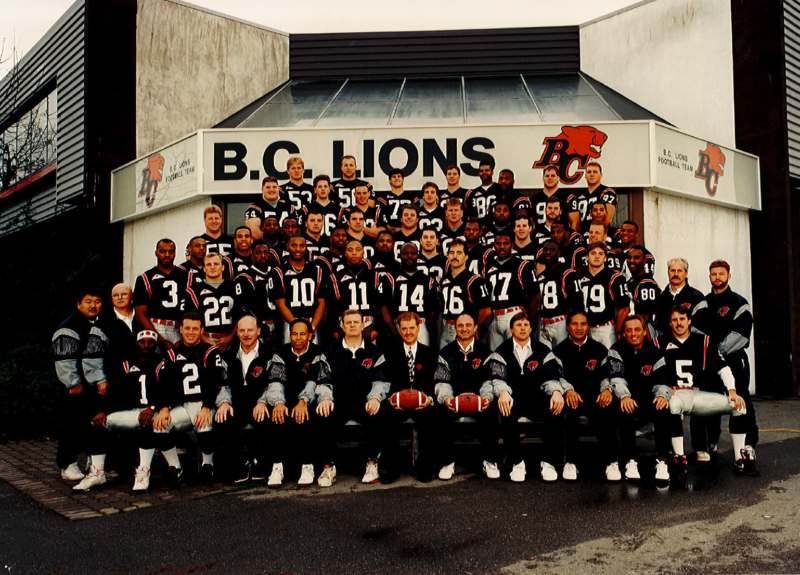 Jeff Reinebold, front row, second from the right, and the 1992 BC Lions pose for a team photo in front of the Surrey practice facility.

As the old saying goes, “if you can’t beat ‘em, join em.” Even if it’s a quarter-century after the fact, Reinebold feels working under the CFL’s Godfather will make him a much better coach.

“To think that you’re going to coach with the most successful guy that’s ever been in the game, you’re talking about rarefied air now,” Reinebold explained.

“It’s like coaching with Belichick, Lombardi, and the best of the best. There are very of those guys who can make that statement. It’s going to be a learning experience, but it’s going to be enjoyable.”

It was also the first time in Chris Rainey’s three-year Lions career where he didn’t return one to the house. Reinebold feels Rainey can still give them an edge on any given play.

“Rainey is a guy that fascinates the heck out of me because I see flashes of a guy that can be as good as anyone I’ve ever seen,” Reinebold declared.

“He’s strong, he’s quick and he’s truly a weapon to me. The Good Lord has been great to me for providing great players every step of the way; examples like Lui Passaglia in my first stop here or Bob Cameron and Troy Westwood in Winnipeg. Eric Blount set an all-time Bomber combined yards record when I was there. I had Gizmo Williams in Edmonton and speedy B (Brandon Banks) in Hamilton. Rainey is one of those guys.” 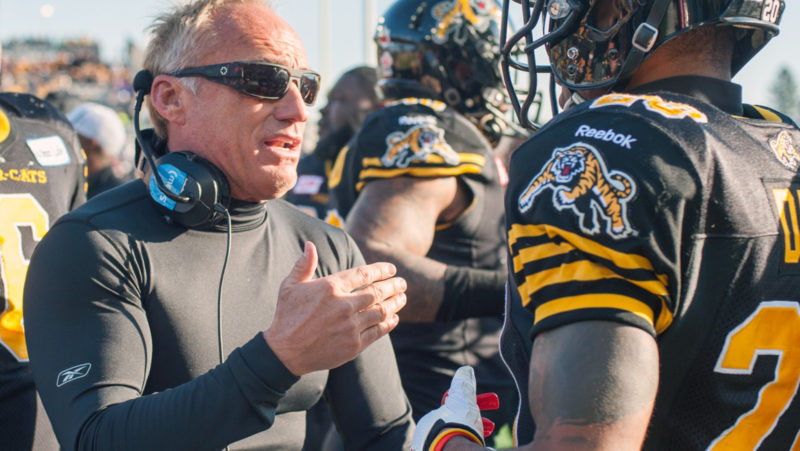 Reinebold served as both special teams and defensive coordinator during his tenure in Hamilton from 2013-2017.

Reinebold’s stint with the Hawaii Rainbow Warriors first introduced him to another key cog in the Lions’ wheel, non-other than 2014 CFL Most Outstanding Player Solomon Elimimian. Reinebold knew from the start just how special a player he could be.

“I’ve watched that kid grow. He came to us at Hawaii when he was just 195 pounds and I’ll never forget playing against Wisconsin when they had Joe Thomas and all those guys,” Reinebold recalled.

“They were running the power O scheme at him all game and Solly was bringing it as much as he had. By the end of the game, it looked like the scene from the Wizard of OZ where they had scattered the scarecrows guts all over the place. He just kept getting up and that’s the kind of kid he is, a highly competitive, high character tough guy. Those are the kind of guys you can win with.”

“The West is a dog fight. And if I’m in one, I want to get in there with some dogs and I don’t know if there is a bigger dog than Solomon Elimimian.”

As you can no doubt figure out by now, Reinebold represents the epitome of just how small the football world is. His ties to the BC Lions began in the mid-80’s when he worked under Larry Donovan at the University of Montana. It was also in the Big Sky Conference where Reinebold first got to know current Lions linebackers coach Chris Tormey, then the defensive line coach at Idaho.

“It’s like Kevin Bacon in Six Degrees of Separation or whatever that was. Football is even smaller than that,“ Reinebold said.

Fast forward to 1988 when Donovan was here as the head coach and a young Reinebold was invited to serve as a guest coach with the linebackers for training camp at UBC. It was at the Point Grey campus where Reinebold was given some wisdom from another big name in the business: Steve Burrato.

“I was like 30 years old at the time and working with guys like Kevin Konar, Ty Crews and Jeff Braswell, guys who were veterans and had won Grey Cups. Steve probably sensed I was nervous because he asked if I was all right. I said ‘I don’t know coach.’ 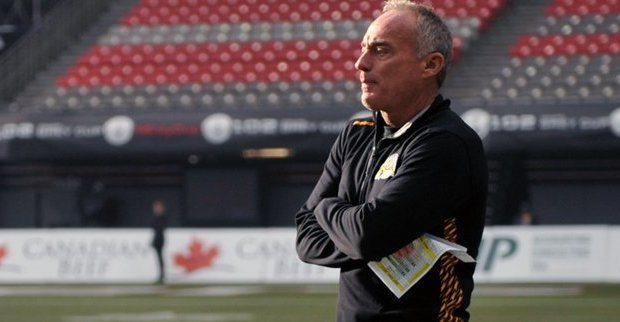 “Steve just said ‘don’t ever BS them’. As long as the players know you’re sincere about helping them get better they will listen to what you have to say. And that was great advice that still holds true to this day. It never changes. The players want somebody who can help you get better. It doesn’t matter if you’re white, blue, green, old, young, male or female. It’s such a highly competitive industry and they’re all looking to get better. It’s a great lesson I got from Steve Burrato,” the special teams coordinator said.

Reinebold will remain overseas and then head cover Super Bowl week for Sky in Minneapolis. The anticipated cold weather should be even more cause for excitement to get back to the Lions practice facility in the second week of February. Any way you slice it, it will be a natural fit for the man who dreamed about a CFL career long before he ever set foot in Canada. Once the games start, he is also excited to continue one of his favourite pre-game traditions.

“I have always brought a kid from the stands down to the field to play catch with me in warm-ups. I do that because I had the chance to do the same as a youngster and it meant so much to me. If they let me do it at BC Place, I will be thrilled,” he said.

Back in orange where he belongs: even if its more than two decades after the fact, you can always go home again.