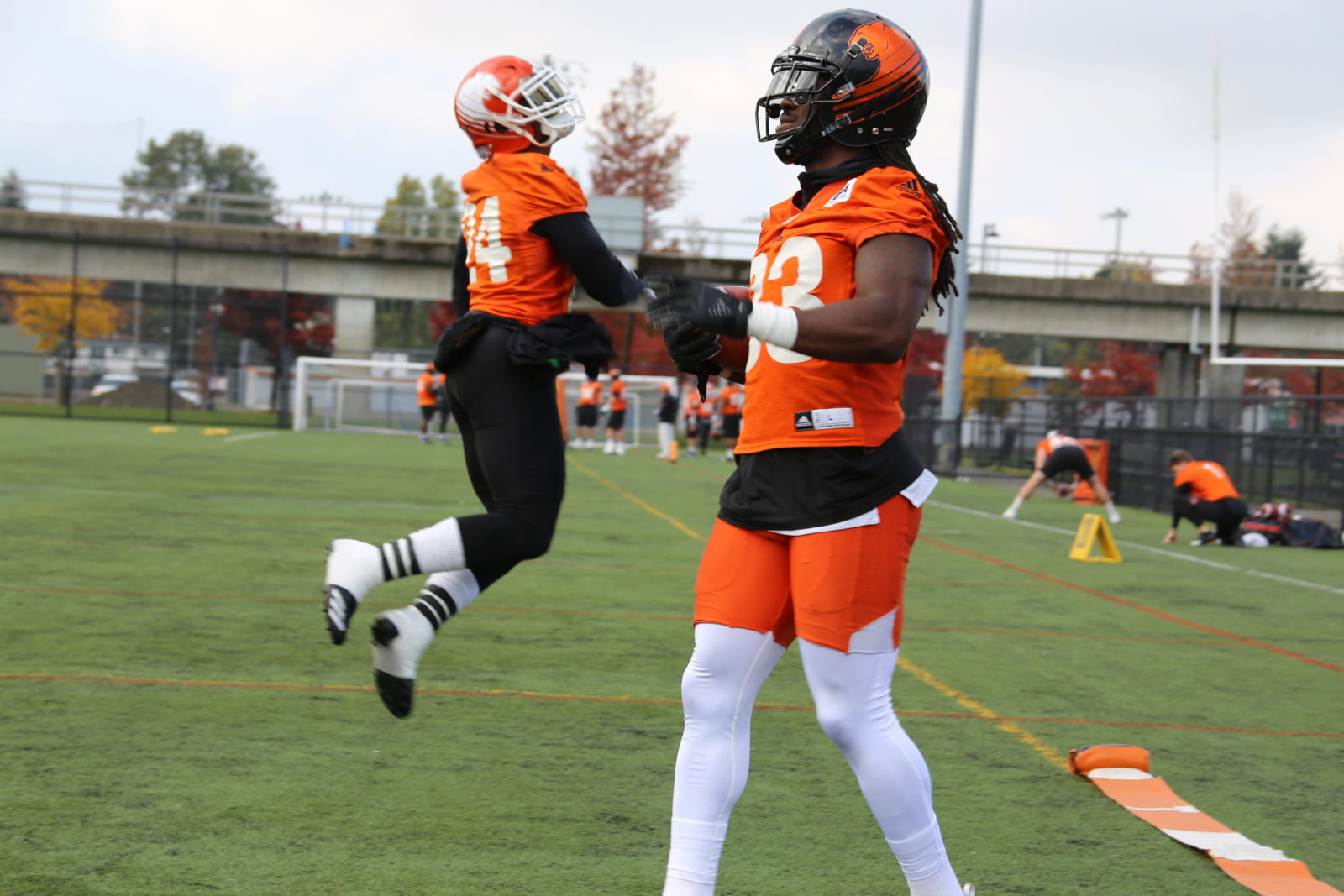 Hitting blazing speed on kick coverage and plugging the lane occupied by an unlucky returner requires a certain art form. Luckily for Wayne Moore Jr., artistic is just a natural word in his dictionary. The first-year Lion has established himself as a mainstay on a much-improved special teams unit. On the field, he is as ferocious as they come. Off of it, the soft-spoken Toronto native lives a more laid-back lifestyle, spending most of his time working on real art. Below is pictures of his two-year-old daughter Zahriah and an abstract piece that he thought of on his own.

“I love drawing pictures of family, nature and anything my friends ask me to draw for them,” says Moore Jr.

“It’s cool; I just sit back, listen to music and freestyle on a blank piece of paper. I canvas, I paint; whatever comes to mind. It’s a cool vibe.”

Hard to believe when you consider he becomes downright nasty when he straps on the pads and helmet. So how exactly does he flip that switch from sketch mode to gladiator mode?

“I just feel when you’re interacting with people it’s good to be polite, good to have respect,” adds the former McMaster running back.

Following brief stints with the Alouettes and Redblacks, Moore Jr. was added to the Lions roster in late July made his season debut a few days later in Calgary. It didn’t take long for him to make an impression with the coaching staff and scouts. 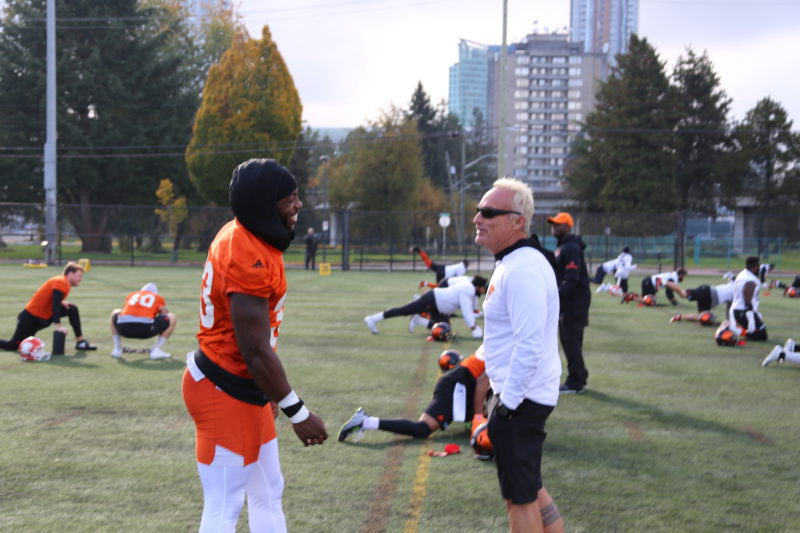 “I don’t think Montreal was a great situation for him and then he got to Ottawa and they had a bunch of Canadians at his position,” explains special teams coordinator Jeff Reinebold.

“Geroy Simon then pointed him in our direction and the first time we worked him out we said ‘how the heck was this guy on the street?'”

Despite not suiting up until August, Moore Jr.’s 11 special teams tackles are the fourth-highest on the squad heading into this week. His style of play is tailor-made for the identity of Reinebold’s group.

“I love it out here. I’m grateful that BC gave me an opportunity and I just try and seize it every time we come out here,” says Moore Jr.

“It just feels good to give it all for my teammates because I know they’d do the same for me. It (working with Reinebold) is amazing because it forces me to get better every day. I truly like I’m getting better each week. I’m seeing that on film and it feels good.”

“You can hear him play. If you close your eyes and listen to his hits, you can tell that’s Wayne Moore,” adds Reinebold.

Another thing that feels good is the run of seven victories in eight games heading into the big test with Saskatchewan this Saturday night (4:00 PM/TSN 1/TSN 1040). A win by at least four points for Moore Jr. and the Lions would keep their chances of a home playoff game very much in site. After not getting an opportunity like this in either of his previous two pro stops, you can tell Moore is ready for the lights to come on.

“It’s always good to get up for these games because they represent what’s in the way of where you want to go. I’m excited to get over this hurdle,” adds Moore Jr..

Along with being a force in the Marauders backfield- he rushed for 1,515 yards and 13 touchdowns over four seasons- Moore Jr. majored in Sociology at McMaster and plans to put the degree to good use once his playing days are over. He aspires to become a guidance counsellor, something that is near and dear to his heart.

“I hope to be a guidance counsellor,” says Moore Jr.

“My guidance counsellor Claire Arsenault had a big impact on me in high school. My grades weren’t where they were supposed to be at first and she really harped on me and got me to smarten up so I could get into university. I have to give her a shoutout because she really helped me along the way.”

One thing is clear: whether it’s football, his post-career aspirations or his artwork you can classify Wayne Moore Jr. as a very dedicated individual.

“I try to do as much art as I can in my free time. It’s definitely a contrast from playing sports and helps ease my mind.”