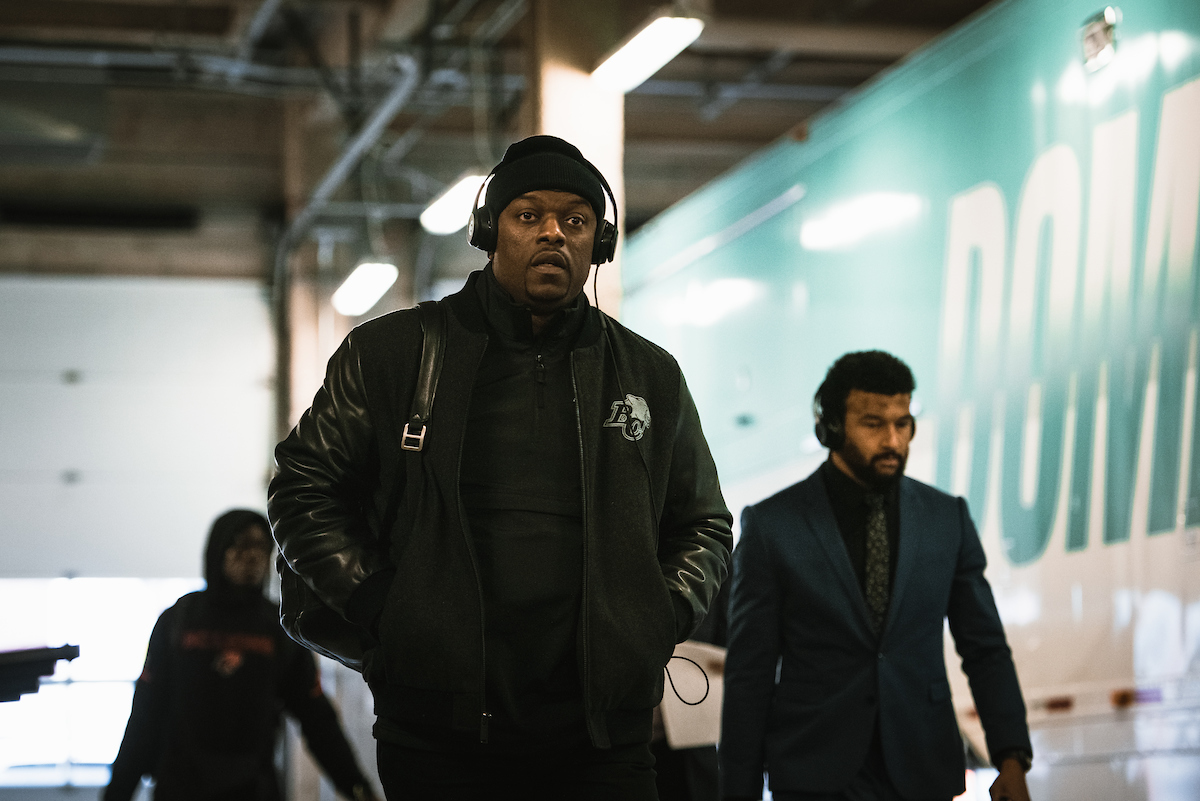 BC Lions general manager Ed Hervey before the Eastern semi-final game against the Hamilton Tiger-Cats at Tim Hortons Field in Hamilton, ON on Sunday, November 11, 2018. (Photo: Johany Jutras / CFL)

By the end of year one on the job, Ed Hervey had his foundation. Here and there, he started to chip away at some walls. Now as he enters year two guiding the BC Lions’ ship, he could be well on his way in finishing the dream house that was on the blueprints he carried with him here from Edmonton. This week, he got the prized quarterback he long dreamed about being reunited with and surrounded the big acquisition with some pretty solid pieces at a variety of positions. Not a bad week for a general manager who not only wants to build a championship squad but also will do whatever he can to make sure it stays one for the next 4-5 years.

For Ed Hervey, landing Mike Reilly on the opening kick off of CFL free agent frenzy is just as significant for the franchise off the field as it is on it.

“To see the overwhelming response from our fans buying tickets, renewing their tickets at the rate at which they were doing after the announcement gives us hope. We know our fans are re-energized,” said Hervey in an exclusive chat with bclions.com.

“Obviously Mike Reilly has that type of charisma that fans are attracted to but he also has the body of work on the field that makes people want to come to watch him play. For this market, as we’ve spoken on all off-season long, what move could energize the fan base? We’ve had our sites set on hopefully getting a marquee player like Mike here. But you never know how it goes throughout the season. That being said, his availability to us in free agency made this come to fruition and the overwhelming excitement from our fans shows that they were really excited about this move, just as we are as an organization.”

As predicted by many, chapter two of the Hervey and Reilly Odyssey has so far yielded the addition of some other sought after free agents. If one thing is clear, the identity of the 2019 BC Lions is shaping up to be an offence that could potentially outscore anybody on any given week.

Along with hanging on to veteran game breaker Bryan Burnham, Hervey bolstered his receiving corps. with the signings of Duron Carter and some proven Canadian content in local product Lemar Durant. Just like Reilly told us in a sit-down interview earlier this week, the Lions’ football boss has no concerns over the perception that Carter can be difficult to deal with.

“Duron Carter is one of the most dynamic playmakers this league has seen in quite some time,” explained Hervey.

“I’m not concerned about the other stuff, the perception of Duron. I for one can relate as a former player to be misunderstood. I don’t see that to be anything that I have to worry about here. We’re focused on Duron Carter moving forward. We’re not holding anything from the past against him. We’re excited to have him, looking forward to his play and him and Mike Reilly having many connections on the field and we’re looking forward to our fans having him here. Players have different personalities and that’s part of the game. We feel that he has that superstar personality that fits in this market and fits in our organization.”

In Durant, the Lions get a big athletic target with big game experience. The SFU alum was named Most Valuable Canadian after helping Calgary defeat Ottawa in the 106th Grey Cup last November. Despite the performance on that big stage, many feel the best is yet to come for Durant.

“Bringing in Lemar Durant, for us, again we felt like was an upgrade at the position. He’s young, he’s big, he’s fast and we believe he has tremendous upside,” stated Hervey.

“I think he displayed those things in bits and pieces throughout his career but in the Grey Cup he showed a flash we can definitely use on our football team. We wanted to get bigger at wideout and more physical. Lamar definitely brings that to us.”

Fast and physical are two traits you will hear a lot in 2019, hence the addition of gritty offensive lineman Sukh Chungh who will likely slot in at left guard when training camp opens May. All these new pieces combined with free agent pickup John White and the return of fellow running back Brandon Rutley will give offensive coordinator Jarious Jackson plenty to plan for once the entire coaching staff reports to Lions’ headquarters next week.

Hervey’s handy work on defence may not yet jump off the page compared to the other side of the ball, but fans will learn quickly just how vital they will be in helping Reilly and the offence get as many cracks as possible over four quarters. Aaron Grymes is a versatile defensive back that can play multiple positions

“That versatility in itself is very important. He can run and he’s a good all-around player and a good leader. He’s the type of personality guy you build your team around. Chris Edwards; again, very versatile, physical. He can play corner, both halves, SAM linebacker and also return kicks for us. We believe that he’s got a bright future, whether it’s in our league or the NFL. He’s that kind of talent. We’re expecting Garry Peters who returns to us to play the corner position. He’s physical and that’s his more natural position. His experience in the back end to go along with T.J. Lee is just something we know we can depend on week in and week out.” 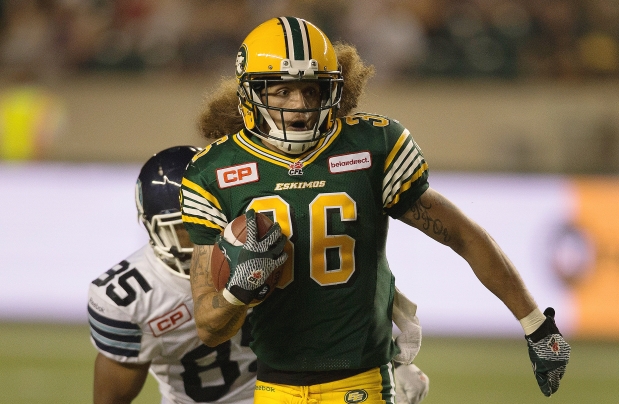 Defensive back Aaron Grymes brings versatility and Grey Cup experience to the secondary.

As is the case each February, some popular names have moved on elsewhere. That’s the cost of doing business. And as Hervey aims to complete the building project, he can smile at his most important addition to date. That’s just one step on the long journey.

“These are rare moves. It’s very rare for a free agent marquee quarterback to hit free agency. We’re excited that he’s here, we’re excited that our fans are energized but by no imagination are we sitting on the fact that we had a day of signing and that we’re going to rest on that,” claimed the GM.

“We’re looking to build something long-term here for our fans to enjoy. Mike Reilly is the first of many players to build that with.