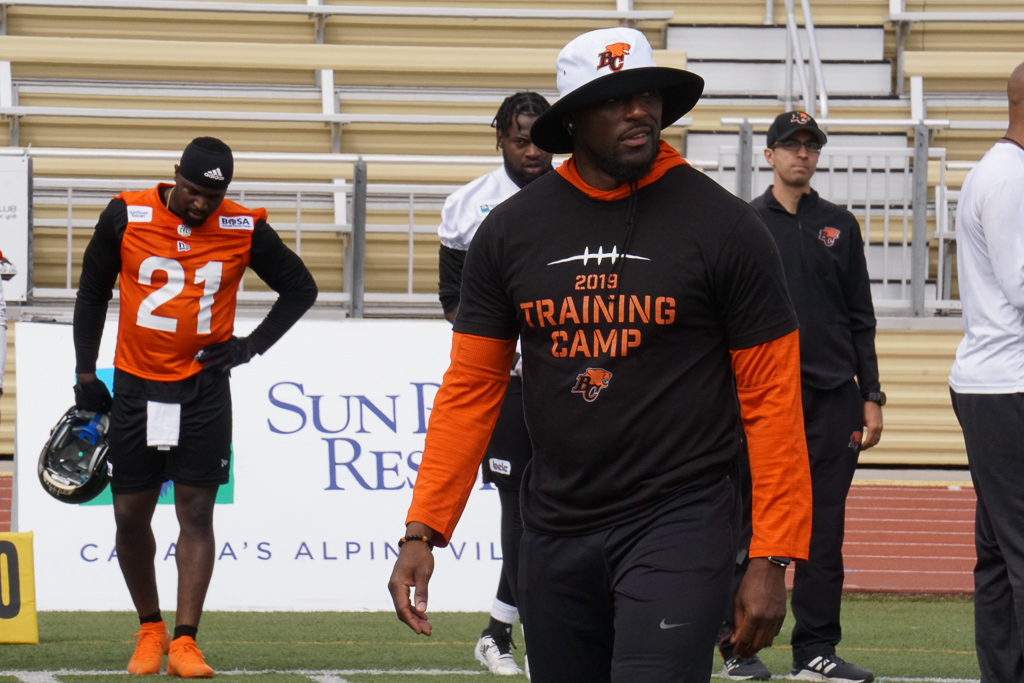 He’s back where he belongs. Comfortably donning orange colours with the white BC Lions bucket hat that has become a staple for coaches and staff in the gruelling Kamloops heat, elements he experienced several times as a player on this very turf at Hillside Stadium.

One of the best to ever play the position for this franchise, it just seems right to have Ryan Phillips guiding this year’s crop of Leos defensive backs. But first, he wants to get one thing out of the way: as tempting as it might be for his players, they can refrain from calling him ‘coach.’

“No, no. I told them to still call me ‘RP.’ It’s okay,” he said following Tuesday morning practice.

“I’m not that guy yet. When I’m 50 years old maybe that might change and even then, I probably still won’t go for it. I like to keep a young personality. So I can still be RP, but at the same extent, the respect level still needs to be the same as far as being a coach. There’s that fine line because obviously there are guys that I’ve played against and so forth that are on the team and guys that I’ve played with.”

Being young in coaching years means Phillips pretty much epitomizes what Devone Claybrooks’ new staff is all about. After finishing his playing career in Montreal and spending the 2018 season with Claybrooks on the Calgary Stampeders coaching staff, it was only a matter of time before the Seattle native returned to his football home. The chance to do it in 2019 was too good to pass up and he has enjoyed lending his expertise to the defensive backs through the first nine days of activity in Kamloops.

“Camp is great. It’s definitely exciting to be back around football again,” explained Phillips.

“I’m just trying to set these guys up for success and that’s my job, to make sure that we’re flying around, establishing some chemistry, getting some continuity going and trying to put the best guys out there to get to get us where to where we need to be.” 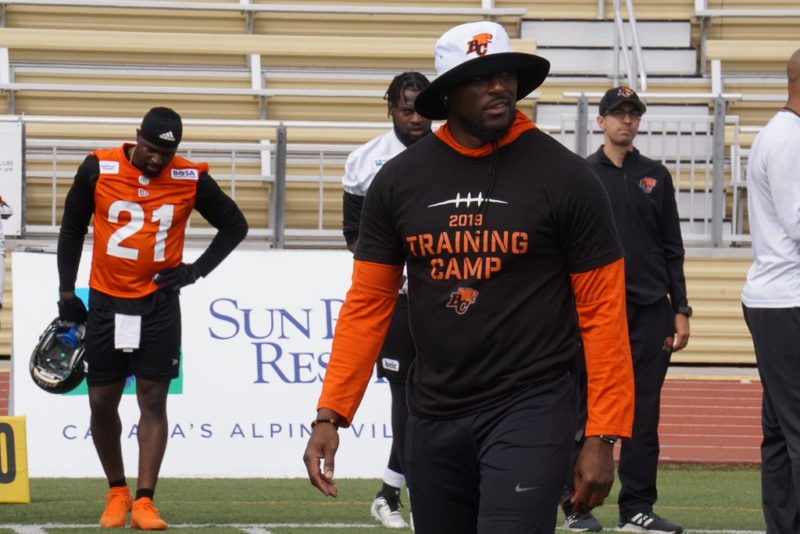 Phillips’ group of players provide a decent mix of known and lesser-known commodities. TJ Lee III entered camp as the club’s longest serving defensive back with solid veteran additions such as Aaron Grymes and Josh Woodman added to the fold in free agency. Having the likes of Lee and Grymes in your corner would make the transition easier for anyone new in the coaching ranks.

“Those guys are obviously childhood friends and guys I have known for a long time and they definitely have their own thing with me, just being Seattle boys and things like that, ” said Phillips.

“My thing is, they are two professionals. Those guys that practice hard and guys that come in every day and bring their best out. They definitely have great attention to detail and they’re leaders as far as getting guys to grasp the concept of what we’re trying to do. They’ve been successful, they’ve been all-stars and things like that but they want to have the best way to try to get to the point of winning and that’s what’s important to them. I definitely let them go ahead and do some things and let those guys take the room. As long as I have leaders on the field, and I’ll be in the press box anyway, I’ll go ahead and pass the torch to them and let them go ahead and take control. I’ll make my corrections when need be.”

It’s hard to believe it’s been 14 years since we first saw RP the player at a training camp, isn’t it? Like so many of the young defensive backs here in Kamloops, not many would have envisioned Phillips suiting up for 212 games (5th all-time) for the franchise and finishing second to Larry Crawford with 47 interceptions and earning four CFL All-Star selections to go with a pair of Grey Cup victories. He always had the acumen of someone who would make a great coach one day. Phillips is already relishing phase two of his football career in Claybrooks’ new regime in the den.

“Clay is definitely unique. He’s his own personality in himself,” said Phillips.

“He has a high standard and it’s something that carries over throughout the team. I think everybody is starting to get a glimpse of what that looks like. His approach and his delivery might be a little different than what people are accustomed to, but he definitely sets the tone. That’s why I wanted to be a part of this staff and what he wanted to build. I’m definitely 100 per cent behind him.”

It’s still very early, but watching RP the coach is proving to be every bit as entertaining as RP the player. Just remember to call him by his initials though.