Returning To The ‘6IX’| Business First And Foremost 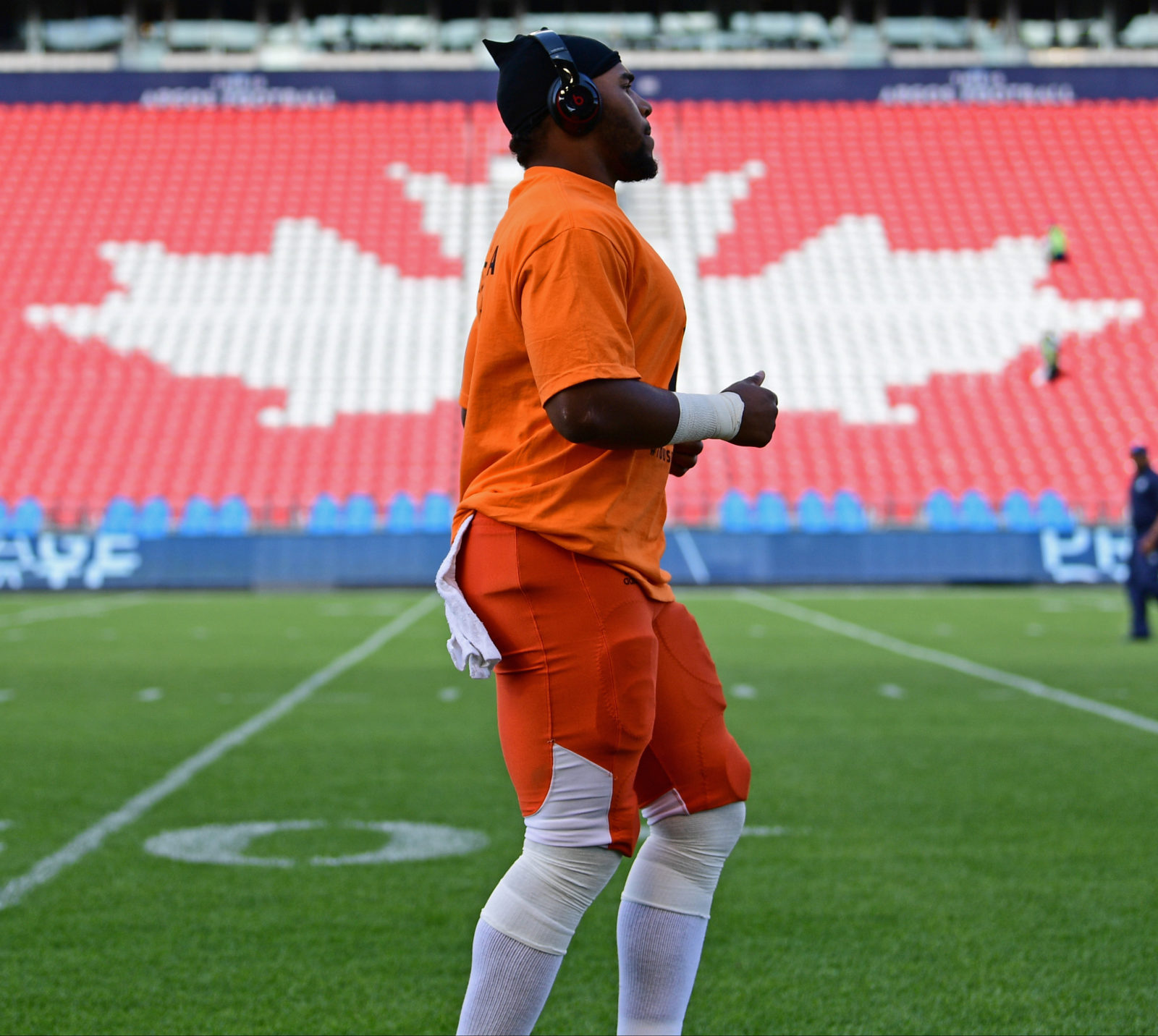 Returning To The ‘6IX’| Business First And Foremost

The world of sports is filled with interesting theories. Perhaps one of the most interesting this writer ever heard was a reason for the Toronto Maple Leafs’ ineptitude and failure to advance to the Stanley Cup Final since the NHL expanded beyond six teams over a half century ago: “There are too many hockey players from Toronto on visiting teams. They all get too jacked up to play the Leafs when they go back.”

It’s a fun one to think about, but probably doesn’t hold much merit. Look no further than the CFL’s Toronto Argonauts: when scanning the list of Grey Cup championships from the last 30 seasons, the double blue is tied for the lead with Calgary at six. Still, every home game played at Skydome/Rogers Centre and now BMO Field has featured a motivated contingent of athletes from the visiting team looking to shine in front of family and friends.

The Lions are not unlike any other CFL squad with their own group of players who are either from or played University football in southern Ontario. The mad dash you hear for a couple of weeks every season is the number of extra tickets a few of them try to scrounge up for visits to both Toronto and Hamilton.

Shaq Johnson, a proud native of Brampton, admits it’s definitely not just another game but his prime focus rests on helping his team bump the three-game slide. 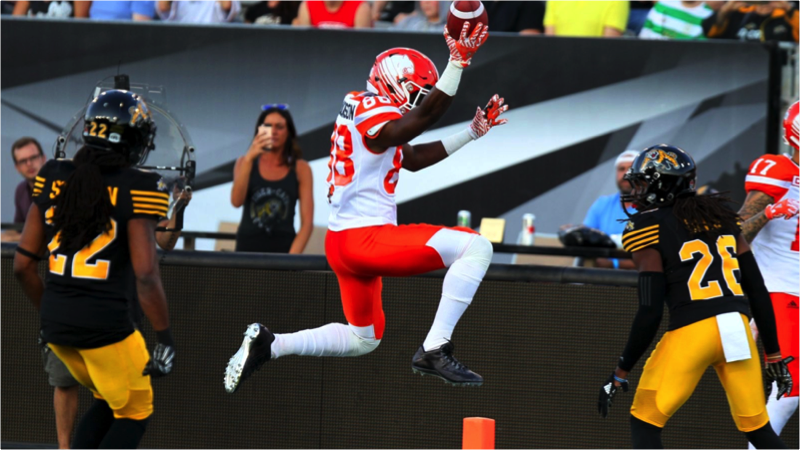 “It’s always great to have my Mom come watch me play, but I’m not worried about all that extra stuff this time around,” said the Lions’ wide receiver.

He is in fact so focused on the job at hand he had to tell most of his family and pals they were on their own for tickets.

“Whoever wants to come out to the game, they’ll have to figure it out on their own,” added Johnson.

Fullback David Mackie hails from tiny Jackson’s Point, a tiny outpost on Lake Simcoe roughly one hour north of Toronto. While most of his buddies spent their extra time playing pond hockey and dreaming of being the next Doug Gilmour, Mackie commuted by bus two hours each way to the nearest high school that had a football program.

Like Johnson, he has stepped away from the ticket broker game this week but admits he will be hard to contain his excitement for playing in Toronto for the second time in his young career.

“Last year I promised I’d get them all and I think I wound up scoring 50 or 60 tickets,” recalled Mackie.

“This year, other than my immediate family and my girlfriend, I have to scale back. It’s awesome to hear about some of the people I know that have purchased their own tickets. Most importantly, I just want to go out there and get a win.  That would make it a lot more enjoyable seeing them.”

The ‘6ix’ has plenty of reasons to puff their chests out these days. The NBA’s Raptors are still basking in championship glory after their historic triumph over the Golden State Warriors. The Leafs, despite their playoffs struggles, have built an exciting core that should keep them in the Stanley Cup discussion for the next decade (brace yourself) and baseball’s Blue Jays, although struggling to win games, boast two of the best MLB prospects in Vladimir Guerrero Jr. and Cavan Biggio.

All of this occurring less than five years after re-igniting excitement in both the GTA and rest of the country with back-to-back trips to the ALCS. Then, of course, there is Drake. We won’t give the talented artist too much credit for the on-field results, but his brand has also helped his city.

That re-discovered swagger is something our players are indeed proud of.

“I’m now a Lebron James fan first and foremost, but I definitely was on board with the Raptors during their run,” said Johnson. 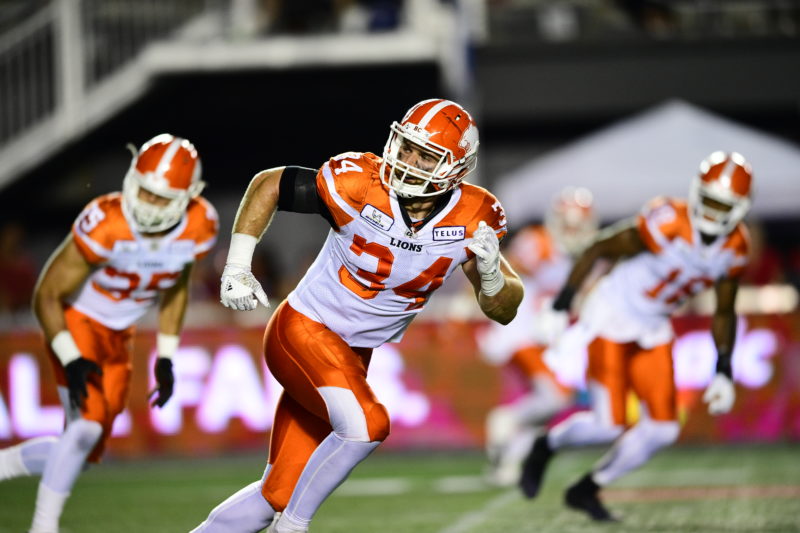 “Once he was out of the playoffs, I obviously had to cheer for my city. The fact they brought in Kawhi Leonard just goes to show you what they were trying to accomplish for not only the city but also the entire country. The fact that they won it all gives me a great feeling. Vince Carter was the guy who got me interested in basketball because we had never had a superstar. All of a sudden, it was like ‘wait, this guy is ours?’ I would say the pride in being a Raptor fan started with Vince, especially for kids of my generation. It gave us hope, especially for kids wanting to play basketball.”

“I just think anyone being Canadian is proud,” added Mackie.

And at the end of the day, they still have a pretty darn proud football contingent.

“It’s funny, I didn’t really think much about this game until we were finished with Calgary,” explained Mackie.

“I think that just shows you how good our coaches have been at making sure we don’t look ahead or behind. I got back to the facility on Sunday and it clicked that I was going back home the next weekend.”

It all sets up to a perfect scenario for getting that first win of the season.