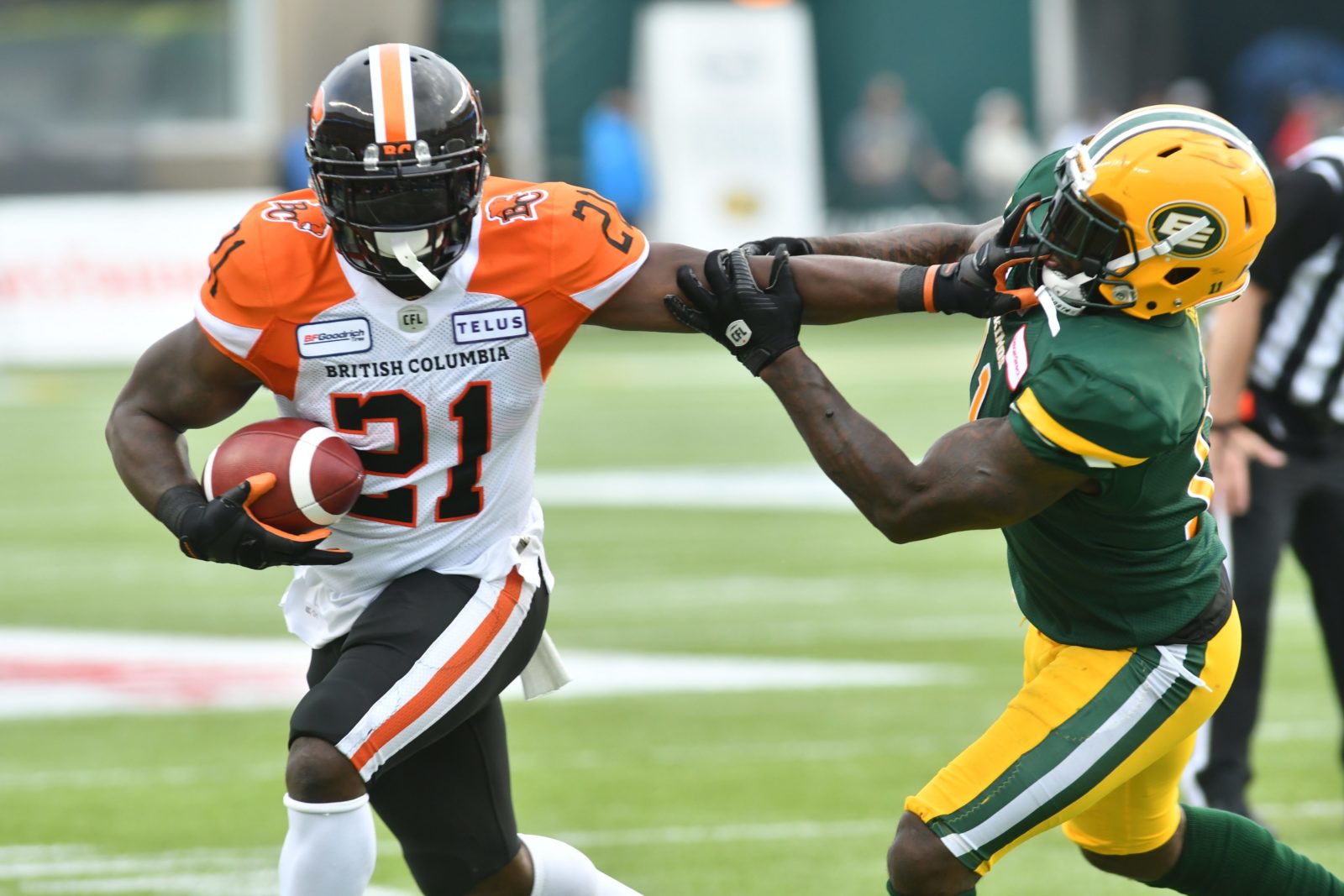 Last meeting: the Eskimos prevailed 39-23 over the Lions at Commonwealth Stadium in week two on June 21st.

After sitting out the win in Toronto with a minor leg injury, Bryan Burnham is back and ready to help the offence churn out a full 60-minute effort; something they have yet to do this season. What better time to start than with the rival Eskimos in town and the chance to win their first divisional game of 2019. Burnham is ready to make sure that happens and show the Edmonton defence they are capable of much more than what they showed in the last meeting.

“I hit the field while those guys were in Toronto and it felt good, so I’m ready to roll,” Burnham said.

“We just have to worry about ourselves. We had a lot of mistakes out there last time we were against Edmonton and we have got to cut those out. We’ve got to protect Mike and receivers have to make plays and get the ball in John White’s hands.”

And it may only be game five of a long grind, yet Burnham and company know how important it is to stay alive in the season series with one more meeting to come in the Alberta capital in October.

The Eskimos’ defensive front came out smelling blood and it showed as they sacked Reilly seven times and made a major statement in the week two meeting at Commonwealth. Naturally, it raised some concern from the masses regarding the Lions’ re-worked offensive line and led to a couple of tweaks. You always hear preaching regarding the importance of the line of scrimmage, yet this week it feels extra important they take care of business upfront.

“It is (huge) in every game, but when you’re playing against a team that has a good front like they do, you need to be able to control the line of scrimmage,” said Reilly.

“And that’s getting the run game involved early and often, which we didn’t do last time that we played against them, and game planning for success; getting our guys in the best position possible. When you run the ball well, you can control the line of scrimmage and take shots down field. As long as we execute early in the game, in a positive manner, we’ll be able to stick to the game plan and when you can do that, you have a great chance of being successful.”

The QB is onto something with the run game. John White has given them a backfield dynamic that had been lacking in the last couple of seasons. But as we’ve talked about, it all starts with the protection from the big boys.

It also applies on the other side of the ball where the Lions’ defence will look to slow down CJ Gable. The veteran back rushed for 111 yards in the week two meeting.

The Defence Not Yet Rests

Coming off a performance where they allowed just eight points and committed three turnovers that led to 10 points of their own, you’d expect Jordan Herdman-Reed and the defence to be feeling pretty good about themselves. Not just yet, however. The mindset being preached from head coach DeVone Claybrooks, defensive coordinator Rich Stubler and everybody else is to simply not allow the opposition to get into the end zone in the dying moments. Still, last week was something they can build on.

“It’s always exciting as a defence when we can get turnovers and give the ball back to our offence,” said Herdman-Reed.

“I feel like we’re going to have a lot more of that going forward. It was great to be able to shut down the run but now we want to focus on playing a full 60 minutes. I think we’re getting there. I’m excited about it.”

Facing Trevor Harris and an opportunistic Eskimos’ offence will provide a perfect test.

“He’s a good quarterback and has some good receivers like Greg Ellingson and Ricky Collins Jr along with a good running back. If we can take away those weapons I feel like we’ll have a good day,” added the former SFU standout. 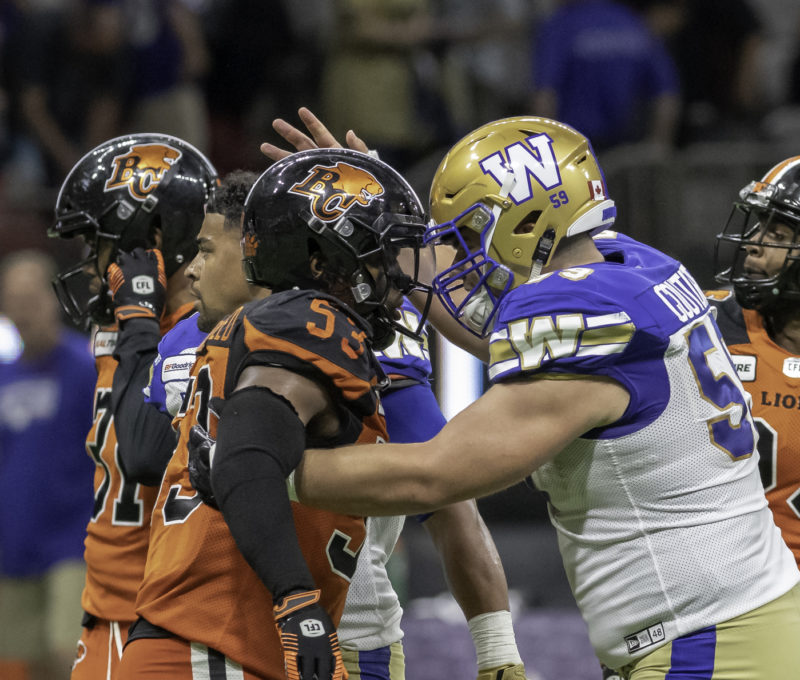 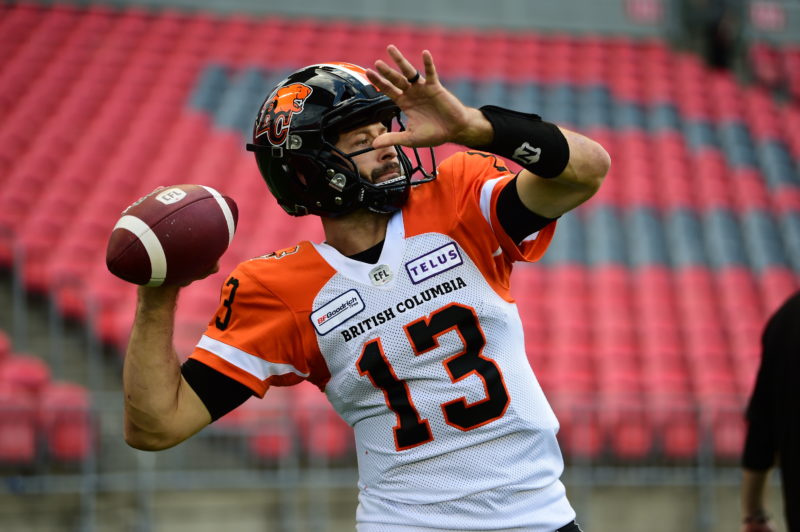 Burnham’s return comes at the expense of Marquis Bundy on this week’s roster. Canadian Rashaun Simonise will once again dress, this time primarily in a special teams role. New punter Josh Bartel makes his Lions debut with his status as a National meaning Frederic Chagnon will sit out this week. Defensive end Ebo Ogundeko will make his season debut in place of Darius Allen who suffered a knee injury in Toronto.

Last week was Reilly’s 100th career regular season start and the 21st fourth-quarter winning drive he engineered in his career. His overall record now at 55-45-0. He is 1-1 lifetime against the Eskimos.

Odell Willis enters this one just one sack shy of 100 for his career. He made some strides last week by making five different types of defensive plays: a sack, tackle, tackle for a loss, forced fumble and a pass knockdown.

Opening quarter stalemate? The Lions have allowed just three first-quarter points in four games, while the Eskimos have only managed to put up five points in the opening 15 minutes in their three contests. The Lions were blanked in the first quarter against the Argonauts last week.

Harris will have another weapon at his disposal as receiver DaVaris Daniels is slated to make his Eskimos debut. The Grey Cup champion with Calgary was added as part of their busy opening day of free agency back in February.

Protecting lead will be the key: Not only did the Eskimos overcome an early 14-point deficit in week two in Edmonton, but they have also come back from ten or more points to win in five of the last 11 overall meetings between the two clubs.

TSN 1040 has you covered, beginning with the pre-game show at 5:00 PM. Bob Marjanovich and Giulio Caravatta have the action at 7:00 PM. Viewers can watch on TSN 1 while Lions fans south of the border can stream the game on ESPN+. Fans across the pond in Ireland and the UK can watch on BT Sport. 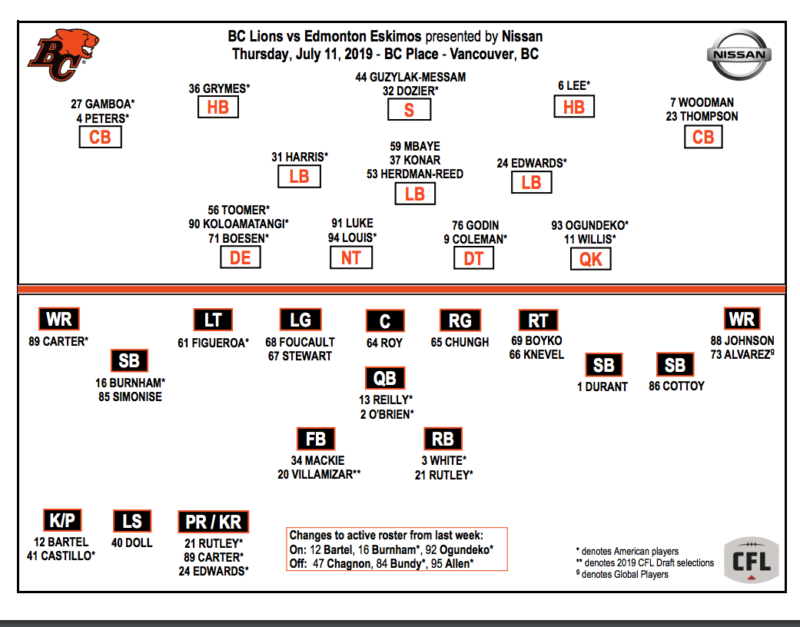