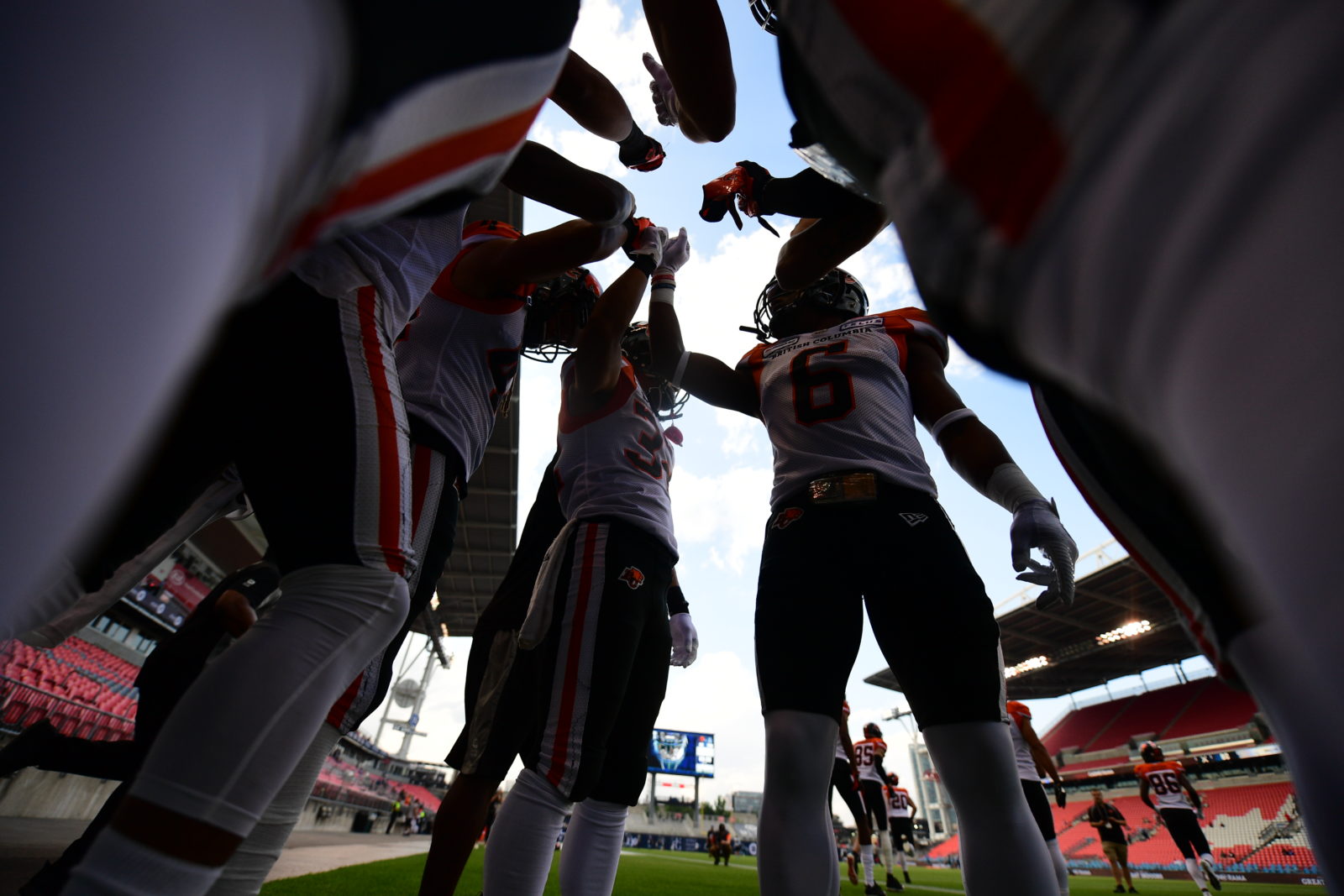 Recent history: the Roughriders took both regular season meetings in 2018, a 24-21 victory at BC Place on August 24th and then a 35-16 triumph in Regina on October 27th. That second loss assured the Lions of a fourth-place finish and trip to Hamilton for the Eastern Semi-Final.

Vegas odds: The Riders are listed as two-point favourites with the over/under set at 51.5 points.

Back To Backs Best Treated As Just That… Separate Games

With the same teams battling at BC Place one week from Saturday, it’s tempting to look at this as a chance for both teams to pick up four points and not only create some separation in the standings but lock up the season series with another visit from the Riders to come on October 18th. That all holds true, especially with the very real prospect of four West Division teams qualifying for the playoffs. Yet Mike Reilly has been around long enough to know you can’t sweep a home and home series without getting the first one. And that’s all he and the squad will think about until the final gun sounds in Regina on Saturday night.

“You try not to look ahead and just deal with the task at hand, which is playing against Sask. for the first time this year,” said Reilly.

“We’ll deal with the next week when that time comes. That’s something that happens a lot in this league is playing back to back against the same opponent so that creates different challenges the second time that you play the team but you can’t worry about that before you play them the first time.”

With both of these clubs having just a single win against Toronto to show for their efforts, it adds up to a battle between two desperate teams in week six.

“We haven’t faired well at all against the West this year,” added Reilly.

“If we want to be a post-season team we have to start having success against our own division. This is the next opportunity to try and do that.” 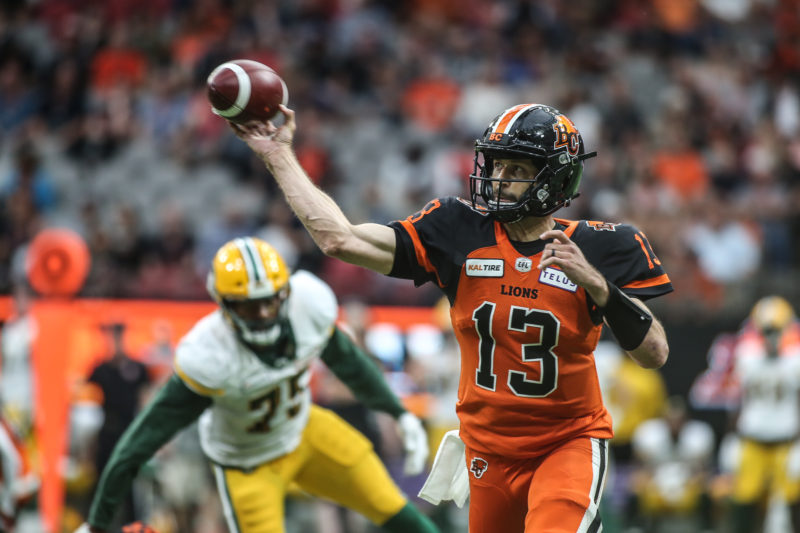 In yet another week where we are talking about the line of scrimmage and its importance, members of the defensive line are also recognizing they need to step up in a big way for the team to be successful. It all starts with pressuring the quarterback. With just three career starts on his resume, Cody Fajardo represents by far the least-experienced Davon Coleman and company have faced so far this season. Seeing as they played with him last season, they know what he brings to the table.

“He’s definitely an athlete at quarterback so we definitely have to contain him and his drop is very deep so we have to run and get pressure to him,” explained Coleman.

“We’re not underestimating him at all. We know what Cody can do; he was with us the whole year last year. We went against him with the practice squad, he helped us out and we know what he can do as far as throwing the ball. We want to attack him and keep him in the pocket.”

The Lions defence has committed only seven sacks this season, 11 short of league-leading Hamilton in that category. They also sit in the bottom third of two and outs forced on the opposing offence. Churning out more of those goes a long way in staying fresh for the fourth quarter. Coleman says it all starts with one thing:

“It comes down to tackling. That’s the main thing we’re focusing on coming into the weekend and the rest of the season. If we did more of that, we would be 4-1 instead of 1-4.”

Efficiency Name of The Game For J-Jack

After putting up a combined 24 points in their last two outings, Jarious Jackson and his offence are beginning the feel the heat and that’s been evident over the course of a productive long practice week. Now they are embracing the challenge against another tough defence head-on.

“It is what it is as far as where we are right now,” said Jackson.

“Our record speaks for itself but at the end of the day, there is still lots of football to be played so hopefully, we can turn it around this weekend.”

Going into a hostile environment makes a fast start and an early big play extra important. One thing they can hang their hats on is the first quarter hasn’t always been the problem this season. You can look to the road games at Edmonton and Calgary as further proof to that. Above everything else, Jackson is calling on his unit to be a balanced attack with John White in the backfield and play an overall clean game for four quarters, something they have yet to accomplish through five games.

“To me, you can’t be successful if you’re not running the ball. We know it’s a throwing league but at the end of the day, we definitely have to run the ball for sure.”

With the Riders’ pass rush boasting a couple of big playmakers in Micah Johnson and Charleston Hughes, it will provide quite the challenge. All the more reason to bring that efficiency.

The Lions are winless in two visits to the new Mosaic venue, one each coming in the previous two seasons. This comes following a stretch of four consecutive wins at the old stadium across the street, including the final ever regular season contest played there on October 28th, 2016.

The Roughriders also hold a slight edge in the all-time regular-season series, posting a 98-91-4 mark dating back to the Lions’ inaugural season of 1954.

Not looking to repeat history in every regard: the Lions will try and avoid their first 1-5 start since the magical Grey Cup turnaround of 2011. The club also began 1-5 the season prior after the return to temporary Empire Field.

Hello, old friends: Fajardo is far from the only ex-Lion to suit up on Saturday. Emmanuel Arceneaux is slated to make his Riders debut and looks to extend his streak of 101 games with at least one reception. Manny also needs just 73 yards to climb into the top 40 on the CFL’s all-time list. On defence, Solomon Elimimian suits up for his second game as a Rider while fellow linebacker Dyshawn Davis has played a limited role on defence.

Lions by the numbers: Despite missing one game, Bryan Burnham enters this week sixth in league receiving yards and has recorded at least one catch in 69 consecutive starts. Odell Willis remains one sack shy of 100 for his great career

Sukh Chungh (upper-body injury) will miss his first game of the season. Philip Norman took most of his reps. at the right guard position this week. Brett Boyko is slated to fill the big shoes of Joel Figueroa at left tackle as Fig recovers from some bumps and bruises he’d been playing through.

TSN 1040 has you covered, beginning with the pre-game show at 2:00 PM PT. Bob Marjanovich and Giulio Caravatta bring you the action at 4:00 PM PT. Viewers can watch on TSN 1 while Lions fans south of the border can stream on ESPN+. Fans across the pond in the UK and Ireland can watch on BT Sport.