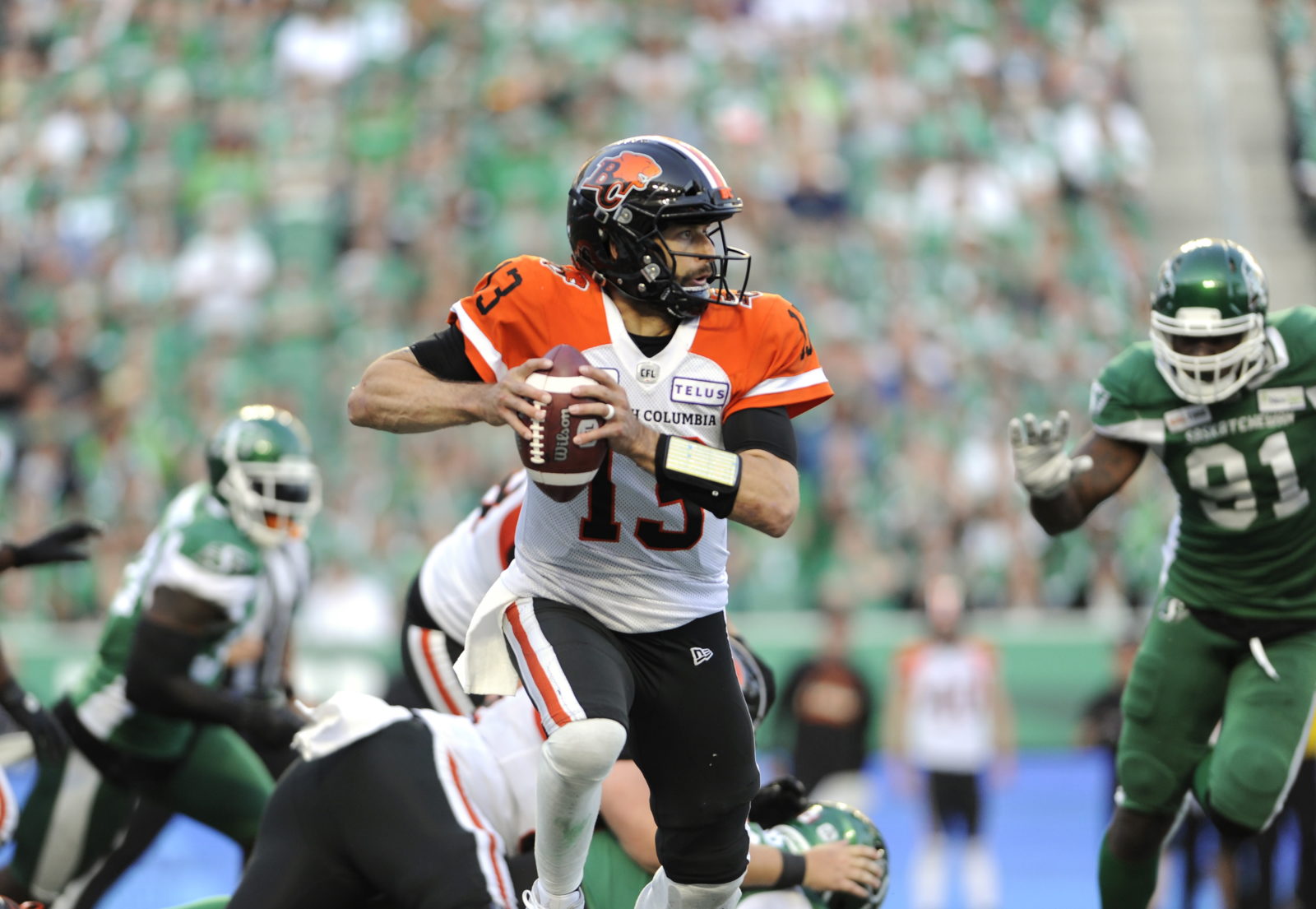 BC Lions quarterback Mike Reilly scrambles to find a pass during second half CFL action against the Saskatchewan Roughriders, at Mosaic Stadium in Regina on Saturday, July 20, 2019. THE CANADIAN PRESS/Mark Taylor

Last week/Recent History: Saskatchewan prevailed 38-25 in the first of this home and home series at Regina’s Mosaic Stadium. Overall, the Riders have won four straight regular season meetings after the Lions had previously built a seven-game winning streak in games between the clubs.

Vegas odds: The Riders are listed as three-point favourites with the over/under set at 52.

In a game where Brandon Rutley and the offence recorded 468 total yards and won the time of possession battle by over six minutes, what most will take from last week in Regina is the fact they had to settle for four Sergio Castillo field goals, three of those coming from 29 yards or closer. The lack of finish in the red zone has been a talking point at practice all week long. You don’t have to be a math major to figure out they could have put themselves in a better position to win that game. This week, finishing is the key.

“We have to. Even for myself, when we get to the red zone, we have to score points,” said Rutley.

“That’s the goal. Obviously, field goals are good but we need seven points. You think about these last six weeks, we’ve been in the red zone I don’t know, 20-plus times? We’ve been lacking on touchdowns. If we start scoring those touchdowns, we’ll win games.”

To be precise, the Lions’ offence has scored eight touchdowns in 16 trips to the red zone through six games. That 50 per cent clip is tied with Edmonton for eighth in the CFL.

As for the positives, Rutley’s 73-yard rushing performance proved he has come back stronger from the torn ACL suffered in his lone appearance last season.

“Obviously, we want to win. That’s the most important thing,” added Rutley.

“We want to establish physical running. I don’t want any change from when John plays. It needs to be even better.” 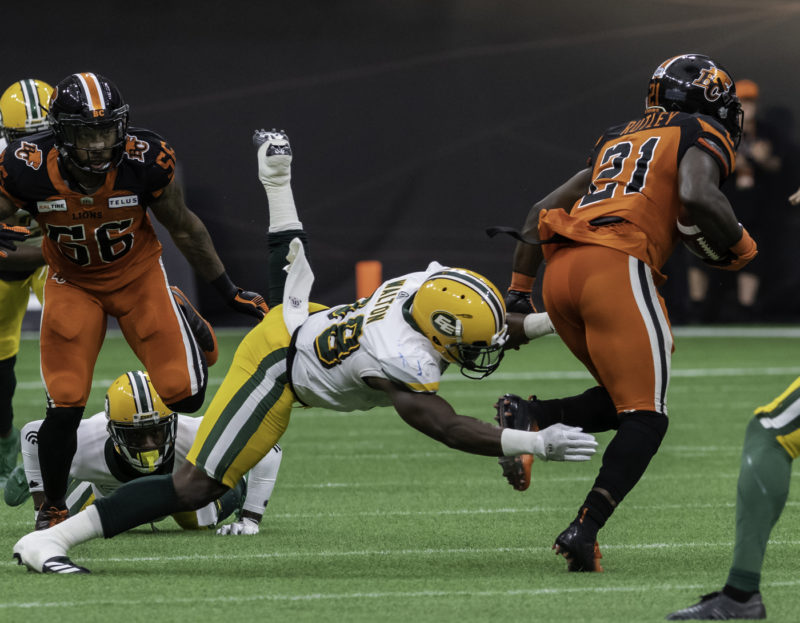 The term ‘must-win’ has been thrown out a few times over the course of this six-game stretch, but this week that seems like an accurate way to describe it. The Riders lead by two points in the standings with a game in hand and have also gained a leg up in the season series with these clubs meeting at BC Place one more time on October 18th. It doesn’t take a math major to figure out another loss for Bryan Burnham and company would mean quite the uphill climb when they return from the bye week. Still, the competitive nature of these guys breeds that type of thinking no matter what the circumstance.

“I don’t really think about it as desperation,” explained the Lions’ leading receiver.

“You play the game to win. Yeah, I understand we’re 1-5 and we need to win a game to get us going but I want to approach it the same way I approach every game.”

Head coach DeVone Claybrooks has not been in this predicament for quite some time, certainly never in his tenure on the Calgary Stampeders coaching staff. Still, he hasn’t lost sight of how he needs to keep the players prepared and motivated to bust the early-season slump.

“I think every game is a must-win, so you approach it that way,” said the head coach.

To a man, they also believe getting another shot at this Roughriders team after just one week is all of the motivation they need to start a streak.”

“I’ve got confidence every time I step on the field that we can beat any team that we play,” added Claybrooks.

“But we also have to execute ourselves, eliminate the mistakes we’ve been making and dot all of our Is and cross all of our Ts. I feel like we’re doing that.”

Defensive shuffle. GM Ed Hervey continues to do his part in fixing what has ailed this Lions squad through six games and this week the defence will have some new looks. Cornerback Crezdon Butler (pictured below), defensive end Charles Wright and lineman Mackendy Cheridor all make their debuts in this critical rematch.

Butler is by far the most experienced of this trio with 26 games in Saskatchewan under his belt. He only arrived in Surrey on Monday following a very brief stint in Toronto, one that no game action. Needless to say, the former Clemson Tiger is ready to contribute.

“It feels good to be on the football field again. Sitting at home is kind of stressful because you see guys out there ballin’ and you want to get out there,” said Butler.

“It’s just the mentality (that made me want to come). I played against Claybrooks. I’ve seen how his defence is run and how aggressive they are. You want to be a part of something like that. Regardless of what the record is, it’s going to switch over soon.”

“He brings some veteran leadership who has seen a lot of football,” said Claybrooks of Butler.

The entire squad can look at the work done by Hervey and realize that management is still a long way from throwing in the towel on this 2019 season. The expectation is everybody will respond. 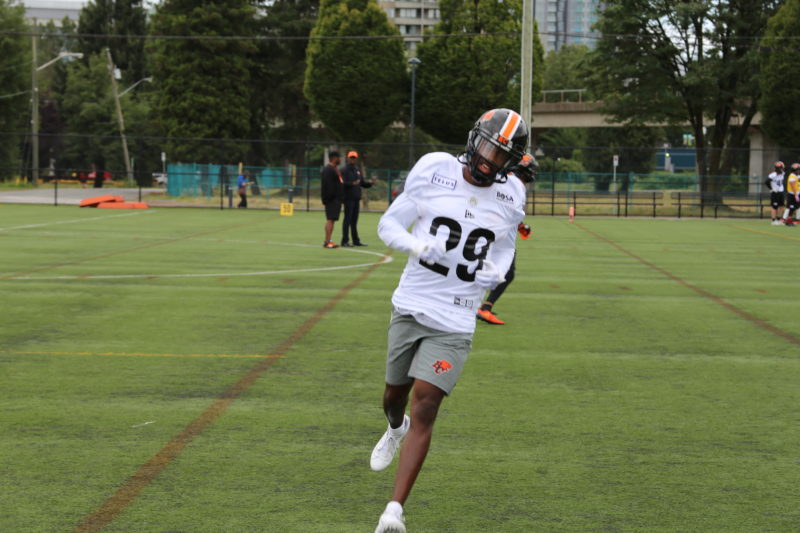 Another week, another tweak on the offensive line. Andrew Peirson is next man up at centre with Jean-Simon Roy still dealing with his injury suffered last week. The non-drafted Canadian out of Gannon University started the final three regular season games plus the 2018 Eastern Semi-Final in Hamilton after injuries season-ending injuries to Cody Husband and Peter Godber. Sukh Chungh (tricep) will miss one more week and expected to be fully healed after the buy.

From the always-reliable CFL stats master Steve Daniel: this marks the fourth time in the past five seasons BC and Saskatchewan meet in a back-to-back situation. The Lions pulled off the sweep in 2015 and 2016 (The ladder including the final ever game at old Mosaic Stadium) while the clubs split their home and home in 2017. They did not meet in a back-t0-back in 2018. In addition, since 1974 these teams have met in nine back-to-back situations with the Roughriders failing to register a sweep in each instance. There have been four Lions sweeps and five splits.

Friends and former teammates Byran Burnham and Emmanuel Arceneaux continue to deliver. Last week, Burnham extended his streak to 70 games with at least one reception, while Manny’s lone catch with 10:20 to play kept his personal streak alive at 102 games.

Must provide an answer to Charleston Hughes: coming off a ten-tackle performance in the first meeting, the ex-Stampeder has recorded a sack in four straight games and lead’s the league with eight total coming into this week.

TSN 1040 has you covered, beginning with the pre-game show at 2:00 PM PT. Bob Marjanovich and Giulio Caravatta have the action at 4:00 PM PT. Viewers can watch on TSN 1, while Lions fans south of the border can stream it on ESPN+. Fans in Mexico can see the game on MVS, while those in the UK and Ireland can watch on BT Sport. 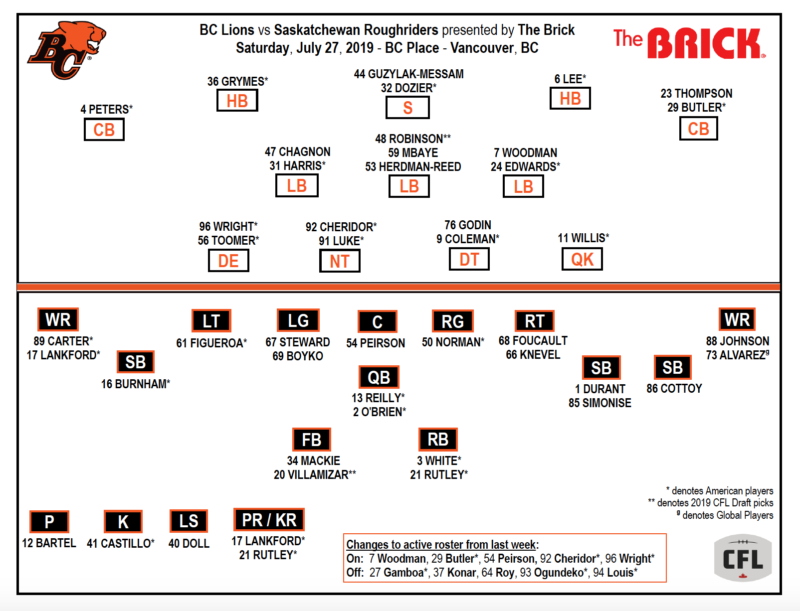