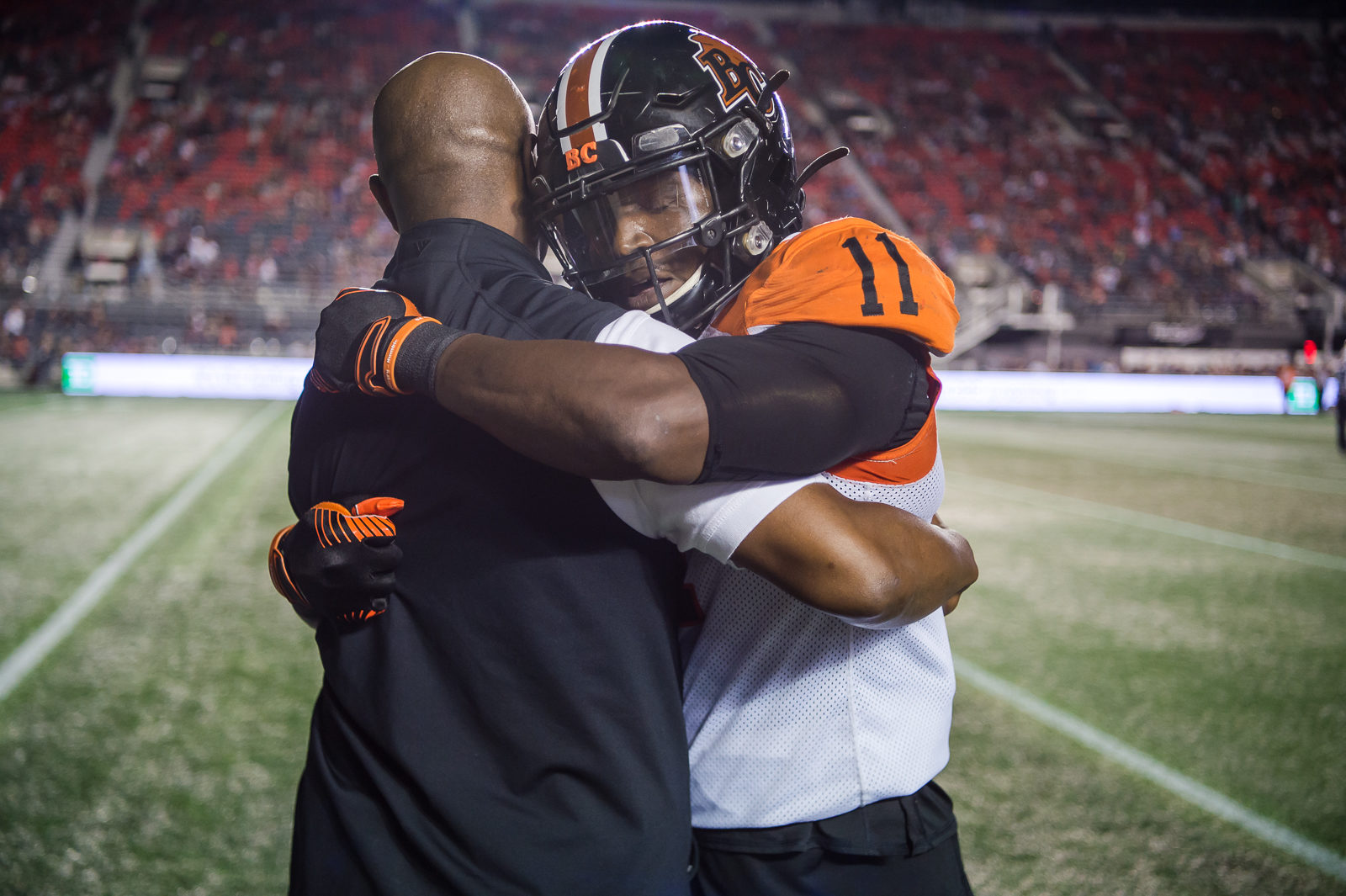 You could see the emotion in his eyes. And maybe the hard journey he took to the pros, combined with the fact it took him a few weeks to get it made it mean a lot more. After Odell Willis became the latest CFL defender to reach 100 sacks for his career, or as he called it, ‘Mt Sackmore,’ the competitor in him realized he still has a few more left as he tries to help the Lions continue their monumental grind toward a playoff spot. Still, the moment called for some reflection.

In classic Odell fashion, he reached the century mark on a nifty twist play late in the Lions’ domination of the Ottawa RedBlacks on Saturday night. The pride of Meridian, Mississippi is just the 12th in CFL history to reach the century mark, with the list including legends such as Grover Covington, Elfrid Payton, Joe Montford and the late James ‘Quick’ Parker, just to name a few.

“When I first started, I never thought I would get to 100 sacks, let alone 100 games up here,” a still overjoyed Willis said on Tuesday. 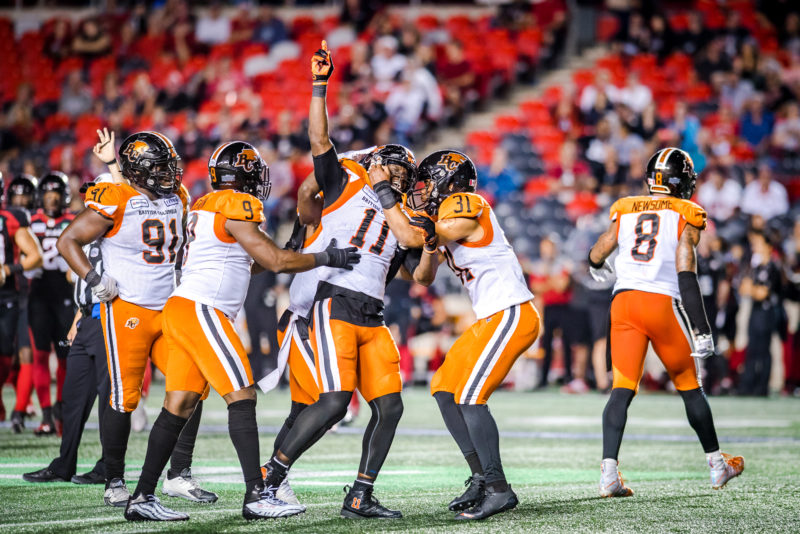 “It was pure excitement, pure joy. I was glad my teammates celebrated with me because, without them, it couldn’t have been possible. The monkey is off my back. I’m just excited. Normally I try to downplay a lot of stuff but I really am excited about this milestone.”

And really, all you needed to do was see how those teammates reacted to the play just to get a grasp of how much it truly means to the wily veteran of 11 CFL seasons.

“It’s something that we talked about last year, being roommates on the road. I’m just thankful that I was able to find a way to get back here and experience that moment with him because I know how much of a huge milestone it is for him and seeing the work that he put in. Just knowing that I come from a similar background as far as playing for a few different teams in the league, I came up through the Arena League as well, smaller colleges like he did so just to see someone else that you’re friends with getting that milestone makes me hungry as well.” 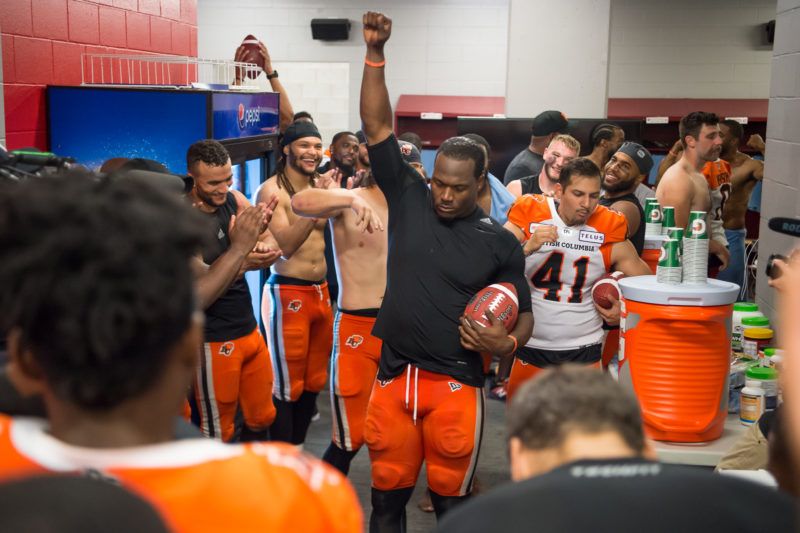 DeVone Claybrooks knew what Willis was all about back when he himself was still playing. Now he has been honoured to get the opportunity to be his head coach and see him continue to hit these milestones. 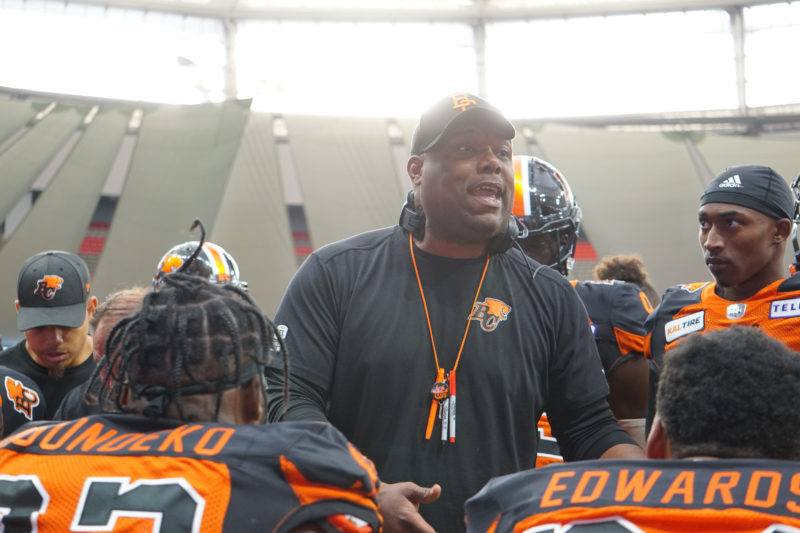 “It’s crazy, they call him the ‘Super Old G’ since he’s the elder statesman,” laughed Claybrooks. “He had the six sacks in Calgary in ’09 and that’s when I first met him. We used to hang out and everything. I’ve known him since he was the knucklehead. The irony of the whole thing is I’m sending Odell to talk to young guys and make sure they understand this and that. I was that old guy talking to Odell that first year about learning how to play the game, being a pro and those types of details. I was like ‘my, my, my, we have grown up.'”

season was Odell’s first taste of a league that has now given him a lifetime’s worth of great moments. It was also in Calgary where he came across another friend in current Lions’ running backs coach Nik Lewis. With his spot on the roster far from solidified and the rookie pay not exactly staggering, he had to do what he could to try and stretch a dollar. 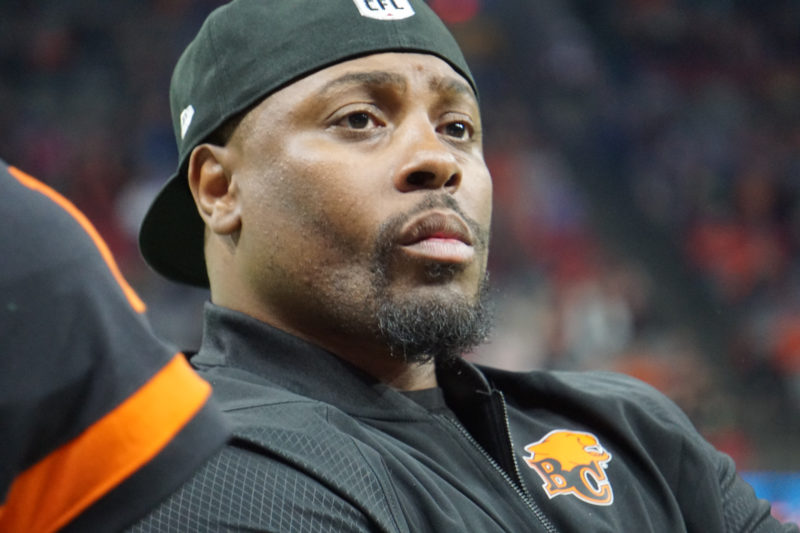 “I used to ask Nik if I could wash his car so I can make some extra money,” said Willis.

“You had Nik Lewis, Claybrooks was there and then I’m playing against guys like Jarious Jackson and Markus Howell. Claybrooks was that older guy telling me I can’t do that. I was like, ‘why are you always on me?’ I was just that young, dumb kid not knowing any better. Now I’m the guy telling the kids they can’t do that. It’s just hand in hand how life changes and you’re just thankful for it. You enjoy it because you know it doesn’t last forever.”

From there, it was on to Winnipeg where he established himself as a star on defence while helping the Blue Bombers nearly reach the top of the mountain before they fell to the Lions in the 99th Grey Cup at BC Place. He would finally earn his first ring with Edmonton four years later.

Yet you forgive him for admitting he never in a million years thought this would happen. Following a solid four-year stint at West Georgia where he was a two-time All-Gulf South Conference selection, Willis bounced around Arena League 2 before migrating north of the border. Before he even landed north of the border, Willis faced a life-altering decision

“If people only knew the story,” began Willis when talking about those times. 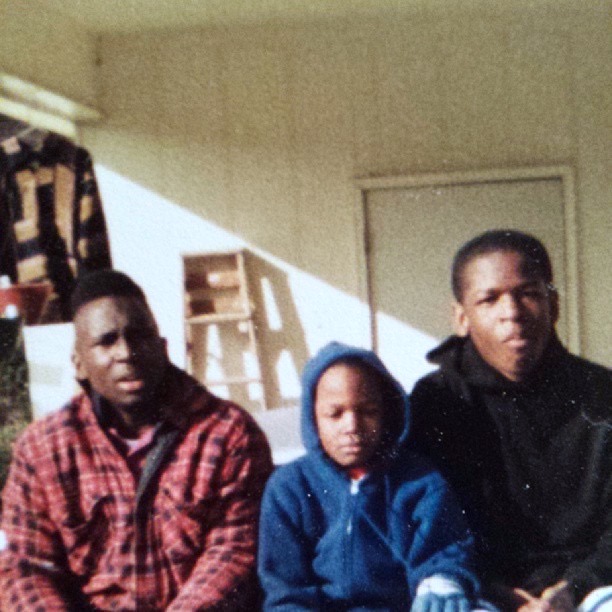 “I went to a small school and just never knew the logistics. I was just like, ‘okay if you’re a top player in college you deserve to go to the NFL.’ Coming out, I didn’t get any shots. So I went to Arena ball and at this was before it became what it is now. I was making what, $200 per game? Then when the league folded, I really had nothing but the streets. Selling drugs to get the bills paid isn’t something you really want to do, it’s not the life and it’s not the way my Mom raised me.”

After deciding to give it one last shot he received a lifeline from Calgary’s defensive coordinator and his future head coach in Edmonton.

“It just so happened a little short, white guy by the name of Chris Jones gave me a workout the day after my birthday, which was kind of strange because I’m like ‘do I want to get it in on my birthday party and have drinks or do I want to take this workout seriously?’ I got it in. I remember him working us out for like two hours straight. I’m killing the workout but I’m like ‘coach, let me go throw up real quick.’ He kind of liked it because he could smell the alcohol on me and stuff like that but it was like ‘ok, this guy can come out here and go until he can’t go anymore.’ December 29th, 2008 was when my life changed,” recalled Willis. 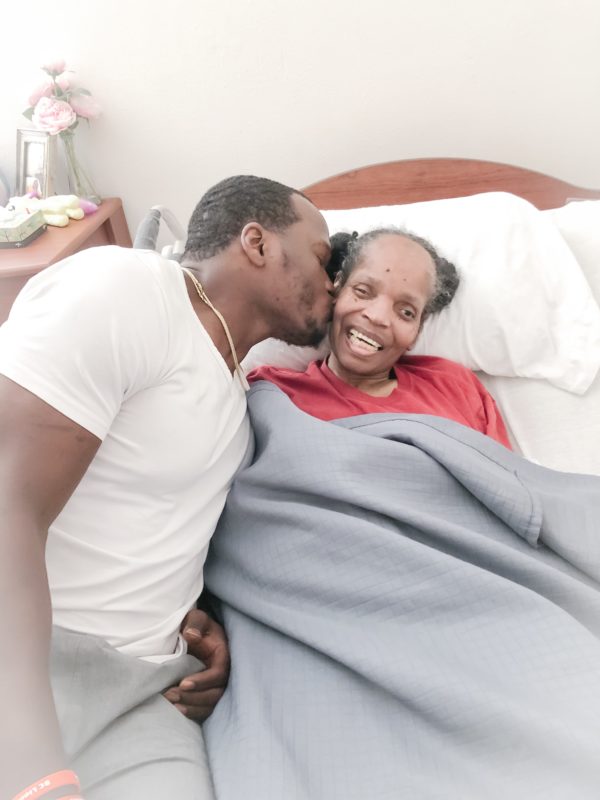 After all these years, he contends he would have accomplished none of it without the love and support of his mom Patricia who raised him by herself and still serves as his biggest fan. Despite living with Multiple Sclerosis, she remains the strongest figure in his life

“I’ve just never seen her complain much about anything,” he said.

“Day in day out, watching her put in the work, taking care of me, making sure I had a roof over my head and food on the table, clothes on my back; it was just a blessing. When I look back now, that’s the thing that amazed me the most because she could have easily found a guy to come in the home and be that father figure but she let me kind of figure it out. I grew up more as like she was my best friend.” 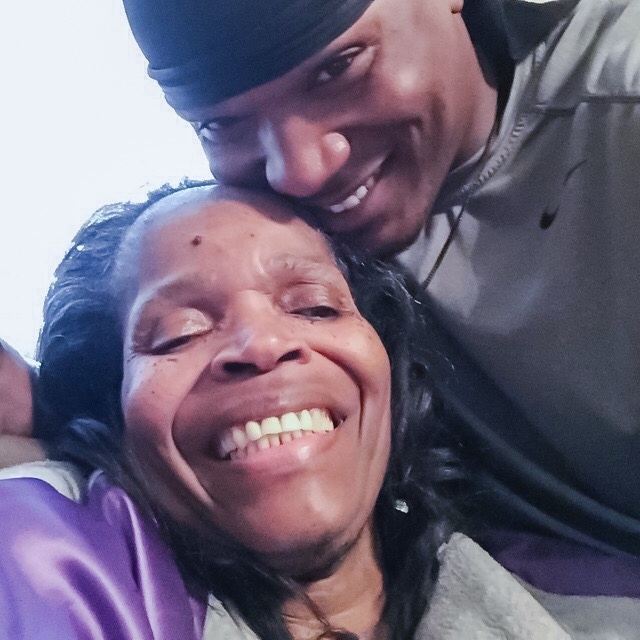 He credits her determination for staying motivated to practice every day, even if the weather conditions aren’t perfect or he isn’t always in the nicest mood. All he can do to motivate himself is think back to the days where he had to earn his job. Willis also has become a better veteran leader as a result of all of that.

“What a lot of guys don’t know about Odell is that he’s one of the most caring guys as far as he’s more of a big brother figure to guys,” added Lemon.

“He’s always looking out for people and going the extra mile to help you prepare yourself for games and stuff.” 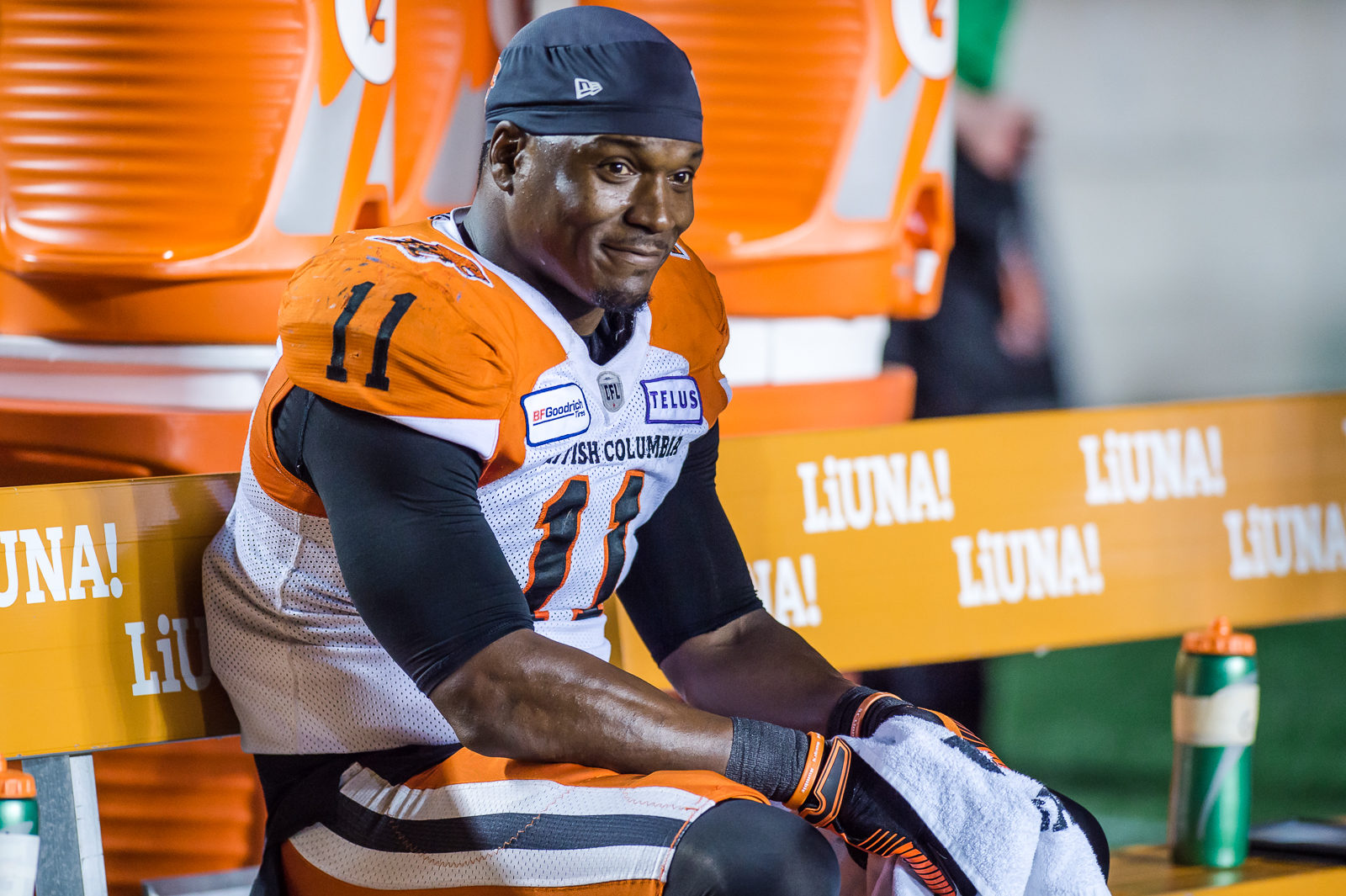