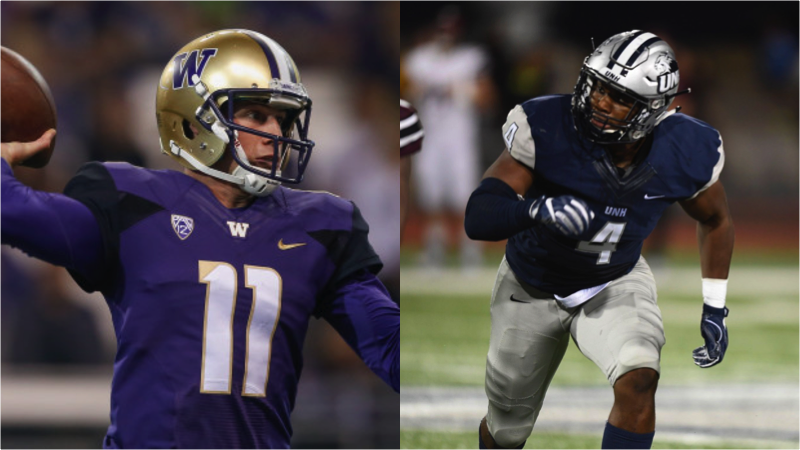 The BC Lions Football Club today announced that American quarterback K.J. Carta–Samuels and linebacker Quinlen Dean have signed 2020 contracts with the club.

Carta-Samuels (6’2”, 225) spent the 2018 season at Colorado State as a graduate transfer following a four-year run as a back-up at the University of Washington. Starting eight of his 10 appearances at CSU, he was good on 183 of his 298 passing attempts for 2,261 yards and 19 touchdowns. The California native also set a school record in his first start as a Ram torching the Hawaii Warriors for 537 yards and five majors in his debut.

Dean (6’0”, 230) appeared in 37 games at the University of New Hampshire from 2016 to 2018. The hard-hitting linebacker racked-up an impressive 146 solo stops 22 of which were for a loss to go along with seven sacks and five interceptions.