Lions Lock Up T.J. Lee To Extension Through 2021 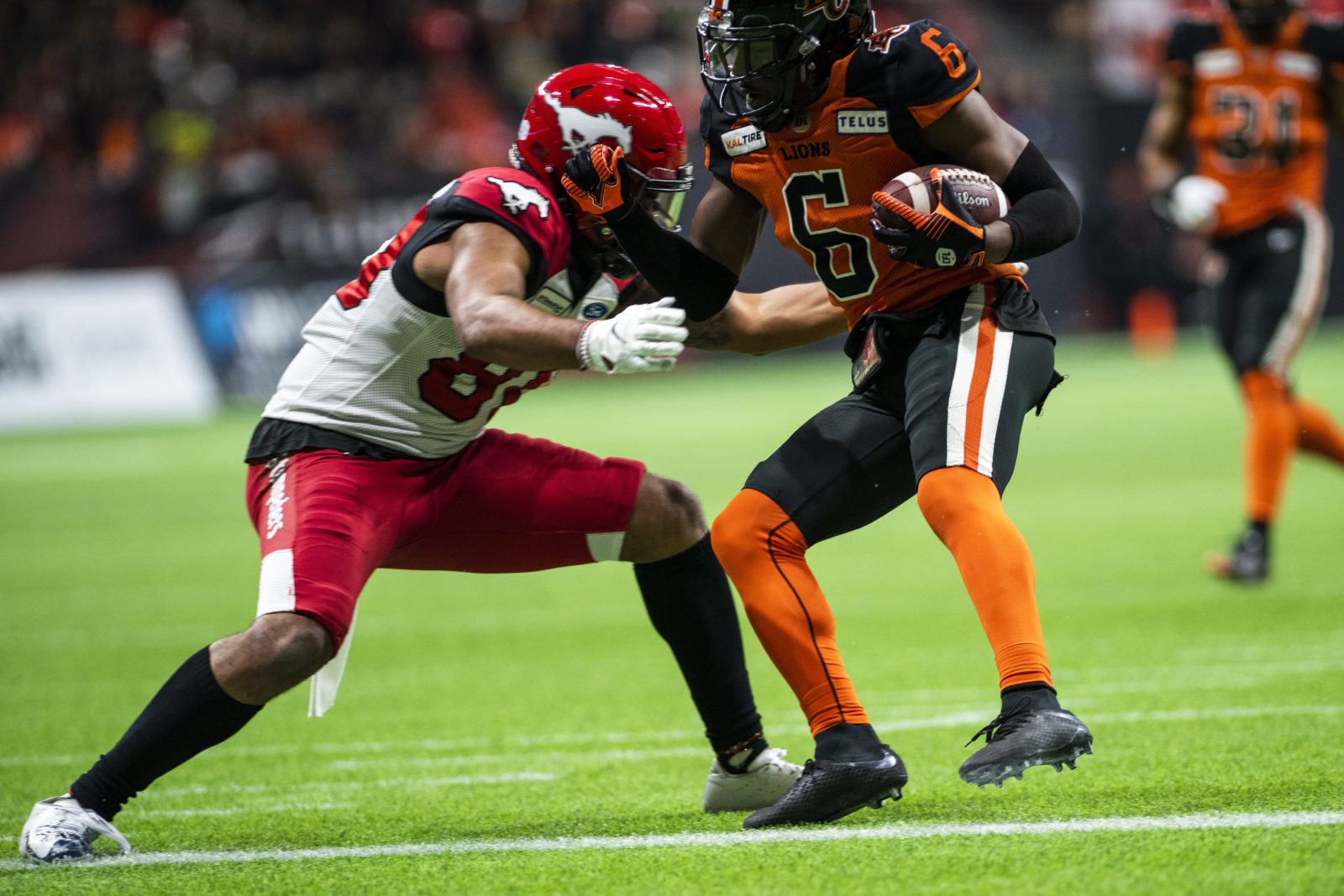 Lions Lock Up T.J. Lee To Extension Through 2021

BC Lions defensive back T.J. Lee (6) intercepts the ball from a Calgary Stampeders player during the first half of a CFL football game in Vancouver, B.C., on Saturday, November 2, 2019. THE CANADIAN PRESS/Jimmy Jeong

The BC Lions Football Club announced on Tuesday it has signed defensive back T.J. Lee to a contract extension through the 2021 season. T.J. was eligible to become a free agent after 2020.

“This is where I want to be and I couldn’t be more excited to remain here in the future as we pursue our goal of winning some Grey Cups,” said Lee.

“Both the organization and my family have given me great support along the way.”

A native of Seattle, T.J. was the club’s 2019 nominee for Most Outstanding Defensive Player after recording 72 total tackles to go along with four interceptions and a forced fumble.

“Having T.J. locked up for two more years is great for our defence as well as the overall continuity of our roster,” added Lions GM Ed Hervey.

“His production on the field and his veteran presence in the locker room are both invaluable traits for us.”

T.J.’s most productive campaign in orange and black came in 2018 when he racked up 81 defensive tackles, three interceptions- one of which was returned 37 yards for a touchdown- and two forced fumbles. He was also named both a CFL and West Division All-Star that season.

The Lions originally signed T.J. before the 2014 season. He had previously spent four productive years at Eastern Washington University where he racked up 182 tackles, four interceptions and a school-record seven forced fumbles while helping the Eagles win a D-1AA National Championship.