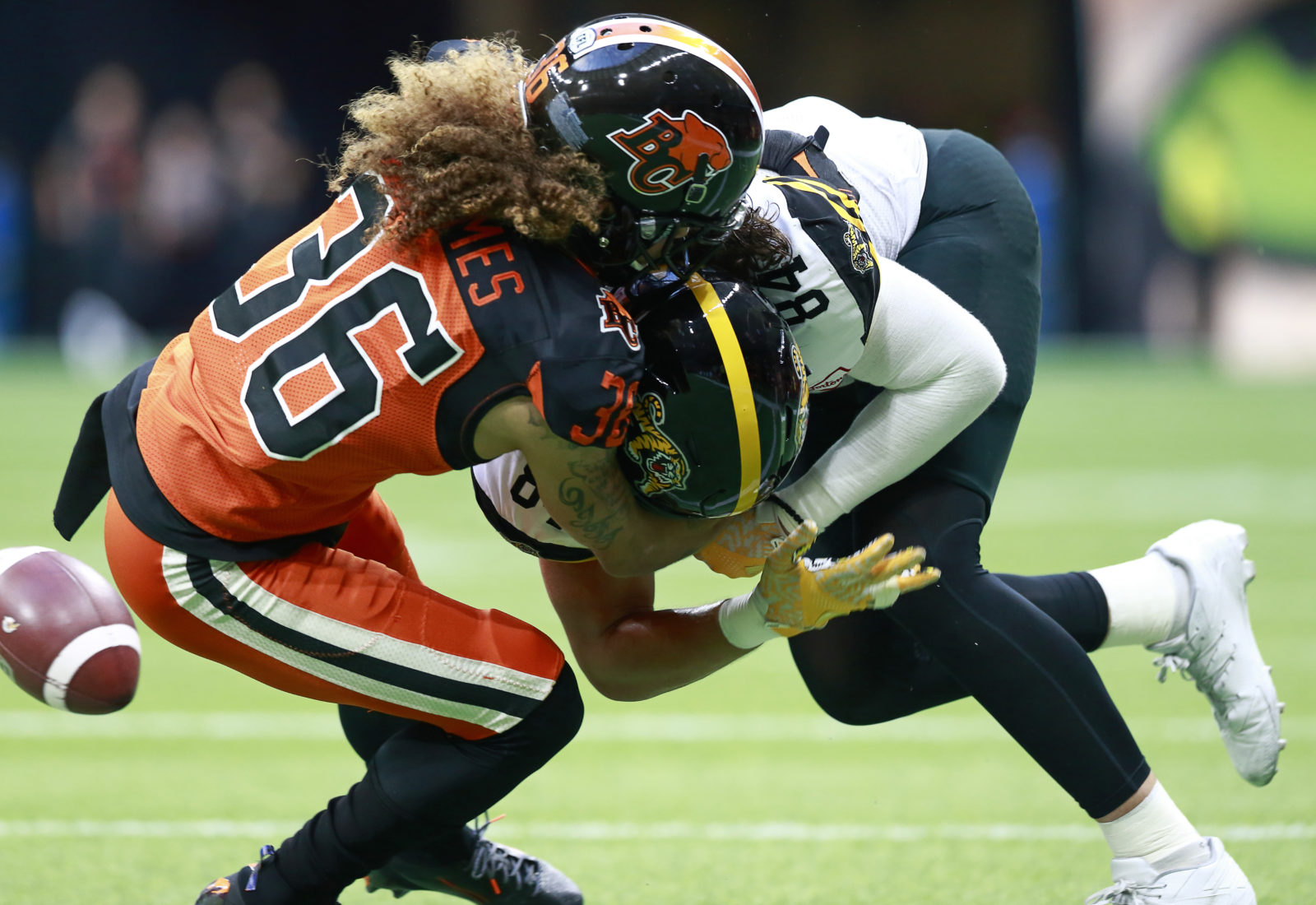 VANCOUVER, BC - AUGUST 24: The Hamilton Tiger-Cats play the BC Lions in their CFL game August 24, 2019 at BC Place in Vancouver, BC. (Photo by Jeff Vinnick/BC Lions)

The BC Lions Football Club announced on Wednesday morning it has re-signed defensive back Aaron Grymes through the 2021 season. Aaron was eligible to become a free agent on February 11th.

“I came to the Lions last year because I believe we’re building something special and I never wanted to leave after just one year,” said Grymes from his offseason home in Idaho.

“ I’m grateful to have the trust of the organization and for them to allow me to continue playing the game I love.”

Aaron was a big contributor to the Lions secondary in 2019. Appearing in 16 games, the Seattle native recorded 54 defensive tackles and an interception.

Aaron was a great addition for us last year and having him back for two more gives us great continuity in our defensive backfield,” added GM Ed Hervey.

“Having been with him for most of his career, I know he brings a lot of important elements to the table when it comes to building the defence we want.”

Prior to moving to the west coast, Aaron enjoyed a very productive tenure with the Edmonton Eskimos where he racked up 181 defensive stops, 11 interceptions (two for touchdowns), two forced fumbles and a sack in 66 games. Aaron helped Edmonton win the 2015 Grey Cup and was named a CFL All-Star that same season.

The former Idaho Vandals star spent time with the Philadelphia Eagles, suiting up in four pre-season games before being promoted to the active roster in November of 2016. He then returned to Edmonton late in the 2017 campaign.