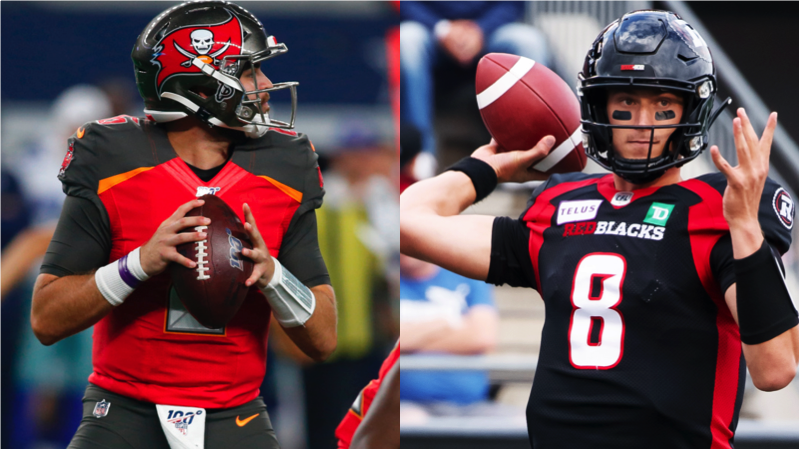 The BC Lions Football Club announced on Thursday afternoon it has added American quarterbacks Vincent Testaverde Jr. and William Arndt to the roster.

Testaverde Jr.- the 23-year old attended 2019 training camp with the Tampa Bay Buccaneers and appeared in one pre-season contest against Dallas, completing four passes for 41 yards. He then joined the XFL’s Tampa Bay Vipers and was with them for mini-camp in December.

Vincent started all eight games for the University at Albany Great Danes in 2018, passing for 1,174 yards and 11 touchdowns. He spent 2016 on the Miami Hurricanes practice squad after redshirting there in 2015. Vincent began his college career in 2014 as a true freshman at Texas Tech. In his lone appearance with the Red Raiders, Vincent completed 15 passes for 126 yards.

His father Vinny was selected first overall in the 1987 NFL Draft by Tampa Bay and would go on to play 21 NFL seasons. Vinny Sr. was a two-time Pro Bowl Selection (1996 and 1998) and led the New York Jets to the AFC Championship Game against Denver in January of 1999. He capped off his college career at Miami (FL.) by winning the 1986 Heisman Trophy.

Arndt- originally signed with the Ottawa RedBlacks in September of 2017 and dressed behind Trevor Harris and Dominique Davis for Ottawa’s run to the 2018 Grey Cup game. William, 26, was named RedBlacks starting quarterback for the final four games of 2019 and ended the season with 103 completions for 940 yards, three touchdowns and six interceptions in seven total appearances.