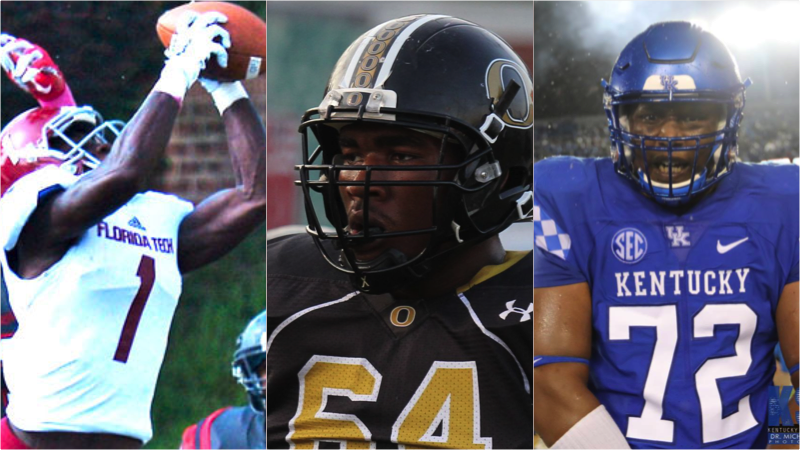 The BC Lions Football Club announced on Thursday it has added WR Romell Guerrier (A), DL Ulric Jones (A) and OL E.J. Price to the roster.

Guerrier- signed with the Denver Broncos as a non-drafted free agent in 2019 after a productive three-year college career at Florida Tech where he caught 100 passes for 1,668 yards and 16 touchdowns in 26 games. His 13 touchdown receptions as a senior in 2018 set a single-season school record. Romell played his freshman college season with the New Mexico Military Institute and recorded 15 catches for 306 yards and two majors.

Jones- the 6’5, 300-pound defensive lineman most recently attended mini-camp with the Carolina Panthers in 2019. A native of Oxford, Alabama, Jones signed with the Seattle Seahawks as a non-drafted free agent in 2018 and attended training camp with the club. In 22 games with the University of South Carolina Gamecocks (2016-17), Jones recorded 71 total tackles and one sack.

Price- attended 2019 training camp with the Saskatchewan Roughriders before being released just prior to the regular season. The 6’6, 305-pound Price spent his final two college seasons (2017-18) at Kentucky after transferring from the University of Southern California. He started 11 games at left tackle in his senior season.