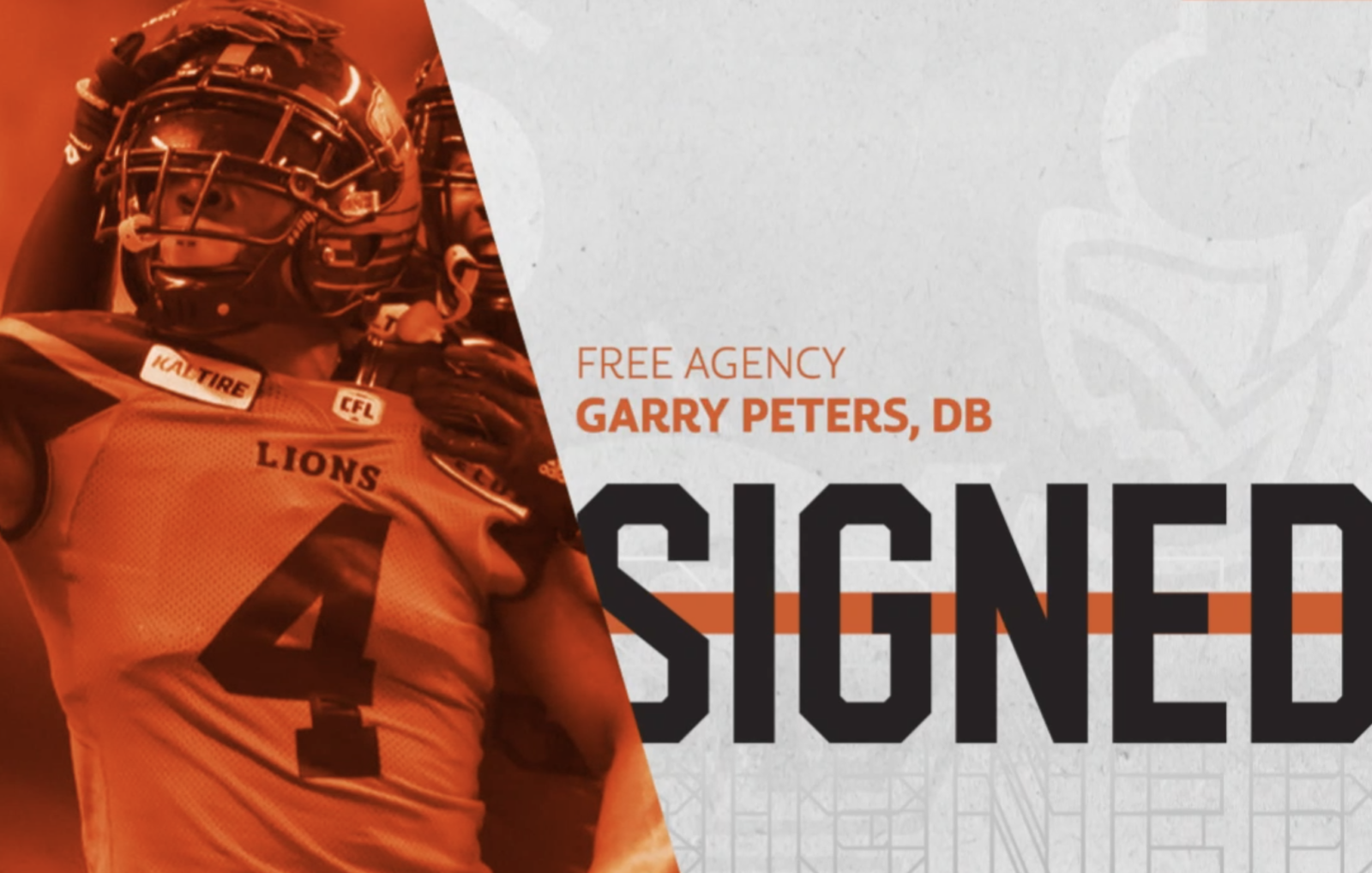 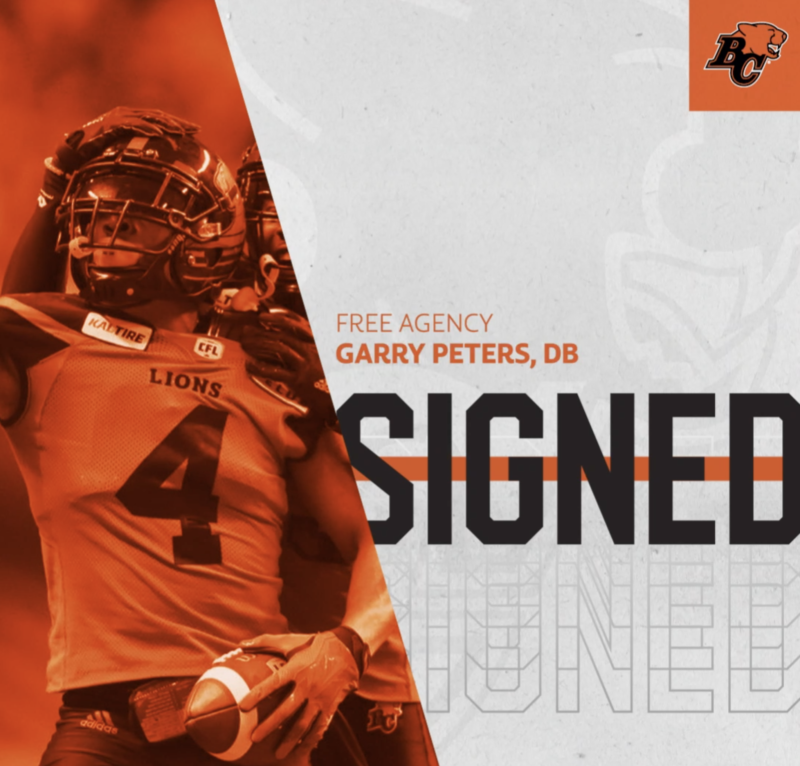 The BC Lions Football Club announced on Tuesday morning that defensive back Garry   Peters has signed a two-year contract to remain in orange and black. Garry was eligible to become a free agent at 9:00 AM PT.

“Garry was an integral piece to our improved secondary last season and having his athleticism and speed back with the likes of Aaron Grymes and T.J. Lee will be a huge boost to our defence,” said GM Ed Hervey.

The Atlanta native and former standout with the Clemson Tigers enjoyed his most productive season in 2019, recording a career-high four interceptions to go along with 63 defensive tackles and a forced fumble.

He originally signed with the Lions as a free agent prior to the 2018 season following two years with the Edmonton Eskimos.

Garry made 17 starts over four seasons at Clemson and was named a First-Team All-ACC selection in 2014 after recording 45 tackles- eight of those for a loss-, two sacks, 12 pass breakups and one interception in 12 contests. He also helped the Tigers take down Odell Beckham Jr., Jarvis Landry and LSU in the 2012 Chick-Fill-A Peach Bowl.