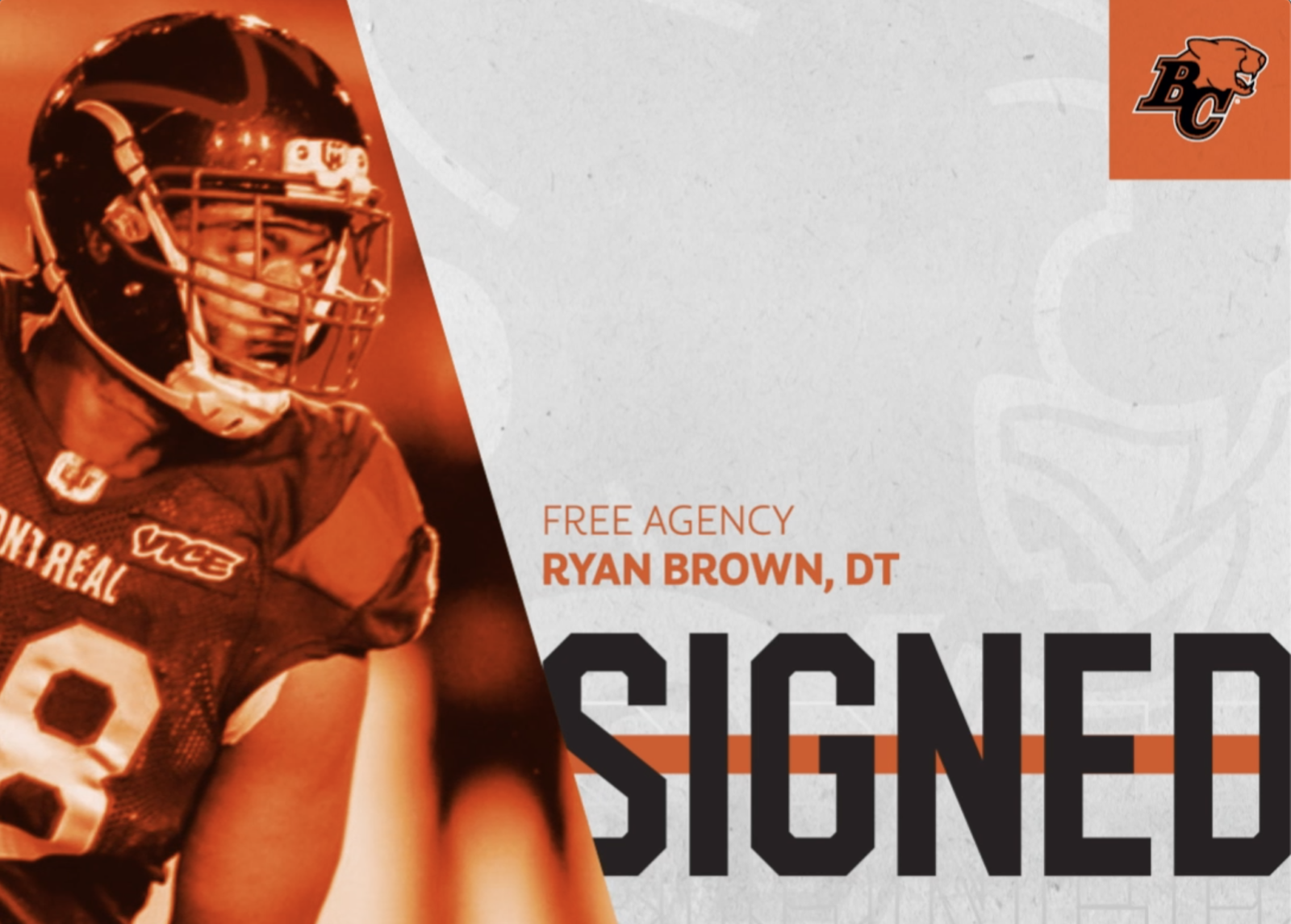 The BC Lions have signed free agent defensive lineman Ryan Brown (A) to a one-year contract with the team. 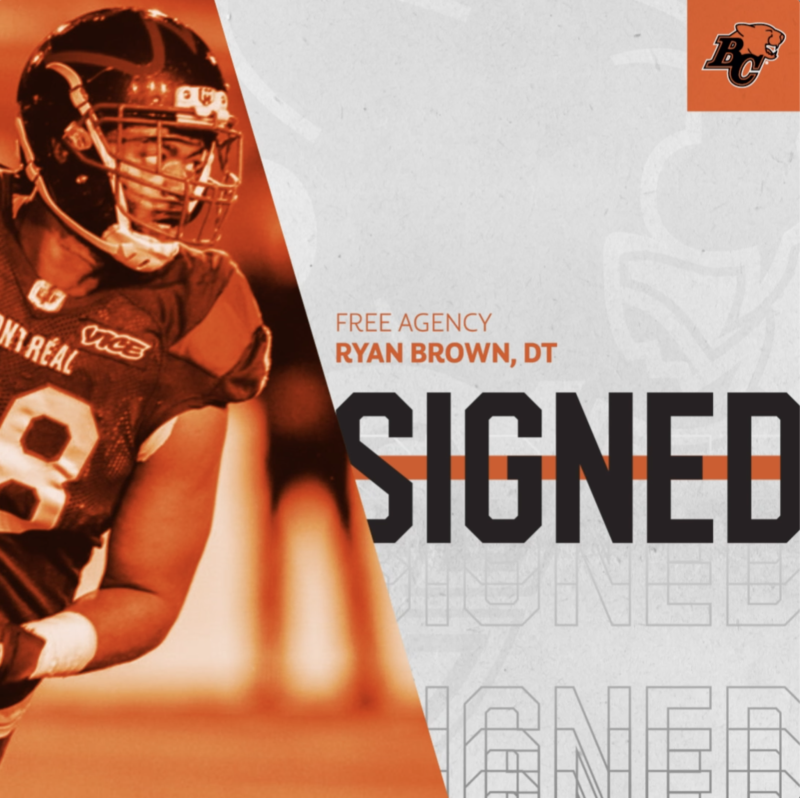 Ryan joins the Lions following a two-year stint with the Montreal Alouettes where he recorded 29 defensive tackles, eight sacks and a pair of forced fumbles in 31 games. He later attended a workout with the Minnesota Vikings in December.

In four seasons (2012-15) at Mississippi State, Ryan had 91 defensive tackles and seven sacks while also being named the SEC Defensive Lineman of the Week after a 2015 win against Troy University.