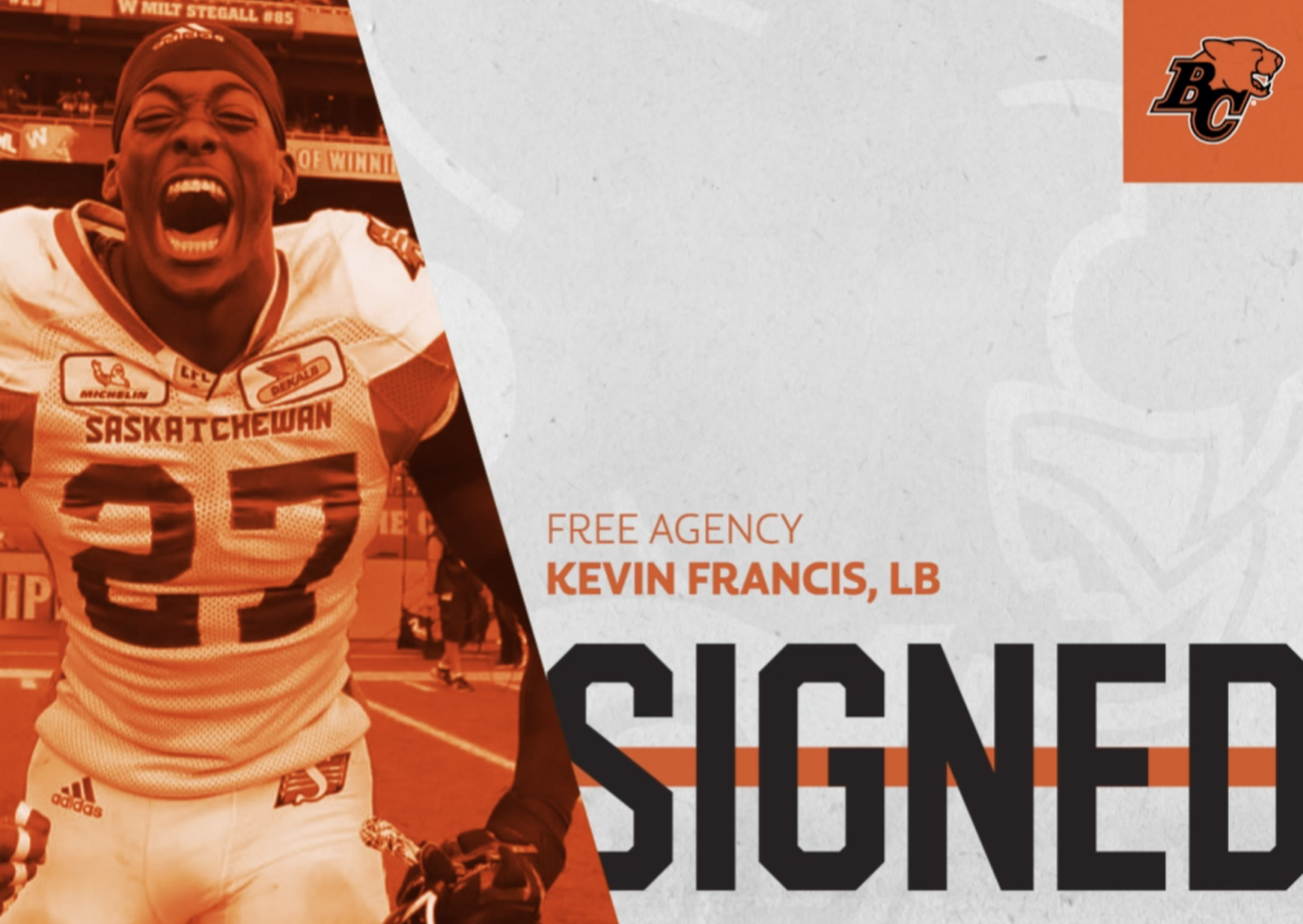 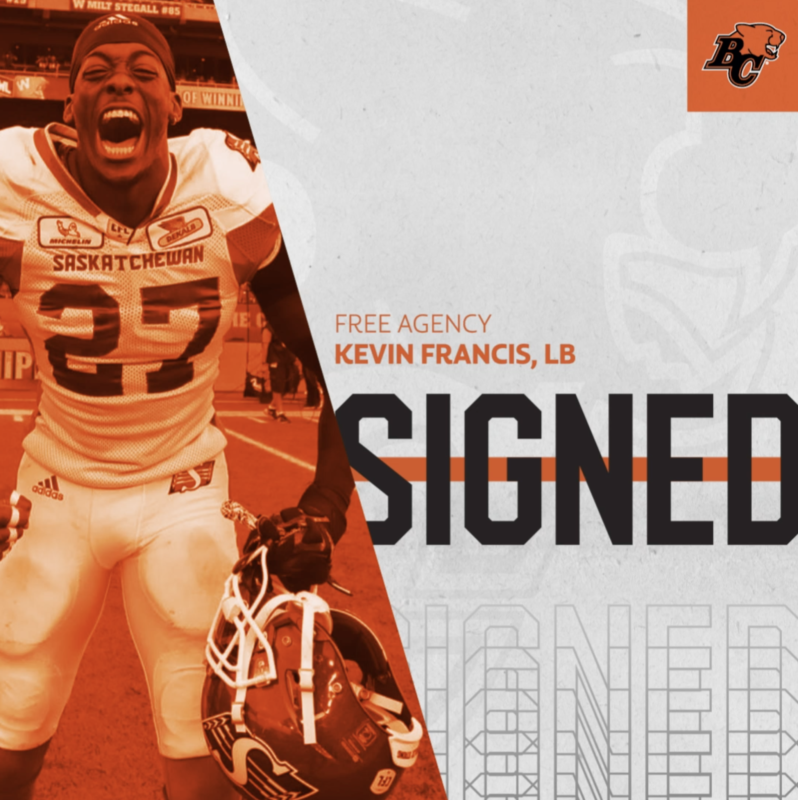 Kevin most recently was a member of the Ottawa RedBlacks where he recorded eight special teams tackles in seven games during the 2019 season.

The Toronto native spent his first three CFL seasons (2016-18) with the Saskatchewan Roughriders where he suited up in 45 games and registered 15 defensive tackles, 29 special teams tackles and a pair of forced fumbles.