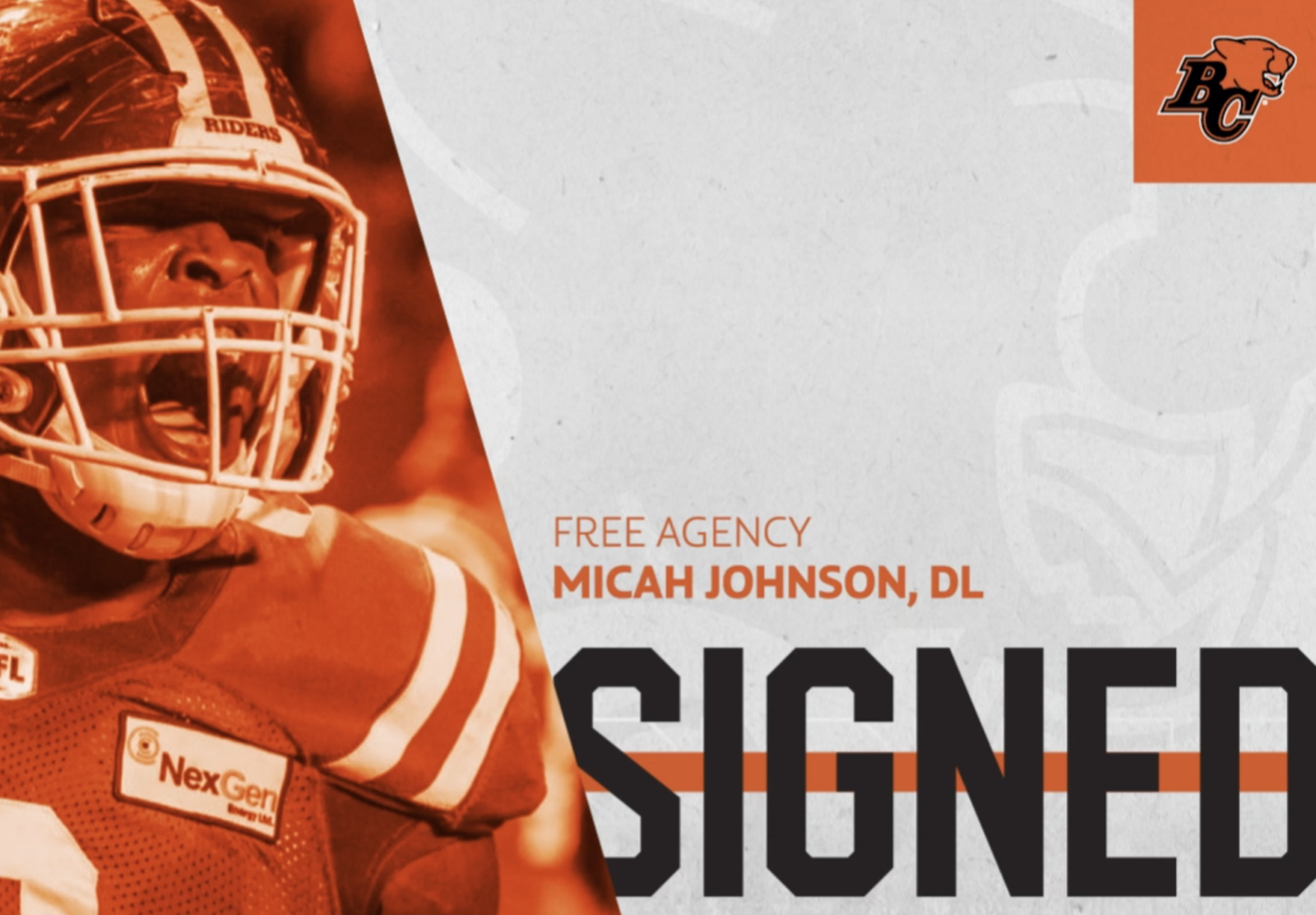 The BC Lions Football Club announced on Tuesday that free agent defensive lineman Micah Johnson (A) has signed a one-year contract with the team.

Over the course of his CFL career, Micah has established himself as one of the league’s premier pass rushers. In 96 career games, the 31-year old has recorded 184 defensive tackles, 45 sacks and six forced fumbles.

“We are thrilled to get a player of Micah’s calibre here with the BC Lions, “ said GM Ed Hervey.

“His track record as one of this league’s most dominant defensive players will make our entire team better.” 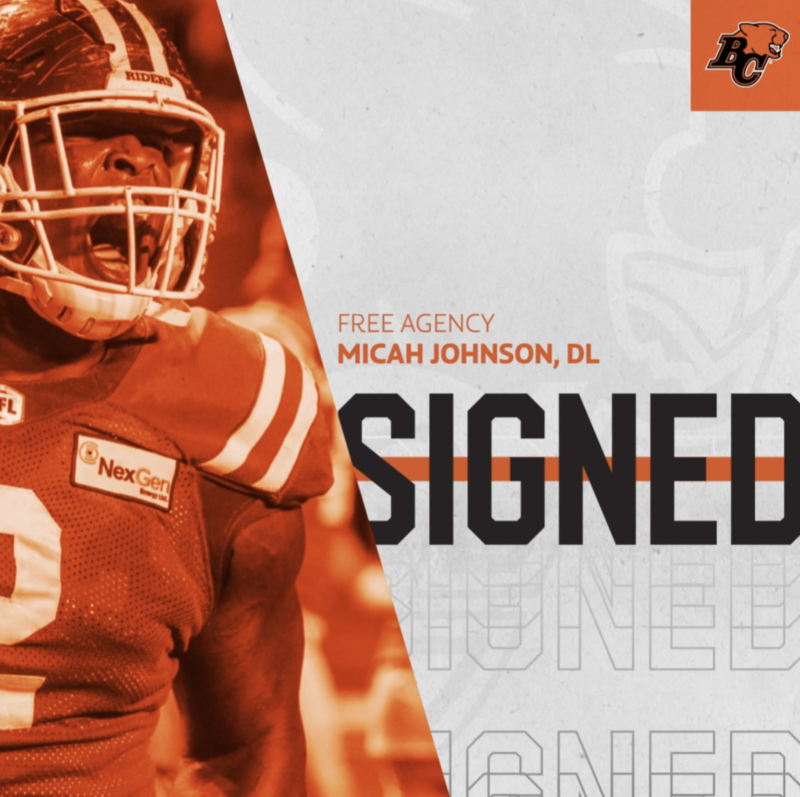 His best campaign came in 2018 when he led the CFL with 16 sacks to go along with 28 defensive tackles, three forced fumbles and an interception and then capped it all off by helping Calgary win the 106th Grey Cup. Micah’s 2018 performance also earned him the Stampeders’ team nominee for CFL Most Outstanding Defensive Player.

Before moving north for the 2013 campaign, Micah attended training camps with the Miami Dolphins (2010), Kansas Chiefs (2011) and had a stint on the Cincinnati Bengals practice roster in December of 2011.

Micah previously enjoyed a successful four-year NCAA career at Kentucky where he was voted to the ALL-SEC Freshman Team and helped the Wildcats take down Clemson in the 2006 Music City Bowl where he scored the game’s first touchdown as a running back. As a junior, Micah earned first-team ALL-SEC honours.