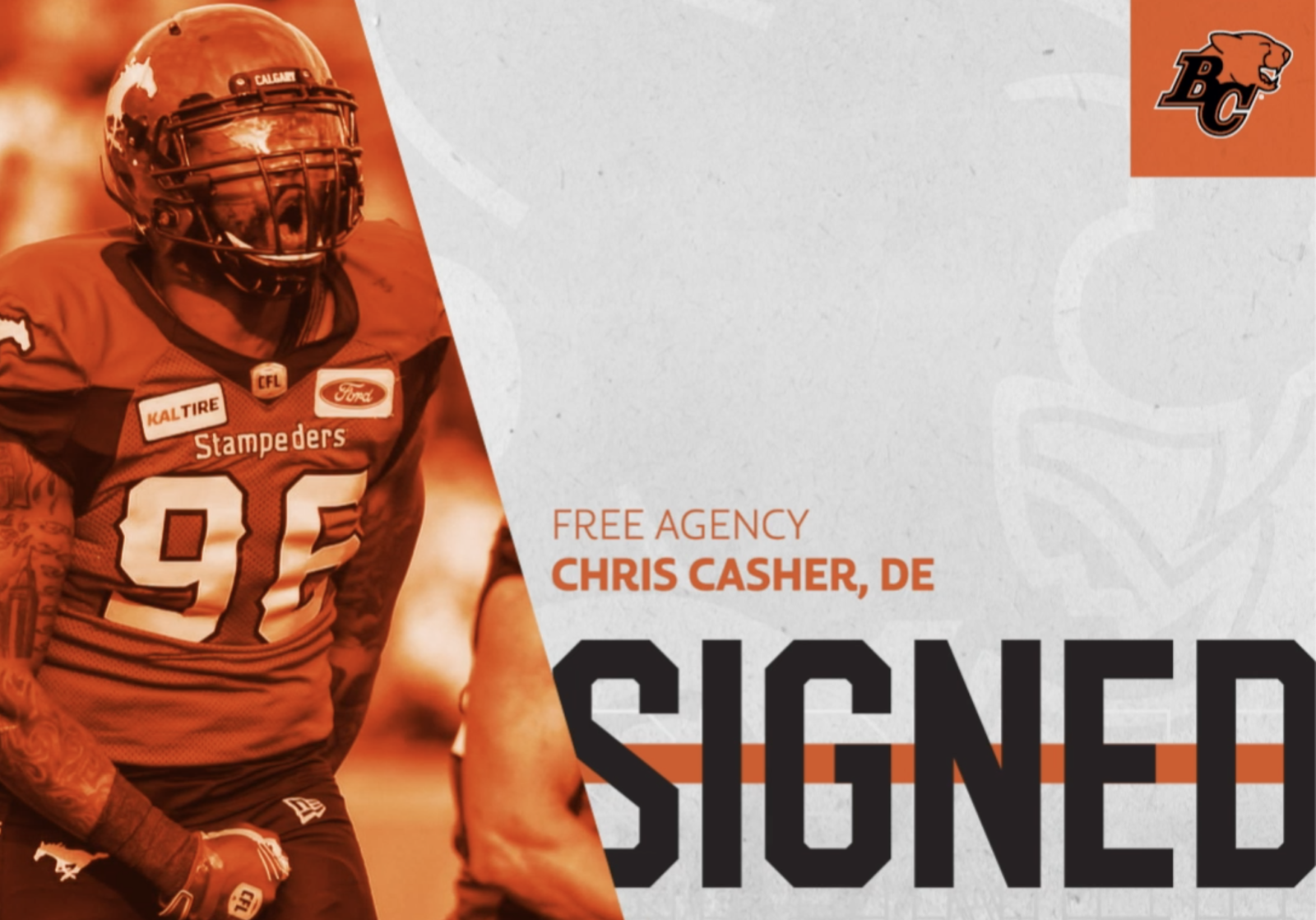 The BC Lions Football Club announced on Tuesday that free agent defensive end Chris Casher (A) has signed a one-year contract with the team. 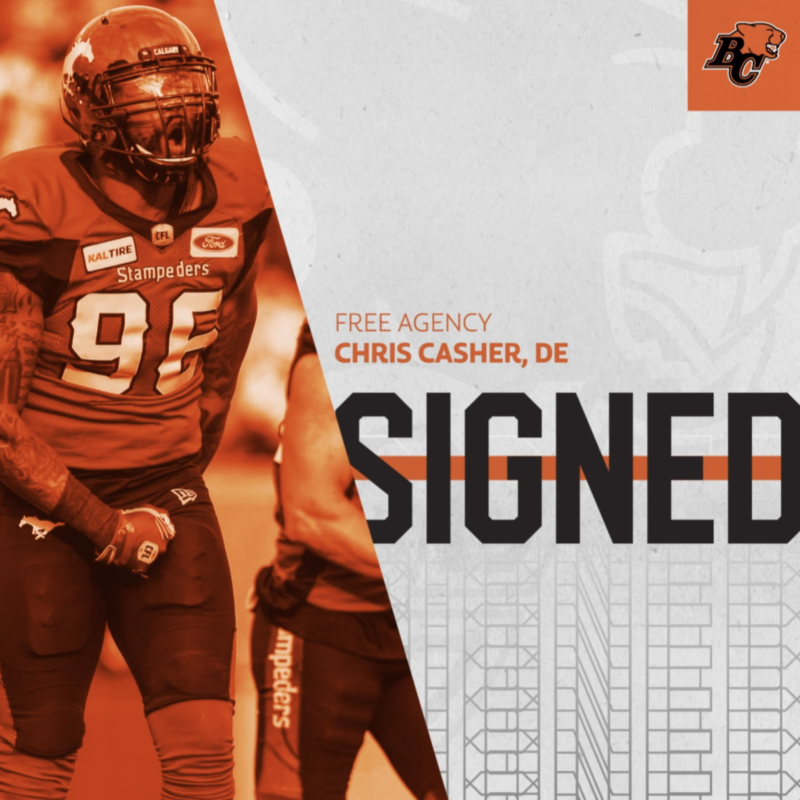 The native of Mobile, Alabama spent 2019 with the Calgary Stampeders where he racked up 34 defensive tackles, seven sacks and a forced fumble in 16 games.

Following NFL training camp stints with the Oakland Raiders and New York Giants, the 26-year old was signed to the Winnipeg Blue Bombers practice roster in October of 2017 and attended 2018 training camp with the club.

Chris played his senior college season at Faulkner University and recorded 60 tackles and eight-and-a-half sacks in ten games. Prior to his transfer, Chris attended Florida State for three seasons and was part of the school’s National Championship squad of 2013. He recorded 61 tackles in 35 games for the Seminoles.