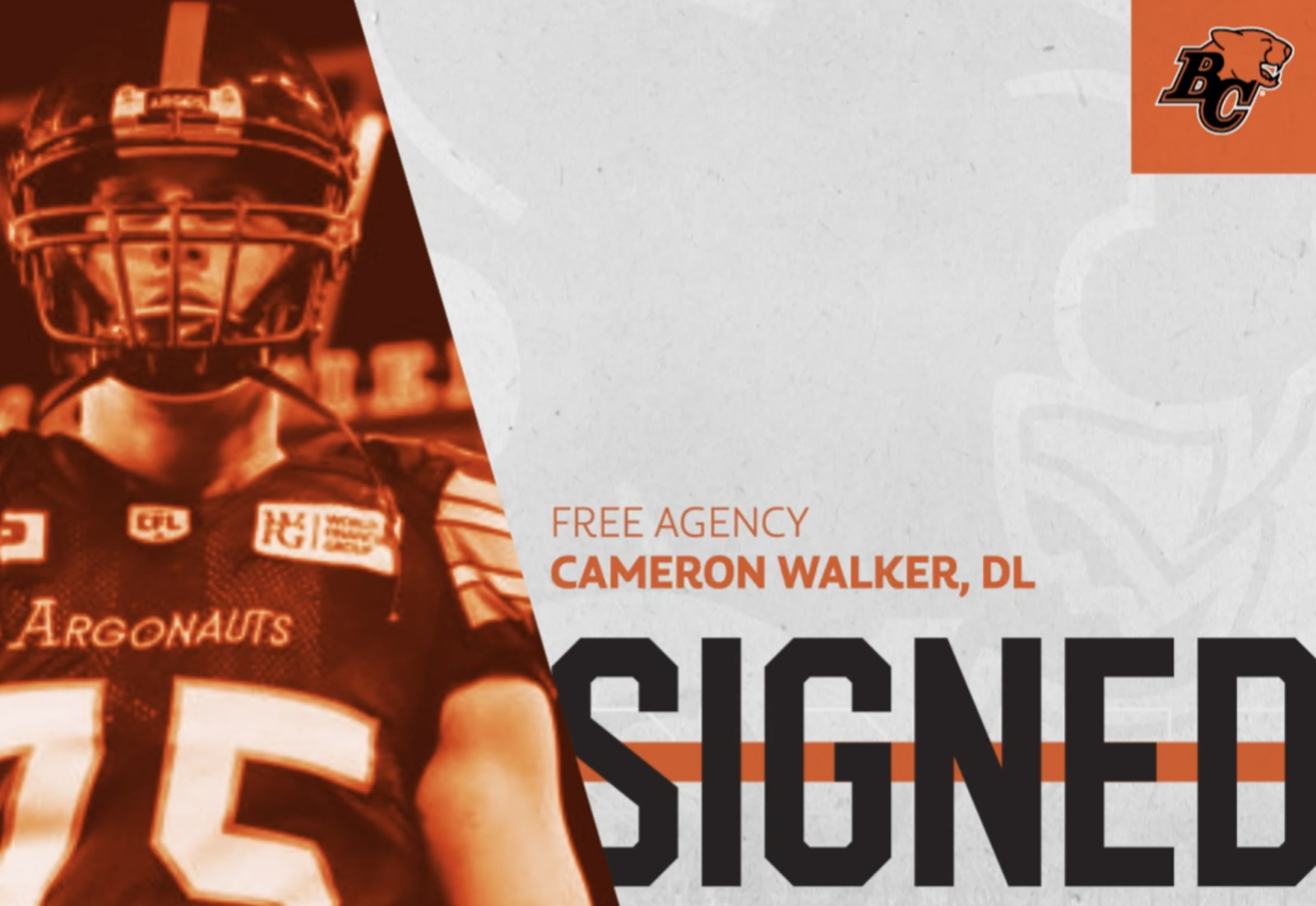 The BC Lions Football Club announced on Tuesday that free agent defensive lineman Cameron Walker (N) has signed a one-year contract with the team. 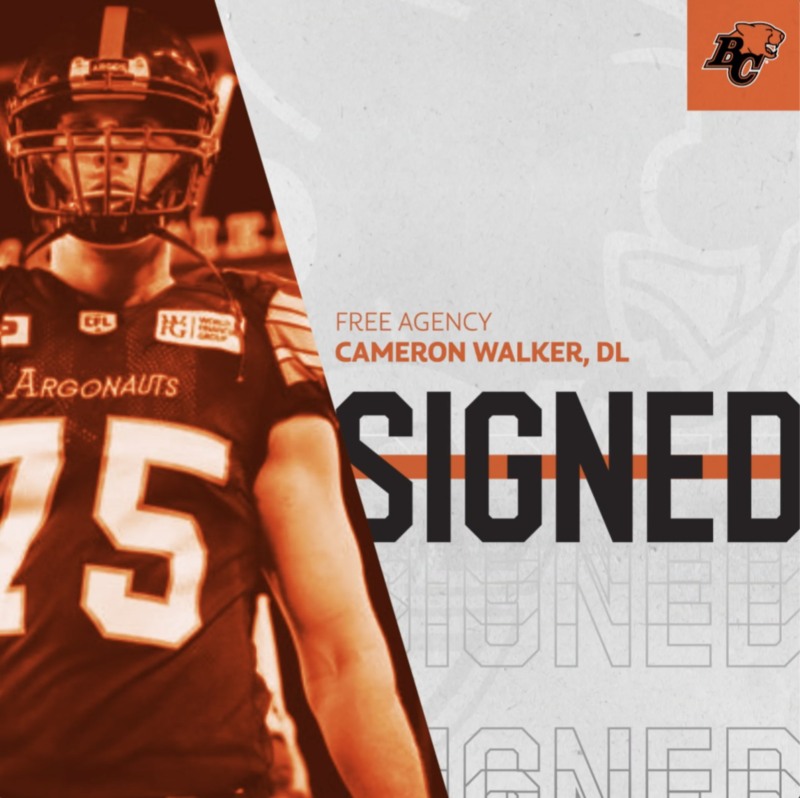 The London, Ontario native has suited up in 65 games over the past five seasons split between Toronto, Hamilton and Ottawa while seeing most of his action on special teams.

The 27-year old was originally drafted by the Argonauts in round three (21st overall) of the 2015 CFL Draft and was a member of their Grey Cup-winning squad in 2017. His most productive season came in 2018 where he recorded 11 special teams tackles, three defensive stops and a quarterback sack.

Cameron enjoyed a productive four-year career at the University of Guelph where he registered 108 total tackles, 12 sacks and three forced fumbles in 31 games.