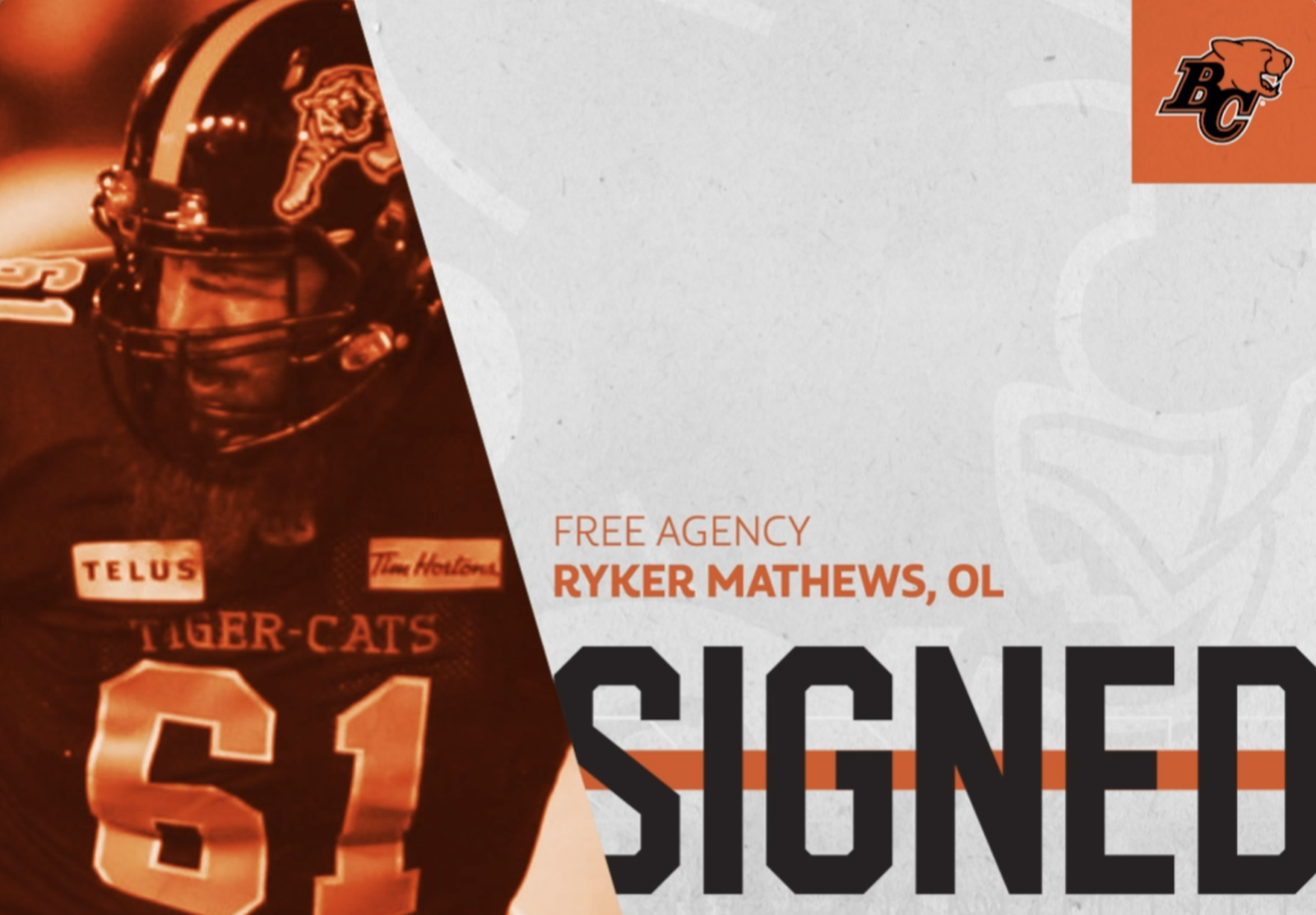 The BC Lions Football Club announced on Tuesday afternoon that free agent offensive lineman Ryker Mathews (A) has signed a two-year contract with the team. 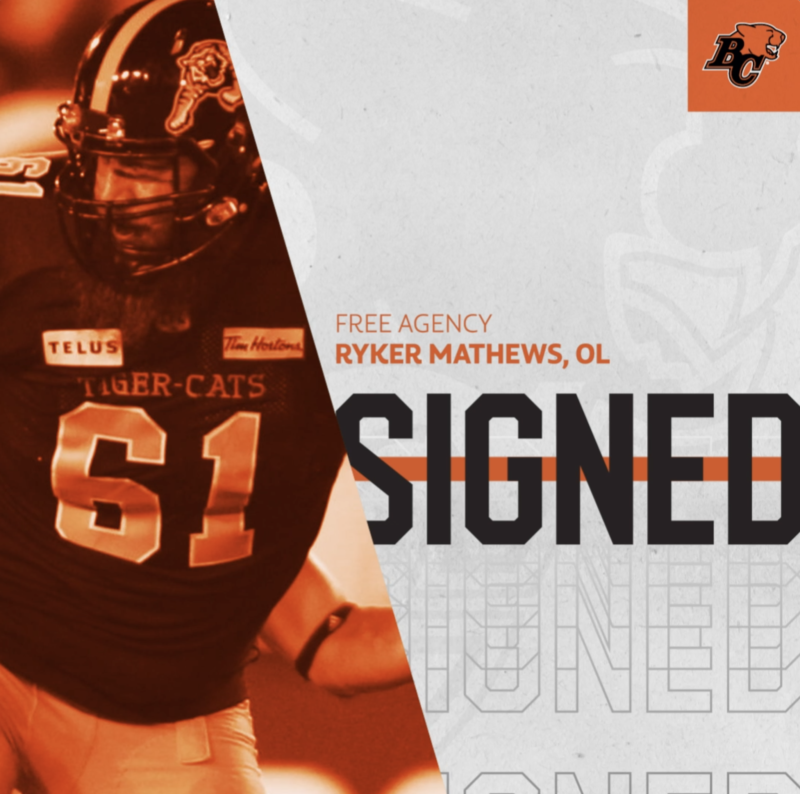 The native of American Fork, Utah joins the Lions following a three-year stint with the Hamilton Tiger-Cats where he suited up in 41 games. Ryker enjoyed his most successful campaign in 2019, helping anchor an offensive line that played a big role in Hamilton leading the CFL in net offence, points scored, passing yards and first downs.

He was also named a CFL East Division All-Star and suited up in the 107th Grey Cup to cap off his tenure in Steeltown.

Before moving north, Ryker signed with the New Orleans Saints as a non-drafted free agent in 2016 and attended training camp with the club.