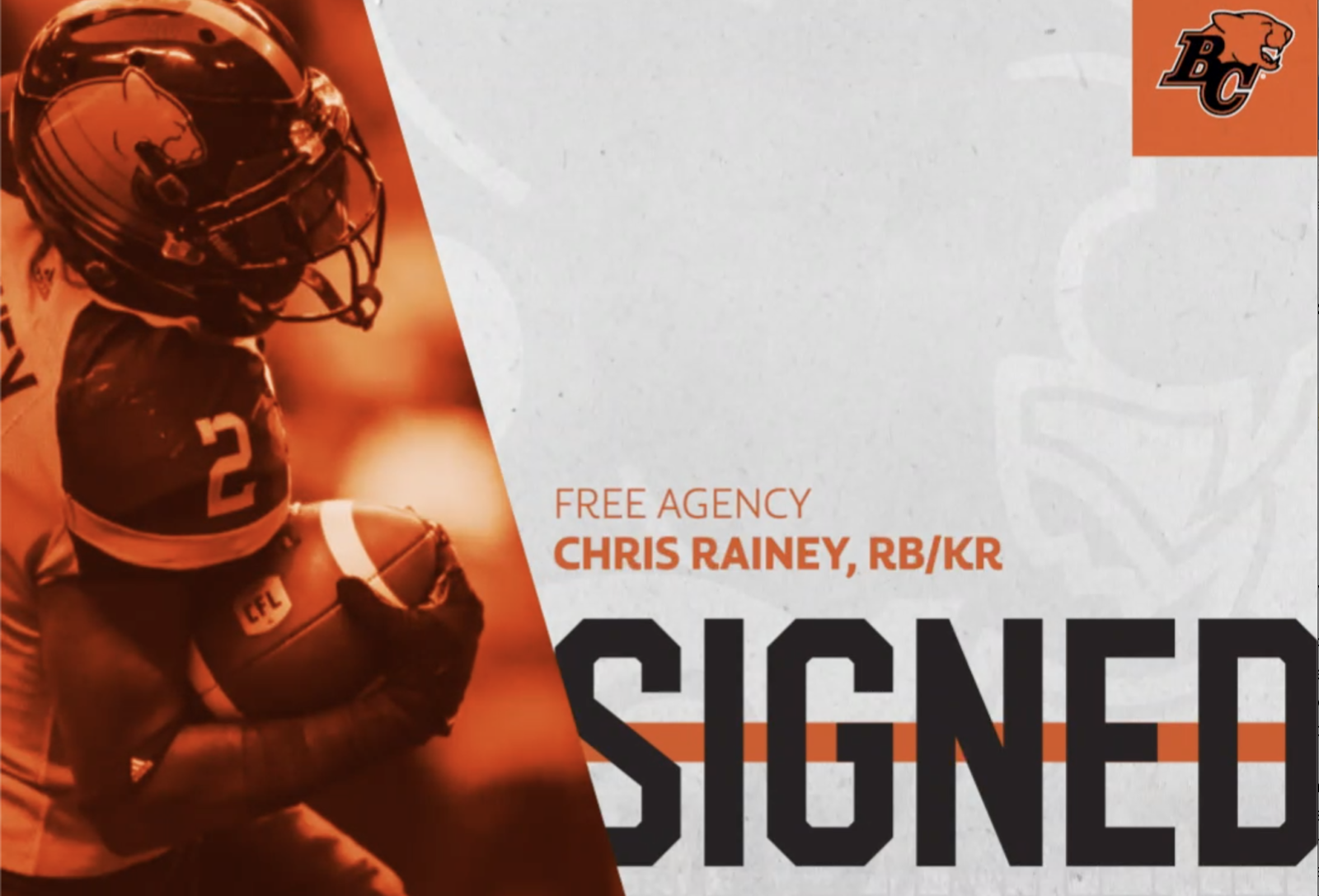 The BC Lions Football Club announced on Tuesday that free agent running back/returner Chris Rainey (A) has signed a one-year contract to return to the organization he called home from 2015-18.

“Having a playmaker like Chris back with the Lions will be a major boost to our special teams unit,” said Lions GM Ed Hervey.

“His speed and ability to flip the field position on any given moment will also be beneficial to our offence. 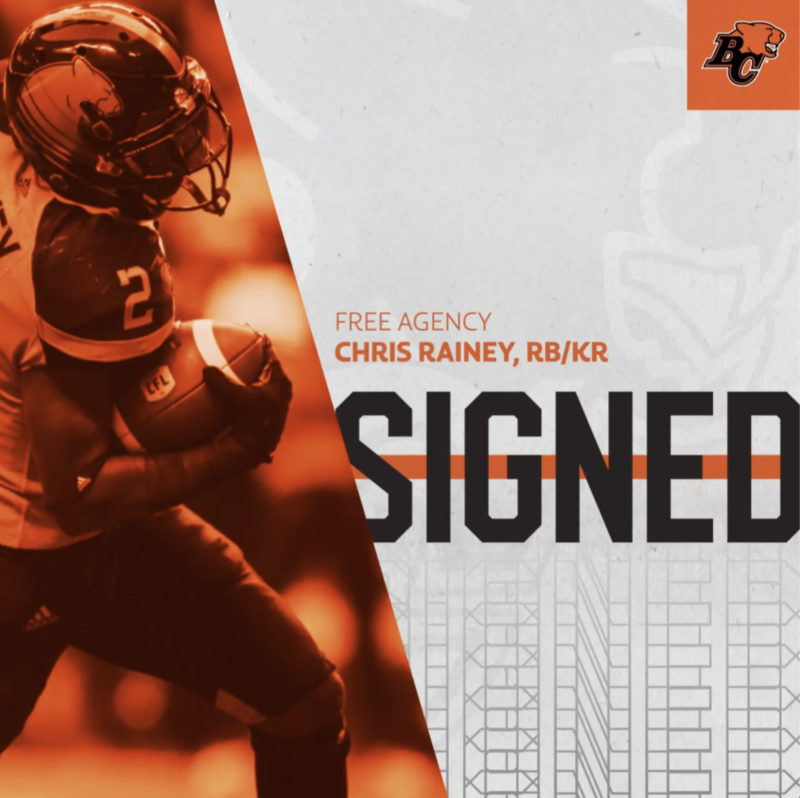 One of the CFL’s most dynamic playmakers, Chris spent 2019 with the Toronto Argonauts where his 1,196 kickoff return yards were good for second in the entire league while he added 16 punt returns for 596 yards, including a 79-yard touchdown during a loss to the Lions on July 6th at BMO Field.

In his first stint in orange and black, the native of Lakeland, Florida became the club’s all-time leader in kickoff return yards (5,229) and also led the CFL in that category in both 2016 and 2017.

Chris also returned 260 punts for 2,908 yards- second all-time to Larry Crawford in club history- and four touchdowns while racking up another 1,852 yards and 12 touchdowns from scrimmage.

A fifth-round draft pick of the Pittsburgh Steelers in 2012, Chris suited up in 16 games over two seasons with the organization before spending time with the Indianapolis Colts and Arizona Cardinals.

Chris enjoyed a productive NCAA career with the Florida Gators and helped the program win both the 2008 SEC Championship and 2009 BCS National Championship. In 52 games for the Gators, Chris recorded 3,713 all-purpose yards and scored 19 touchdowns.