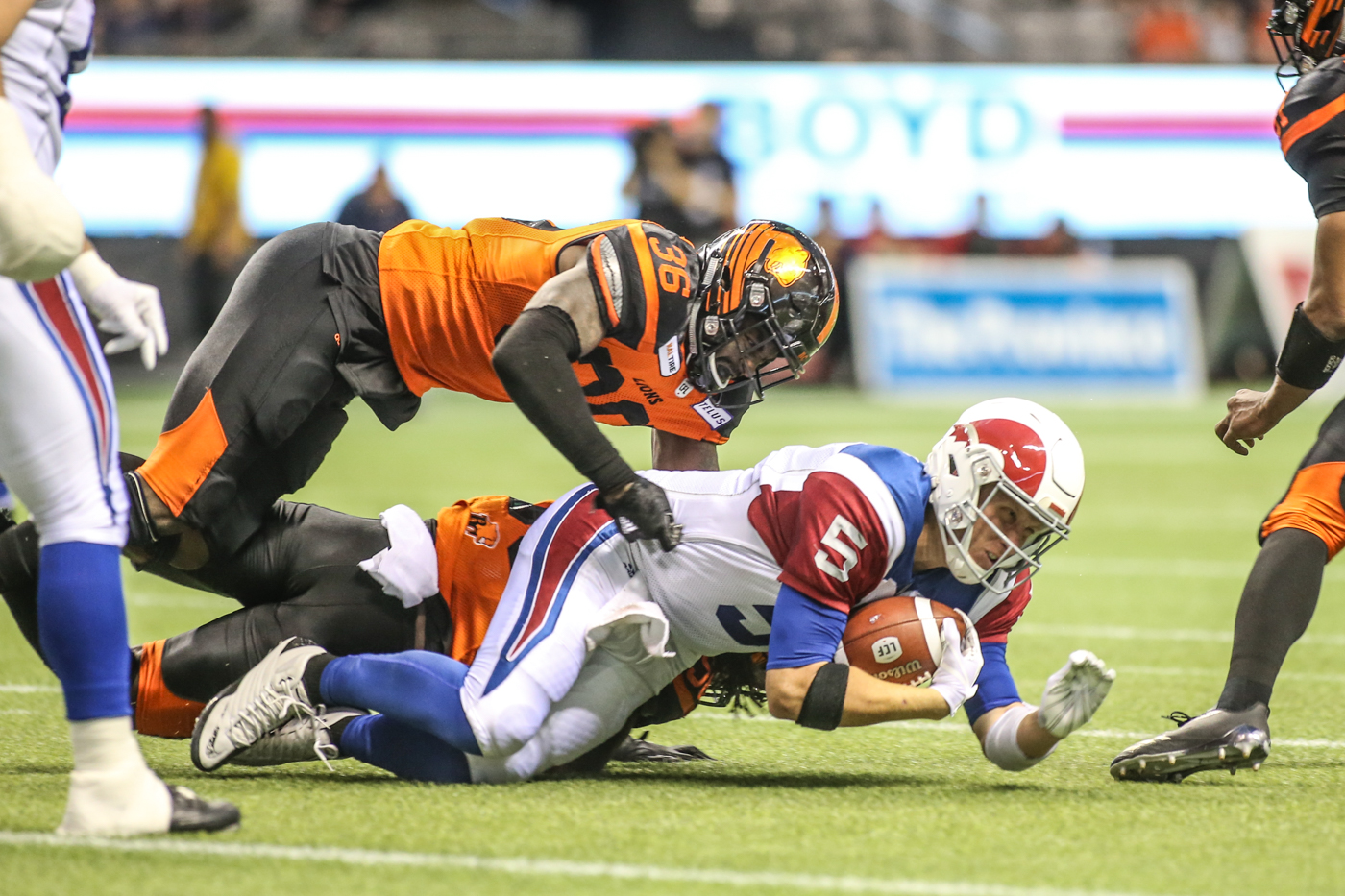 The BC Lions Football Club announced on Wednesday morning that free agent linebacker Dyshawn Davis (A) has returned to the team on a one-year contract.

Dyshawn (6’2, 230 pounds) originally cracked the Lions roster out of training camp in 2016 and would appear in five games over the next two seasons.

His big breakout season came in 2018 where he showed his prowess on special teams with 22 tackles and a forced fumble while also adding 13 tackles on defence. He made his CFL playoff debut in the 2018 Eastern Semi-Final at Hamilton.

The 27-year old spent 2019 with the Saskatchewan Roughriders and registered 16 total tackles in 18 games.

Dyshawn enjoyed a productive four-year college career at Syracuse (2011-14), appearing in 49 total games. He was a dominant force in his senior year, recording 53 solo tackles with 37.5 of those going for a loss. He then signed with the Washington Redskins as a non-drafted free agent in 2015 and would go on to dress in three pre-season contests.