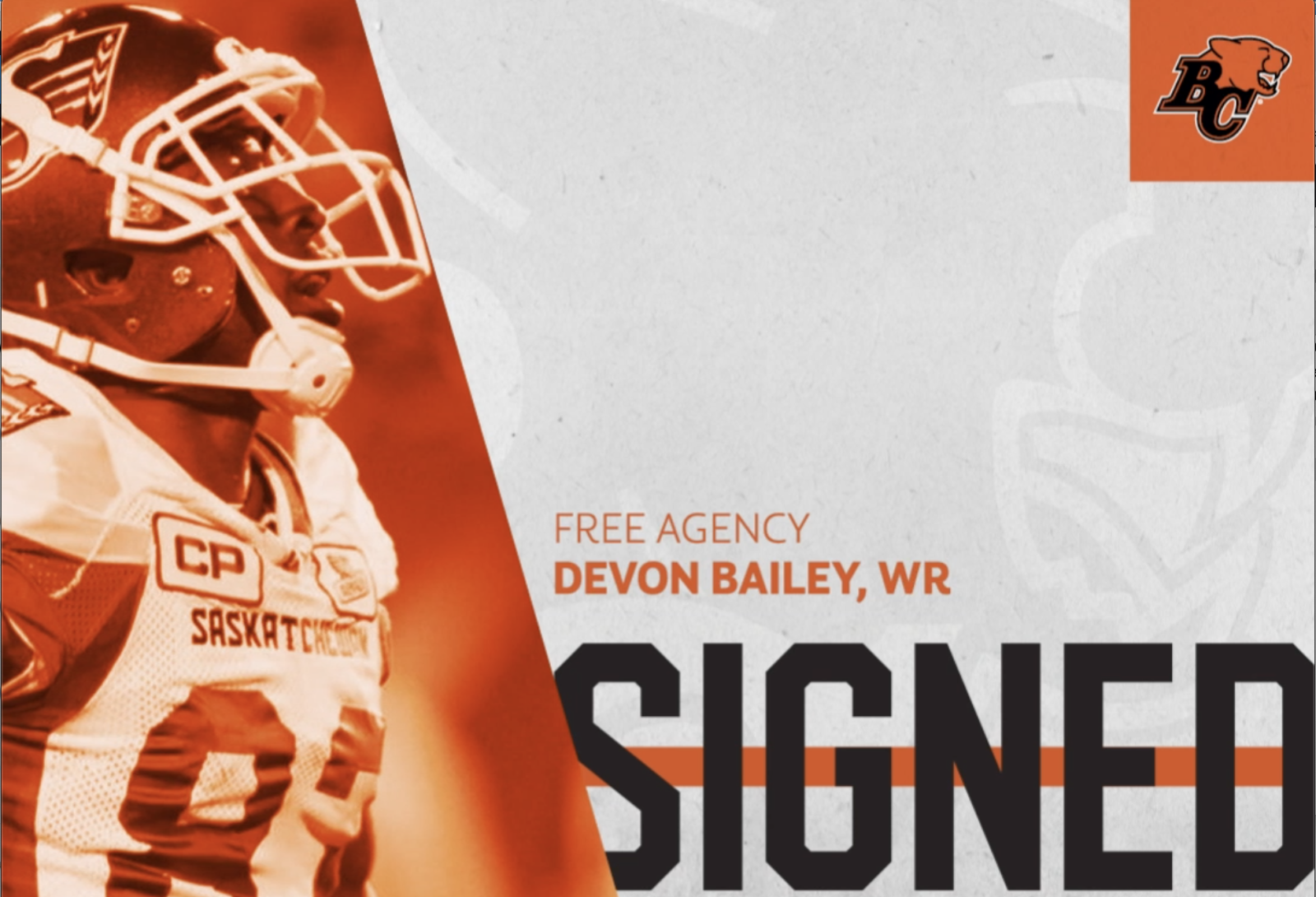 The BC Lions Football Club announced on Wednesday morning that free agent wide receiver Devon Bailey (N) has signed a one-year contract with the team. 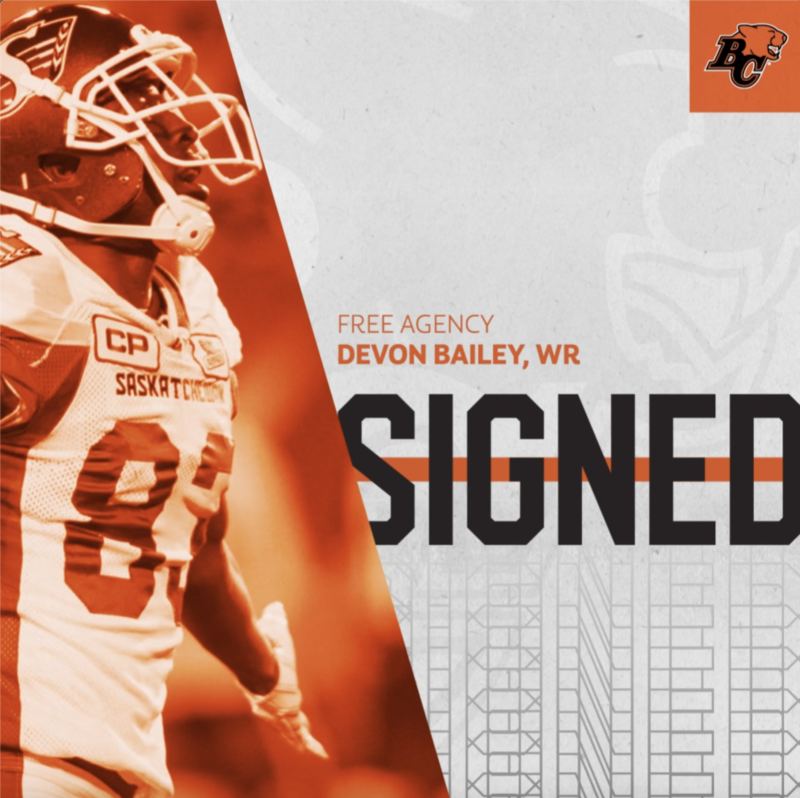 A native of Mississauga, Ontario, Devon was drafted by Edmonton in round one (sixth overall) of the 2014 CFL Draft following four seasons at St. Francis Xavier where he caught 87 passes for 1,160 yards and six touchdowns in 29 career games. Devon was also named an Atlantic University Sport (AUS) All-Star in 2011 and 2012.

In addition, the club has signed wide receiver Nih-Jer Jackson (A) to the roster. The Stockton, California native transferred from Merced College to Southeastern Louisiana University in 2016 and would go on to record 36 receptions for 409 yards and two touchdowns in 21 games.