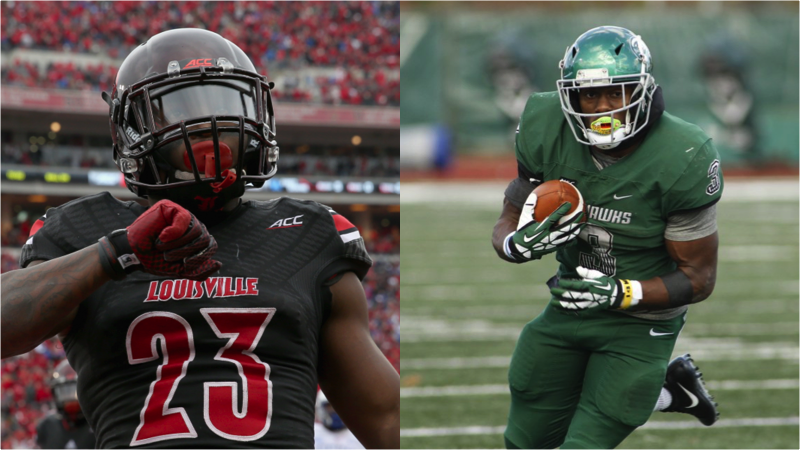 The BC Lions Football Club has added American running backs Brandon Radcliff and Ryan Fulse to the roster.

Radcliff– spent parts of 2017 and 2018 on the Miami Dolphins practice roster while suiting up for pre-season action in both seasons with his hometown team. Brandon previously played four seasons at Louisville where he led the Cardinals with 737 rushing yards and 12 touchdowns in his sophomore season. As a senior in 2016, he teamed up with quarterback Lamar Jackson to help a potent offence lead the program to a Citrus Bowl appearance against LSU.

Fulse- was an offensive game-breaker in two seasons (2017-18) at Wagner College, rushing for a total of 3,088 yards and 24 touchdowns on 531 carries while also catching 31 passes for 288 yards and two majors. Ryan’s best performance came in a win over Robert Morris where he ran for 303 yards and two touchdowns of over 50 yards. He also led all of Division I FCS in all-purpose yards in 2018.