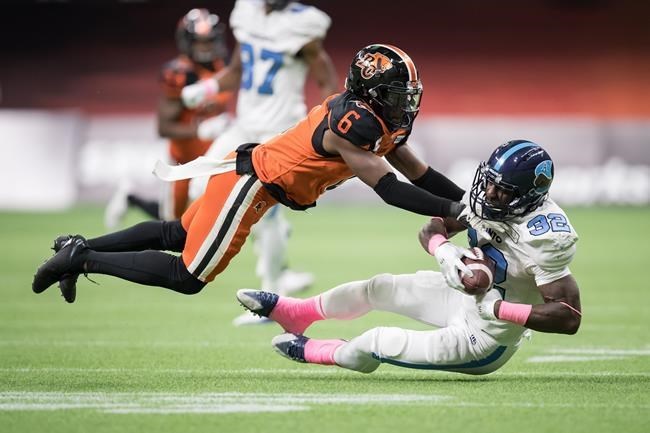 With Fathers Day set for this Sunday, episode 30 of 1st and Now includes a tribute to all of the great fathers and father figures out there. Lions veteran defensive back TJ Lee joins host Matt Baker and talks about some of the men who influenced him on his path to pro football.

As a dad himself to three-year-old daughter Maison and new-born baby son Maddox, Lee also speaks about how fatherhood has given him an entirely new perspective on life.

“Me and my Dad didn’t really gain much of a relationship until (my) sophomore year of college,” explained Lee.

“I’ve learned a lot about myself and that’s one of those paths that fatherhood has opened up; the fact that I am a father now that made me open up to my own father and I realized the importance of having a relationship there. Mainly, my best friend’s dad was always there for me. He served as one of the biggest contributors in my life in terms of manhood, being accountable and setting a good example that way. My mom’s husband, he’s been great since eighth grade. (He’s) been just always there and supporting me. He taught me how to treat a woman and treat my mom with respect. I’m able to pick up these things from the father figures in my life and I’m able to adapt it into my own life.”

As we continue to have high hopes of the 2020 season getting underway, we also asked TJ to reflect on his first ever Lions training camp back in 2014 where he also had father figures on the football field show him the ropes.

“I came in when there was a lot of experience around me, which was great from a learning perspective, but tough from a playing perspective,” recalled the 2018 CFL All-Star.

“I remember my first day with the vets when they came in after three days of rookie camp. I think it was Cord Parks that was the first vet to come and speak to me. I was sitting at a table. He was like ‘hey man, don’t sit by yourself! This is a team environment. We’re here to bond. Get over here.’ That was the first day, he took me under his wing and showed me basically what it’s like to play the weak(side) half spot, the spot that I’m at now. So I’ll never forget that.”

He went on to also tribute the likes of Ryan Phillips and Dante Marsh for teaching him how to be a leader and cover certain routes. After making an impression in the two pre-season contests in 2014, Lee would ultimately beat out NFL veteran Brandon McDonald for a roster spot.

Six years later, Lee has suited up in 80 games with the Lions while recording 16 interceptions, 327 total tackles, six forced fumbles and four sacks. Moral of the story? Never underestimate those relative “unknowns” at the start of any given training camp.