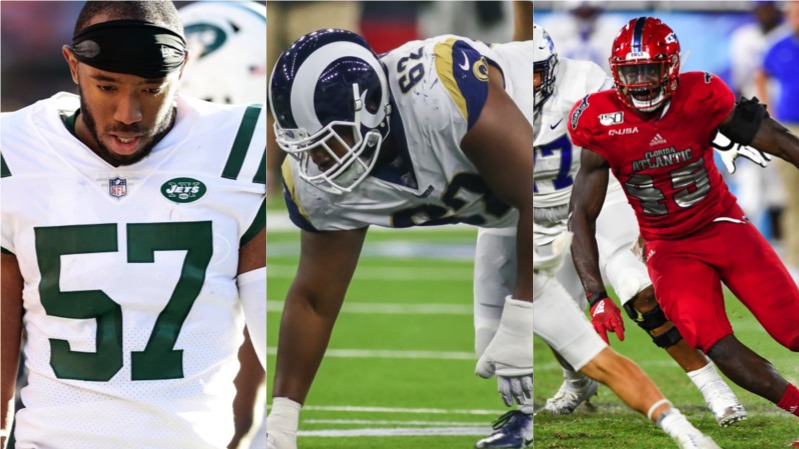 Gwacham– 6’5, 250 (full name pronounced oh-BOOM GWAH-chem) – After a productive college career at Oregon State, Gwacham suited up in 15 NFL games over two seasons (2015-16) split between New Orleans and the New York Jets and recorded ten tackles, three sacks and one forced fumble. Gwacham was most recently on the roster of the XFL’s Tampa Bay Vipers in 2020.

Bonner– 6’5, 250- Most recently attended workouts with the Seattle Seahawks and Miami Dolphins. After redshirting at Louisville, Bonner transferred to East Mississippi Community College in 2016 and was featured on the hit Netflix series Last Chance U. From there, he moved on to Florida Atlantic for three seasons and recorded 58 total tackles, including 21.5 for a loss, eight sacks, two forced fumbles and two pass knockdowns in 38 games.