Now that the BC Lions have four new international additions to the squad, it’s probably time to take a deeper dive into their football journeys that led to the 2021 CFL Global Draft. The Lions had the first overall pick in a snake format draft, meaning they would receive back-to-back picks at the end of round two and start of round three. In the end, we secured two kickers and two pass rushers, each of them from Australia, China, Japan and Germany. Now for a deeper look at each of the new additions to the Lions for 2021 and beyond.

Some were surprised that a kicker went first overall. Well, the BC Lions weren’t going to draft a quarterback like how NFL teams normally would. It’s the Global Draft, so the Lions took advantage of a pool of talented Australian kickers to adress a major positional need. Four of the Aussie kickers were taken in the first round. Jake Ford, the 28-year-old punter didn’t have to wait long to get a phone call from the Lions coaching staff this Thursday.

Like many fellow Aussie kickers who played in the NCAA and NFL, Ford’s early experience of precision and accuracy came from playing Aussie rules football and rugby as a kid. In 2016, Ford moved to the States to kick off his college journey at the University of Oregon, then spent his last two eligibility years at Ouachita Baptist University in Arkansas. As a junior in 2018, Ford led NCAA in net punting during the regular season. 28 out of 52 punts were inside the 20-yard-line and only six punts were returned in the 2018 season. His longest punt in 2018 was 63 yards, including four others 50 plus yard punts.

In Ford’s senior year, although he didn’t attempt as many punts, he surpassed the previous year with a 66-yard-long punt. Ford also registered 23 touchbacks from kickoffs as a senior. He then played for the Alphas in The Spring League where he was listed as a kicker and a punter. Ford’s NFL idol is fellow 49ers punter, Mitch Wishnowsky, who Ford had encountered in college and learned from his game. Expect Ford to come in and also compete for placekicking duties,.

Li was introduced to football around the age of 15. Having participated in the arena football scenery in China throughout the years, Li is now listed as a 6’3, 240lbs edge rusher that will be representing China in the upcoming CFL training camp. Li was the first Chinese-born player to be selected to the NFL Pathways Program and the only Chinese prospect in last week’s Global Draft. His explosiveness impressed many football scouts and he is considered the top linebacker in China.

His football journey in the States would ship him to the University of Charleston, the Georgia Doom in the now-defunct Arena Football League and Li even caught the attention of China’s rugby sevens team back in 2018. Although American football is still a niche sport in China, Li serves as a role model to many kids who are new to the sport of football. Li is heavily involved as a player and a coach for football in China. He had previously played in China Arena Football League, that’s when he teamed up with former BC Lion, Paul Cheng, who Li considered as a mentor.

China Arena Football League was founded in 2012. The league’s president, Ed Wang, was a former Virginia Tech offensive tackle and was drafted in the fifth round by the Buffalo Bills in 2010. Wang was the first Chinese American to be drafted into the NFL. Li hopes to call Vancouver his new home, as he already has some family connections in the city. He has two aunts and one cousin who are residents of Vancouver. Li has also coached the Skyway American Football Academy, a youth program in China.

The 27-year-old kicker from Japan played soccer before suiting up for the Osaka University TRIDENTS. Known as the “Japanese Kicking Monster”, also has experience as a running back and wide receiver before fully developed to a kicker during his university days. According to his X-League bio, Yamasaki was selected as the best kicker in the Kansai second division.

In 2017, Yamasaki joined the X-League, a professional football league in Japan that was first established in 1971. He played for the Elecom Kobe Finies for three seasons before switching to his current team, the Obic Seagulls. The Seagulls are an eight-time X-League champion, with 2020 being the club’s most recent championship. Yamasaki joined The Spring League in 2019 to gain more experience overseas.

He went seven of eight in field goals including a 57-yard field goal during a game. Yamasaki also appeared on BarDown, when he displayed a 73-yard field goal on social media, owning up to his nickname. In early 2020, Yamasaki attended the Free Agent Specialist Pro Combine in Mobile, Alabama, he went eight for eight on his pro day, on top of splitting a 55-yard field goal while competing against players with NFL background. He was later invited to the CFL Global Combine along with other players from Japan and across the world. Due to COVID-19, Yamasaki spent the 2020 season remained in his homeland playing for the Seagulls. 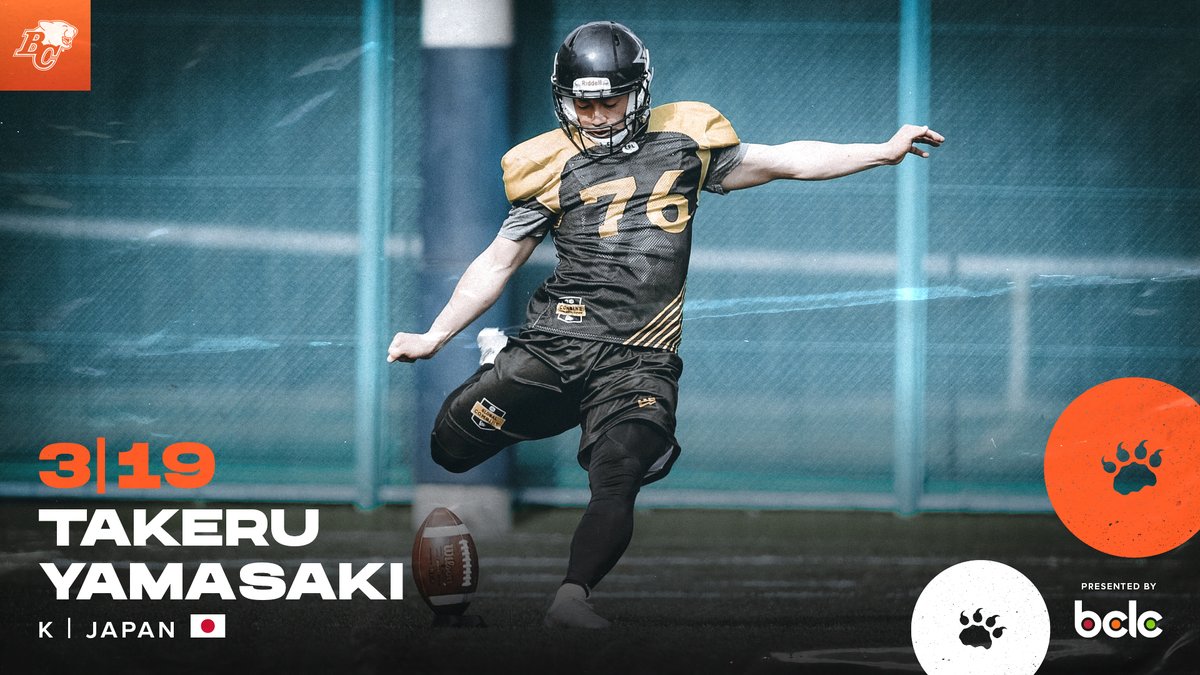 It’s not a CFL Draft of any kind without picking up some beef for the line of scrimmage. Last but not least is Gustav, the 241-pound defensive lineman who was a dominant force at Morningside College in Iowa. Gustav was a student at Aquinas High School where he began to display his football talent for college coaches. On his Hudl profile, a service that provides athletes and coaches footage, it stated that Gustav could squat 405 pounds, clean 240 pounds, bench 315 pounds and deadlift 490 pounds on his high school profile. He would join Morningside Mustangs, a program that takes pride in its winning culture.

Gustav’s head coach, Steve Ryan, led the Mustangs to an undefeated (8-0) regular season in 2020, earning Ryan his ninth conference Coach of the Year award. Gustav also racked up his accolades while playing for the Mustangs. He was a three-time all-league selection in the Great Plains Athletic Conference (GPAC) and the Defensive Player of the Year in 2020. 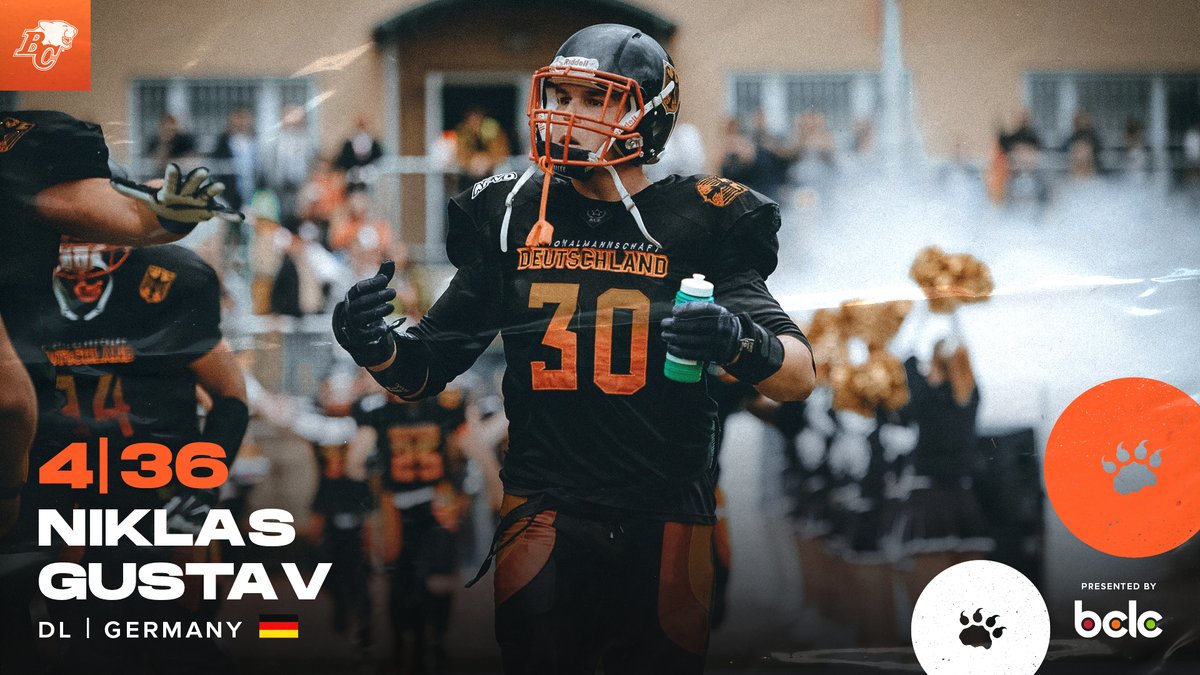 In the same season, Gustav also made school history by becoming the program’s all-time sacks leader (23.5) after surpassing Bob McCabe’s former record (23) that was achieved in 1993. As a senior in 2020, Gustav led the GPAC with 15.5 tackles for loss and 8.5 sacks on the year. From Gustav’s global combine results, he benched 14 times, ran 4.93 seconds on his 40-yard-dash, has a 9’7” broad jump, 7.10 seconds on 3-cone and 4.33 seconds shuttle time. A deeper dive into the entire CFL 2.0 initiative reveals a strong prospect pool from Germany. Look no further than the contributions of Thiadric Hansen with the Winnipeg Blue Bombers last season.