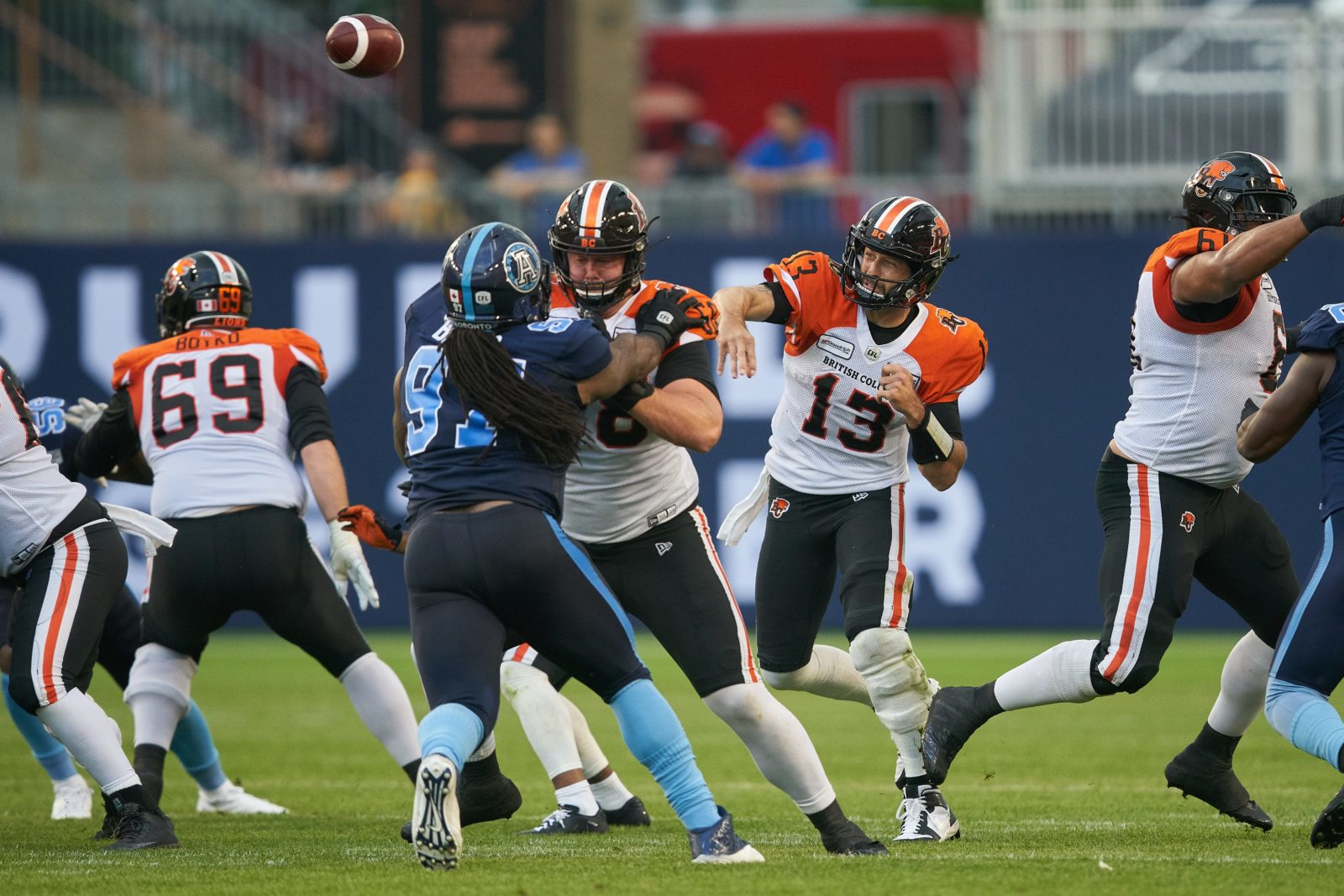 From now until the start of the 2021 training camp on July 10, bclions.com will provide a positional breakdown series to preview all the new and familiar faces, who will be taking the field at Hillside Stadium in Kamloops. We’ll continue this series with our quarterbacks.

All good things come to those who wait. And boy, that’s a saying many of us can appreciate as life on the grid iron is set to return. For Lions offensive coordinator Jordan Maksymic, he’s been champing at the bit to get back to non-virtual work with quarterback Michael Reilly- as well as four other solid pieces on the depth chart.

Quick history lesson. Maksymic and Reilly worked together in Edmonton from 2016-18 when the former served as quarterbacks coach under Jason Mass. In each of those seasons, Reilly led the CFL in passing yards. He also won his only CFL Most Outstanding Player award under Maksymic’s tutelage in 2017.

This Sunday in Kamloops, the band will officially be back together.

“We just had such a good group and he would say the same thing,” said Maksymic of the history.

“Coach Maas ran a good group and we also had Carson Walsh coordinating the offence. We were such a close group, on the field, off the field and in the meeting rooms. We all saw the offence the same way. We’re just going to replicate that here. Mike and I are on the same page as far as how to attack defences. The success will follow.”

As for re-kindling some of that magic in orange together, the OC also expects two things to play a big role in how number 13 performs.

“He’s had an extended break to rest his body and also has a sizeable chip on his shoulder because of how he walked off the field in 2019,” said Maksymic. 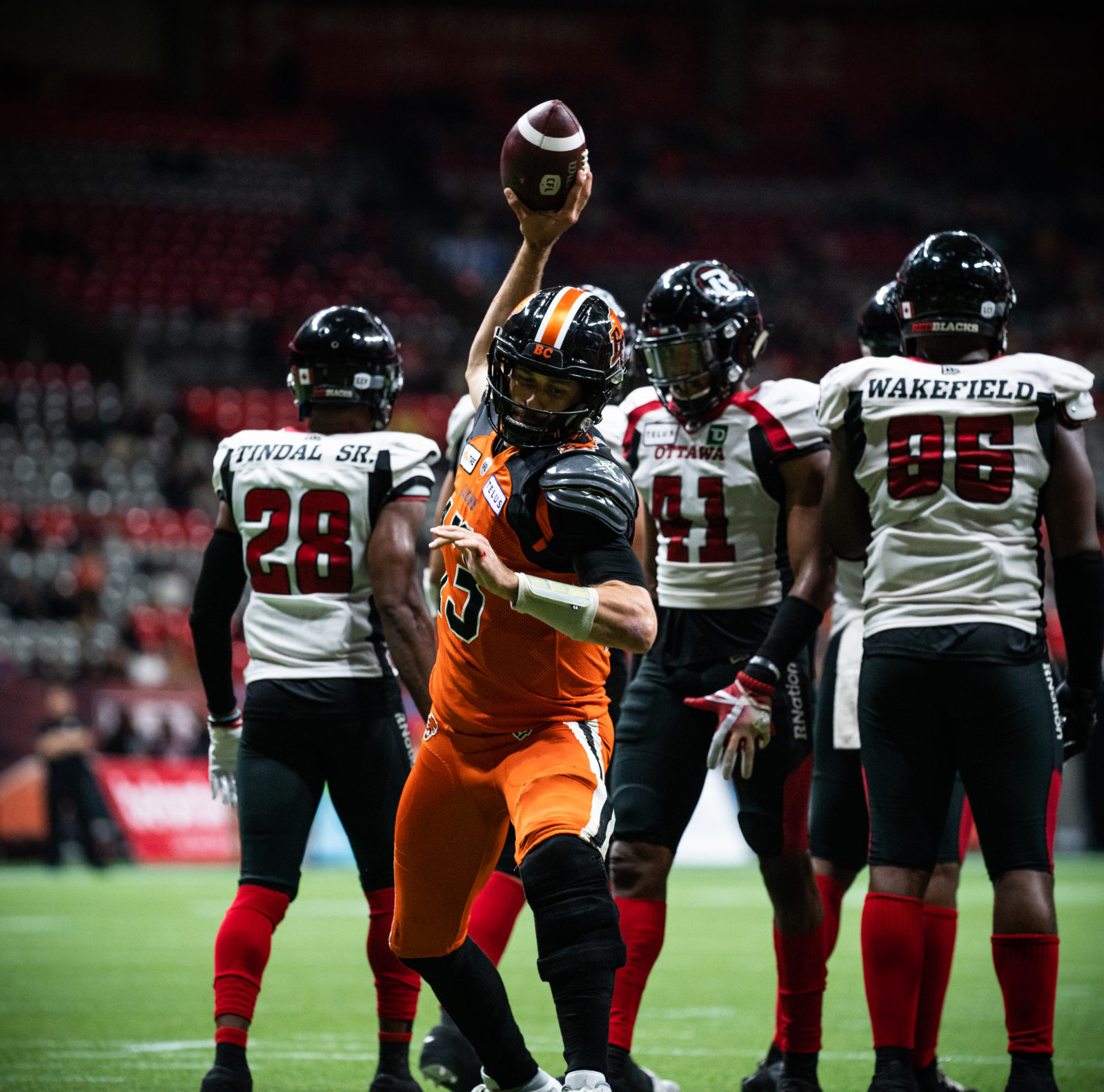 “He’s been sitting on that, letting it eat at him a bit so that will work in our favour. Mike has had a long-time to think about some things. Getting an extra motivated Reilly is going to lead to some tremendous things.”

One of the more exciting storylines for this writer to track in 2021, and beyond, is seeing just how high Reilly can climb up the CFL’s passing charts.  Before suffering that broken wrist in game 16, he was on track to nearly hit the 5,000-yard passing mark for a fourth straight season.

The fact he has said over and over again the year off helped his body recover from years of bumps and bruises tells you all you need to know. He will have a few more great years of production before all is said and done.

Below Reilly on the depth chart is where it gets really interesting. The only veteran experience beyond number 13 comes in the form of Will Arndt, a free agent addition from Ottawa prior to 2020.

“We’re excited about Will,” explained Maksymic.

“This is for lack of a better term, but he brings a bit of a security blanket. He’s gone through the process as a starter, plus he’s spent a lot of time in the offence in Ottawa that’s going to be similar to ours. The veteran presence will serve us well.”

Fans and CFL junkies alike will also be jacked up to see how Canadian Nathan Rourke will figure into the plans. Selected in round two of the 2020 CFL Draft, Rourke enters his first CFL camp with plenty of upside.

“I still haven’t met him in person, but we’ve spent a spent a lot of time on virtual meetings going back two offseasons,” said the OC.

“He has exceptional arm talent. The athleticism and ability to run just adds more to his game. It would be beneficial to try to get him on the field when we can.”

Rounding all out is a couple of intriguing American rookie prospects in Shea Patterson and D’Angelo Fulford. Both bring big-game experience with them to their first pro camps north of the border. Maksymic expects them to fit in well from the start.

“We’re not expecting the moment to be too big for either of those guys,” said Maksymic.

Buckle up. The aerial attack is about to begin. 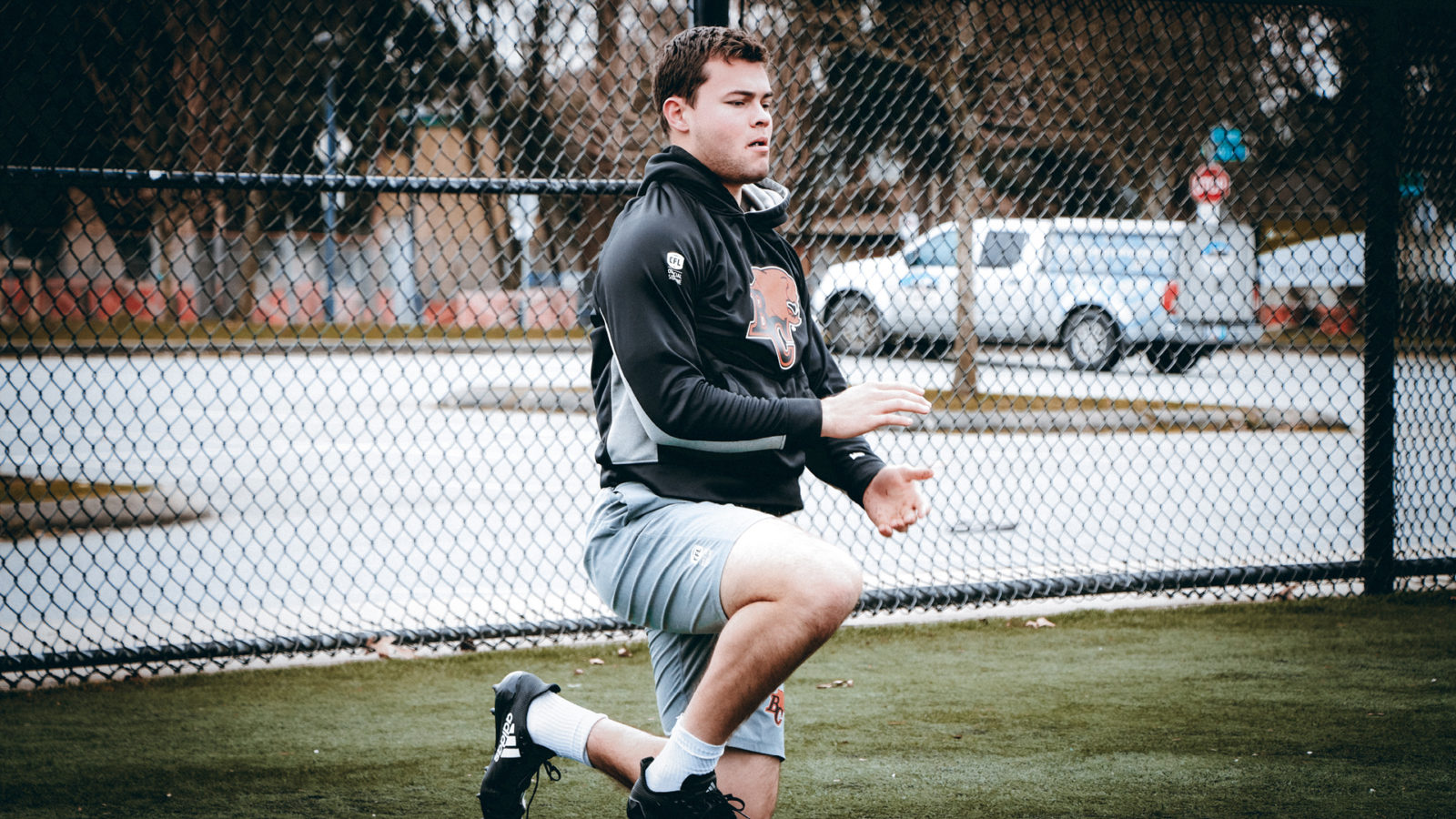 The four quarterbacks battling behind Reilly to kick off camp all bring something unique to the table. Here is a couple of tidbits on each one.

Will Arndt (A)- reunited with his Ottawa head coach Rick Campbell, Arndt has four games of starting experience under his belt from the final four regular season games of 2019. Ironically, it was former Lion starter Jonathon Jennings whom Arndt replaced in the nation’s capital.

Nathan Rourke (N)- he grew up back east but was born in Victoria and has relatives in Vancouver. So we’ll claim him as a BC boy. Lions brass, however, will tell you it isn’t his passport that excites them. What might be intriguing to follow is how he might fit into this offence as a rushing QB. He put up an amazing 2,639 yards and 49 touchdowns on the ground.

Shea Patterson (A)- along with throwing to a star-studded receiving group at Ole Miss that included D.K. Metcalf and A.J. Brown, Patterson then transferred to Michigan for his final two years and ended up seventh amongst all-time Wolverines in passing yards. That puts him ahead of some guy named Tom Brady and his coach at the school, Jim Harbaugh.

D’Angelo Fulford (A)- enjoyed four solid years at Mount Union in Ohio where he led the Purple Raiders to a Division III national championship in 2017 and also became just the second in program history to earn Ohio Athletic Conference Offensive Back of the Year.

“I’m looking forward to getting to training camp. I’m excited to see the guys. Guys are going to have to knock some rust off at training camp, myself included, but I think the excitement level is going to be higher than it ever has.”- Reilly on finally getting back to action after a long layoff.