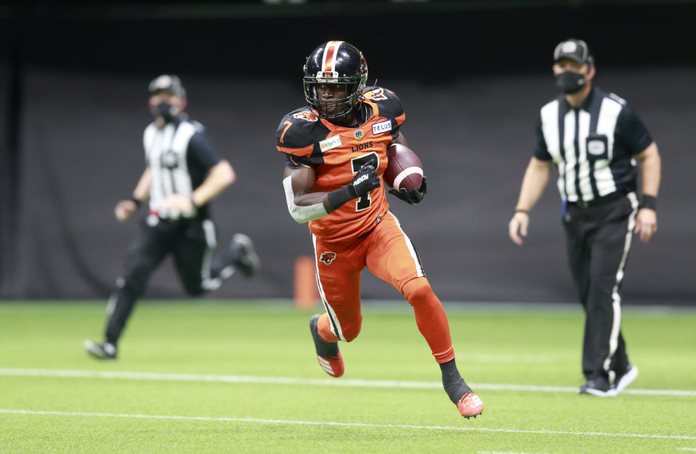 Complete and utter domination from start to finish. Your BC Lions (3-2-0) are now over the .500 mark for the first time since October 0f 2018 after a 45-13 drubbing of the Ottawa REDBLACKS (1-4-0) on Saturday before a capacity crowd of 12,552 fans at BC Place on Saturday night. The home side was superior in all three facets as they would keep pace with Winnipeg and Calgary who were also victorious in this triple-header day in the CFL.

We now present some game takes from Matt Baker following the big win and sweep of Ottawa.

Reilly Is Just Fine Thank You

After he was forced to leave the pre-game warmup to get his lingering right elbow injury looked at, Michael Reilly was once again able to start and would come out firing on all cylinders. He completed his first 11 pass attempts of the game and threw touchdown strikes to Keon Hatcher, Jevon Cottoy and Bryan Burnham in the opening quarter.

The reigning CFL Top Performer of the Month finished his night 22/26 for 319 and four majors. A second touchdown connection to Burnham in the third quarter put the game out of reach.

Seeing Hatcher make a touchdown reception in his first CFL start is some nice validation for the former Oakland Raider who impressed Lions coaches and scouts early and often at 2021 training camp in Kamloops.

As for the quarterback, seeing him continue to battle through despite being limited in practice pretty much all of this season speaks volumes. He also contributed on the ground with four carries for 27 yards.

We’ve been saying this offence is due to break out. This was an ideal time for it to happen. 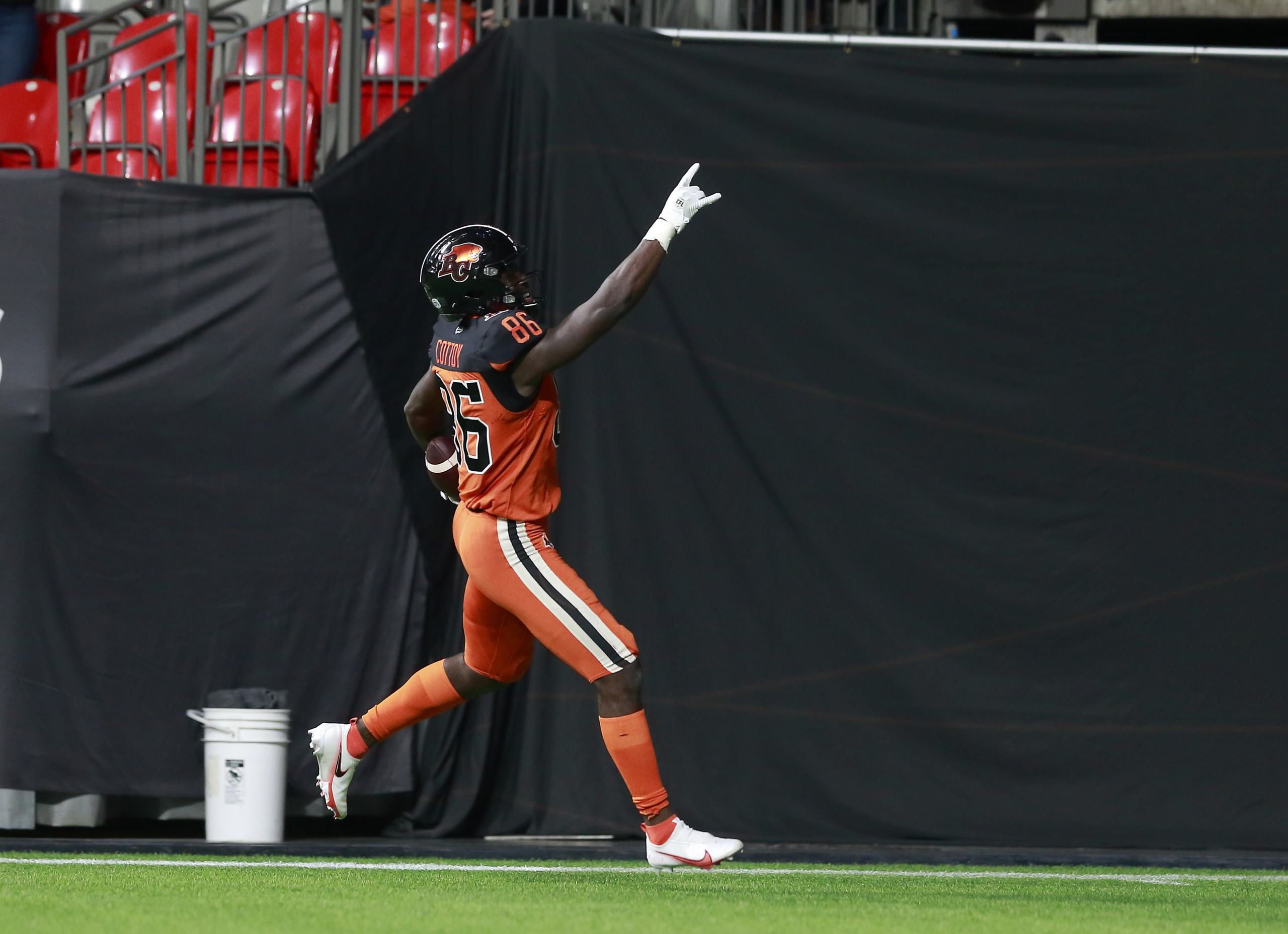 The Playmaker Has Arrived

Lucky Whitehead made the fans come out of their seats early in the second quarter with his 119-yard missed field goal return to the house to put them ahead 28-7. Special teams, specifically the return game, have been an area of concern up until this week. Whitehead’s touchdown and Chris Rainey’s opening kickoff return to set them up in Ottawa territory both helped alleviate those concerns for the time being.

Speaking of the ‘playmaker’ Whitehead: he helped set the tone in the second half with a big 63-yard catch from Reilly that helped set up Burnham’s second score of the night.

The squad was jacked up to add him in free agency. You saw first hand his speed and playmaking abilities can turn the game in an instant.

Reilly, Burnham, Hatcher, Whitehead and company will come away with plenty of the headlines. The defence must be commended for bending and not breaking on a few occasions after allowing big chunks of yards. They recorded two straight turnovers on downs as the clock was winding down and stopped Ottawa receiver RJ Harris from reaching the goal line on the final play of the game. Never quitting is a huge testament, no matter how lopsided the result is in your favour.

The biggest defensive play of the night was Bo Lokombo’s interception return touchdown deep in Ottawa territory to close out the first half. It was a big momentum shift after Reilly had thrown an end zone interception three plays before- his first thrown this season in game number five.

REDBLACKS QB Dominique Davis completed 33 of 50 passes for 333 yards and a touchdown. As we were saying, the visitors were able to move the ball. This Lions defence didn’t allow them to finish.

27:28- the Lions actually trailed in time of possession tonight. Much of that was due to them finding the end zone quickly on a few drives.

84.6- Reilly’s completion percentage. He nearly hit Hatcher for another touchdown pass that would have matched his career-best of five in a game.

82- Whitehead’s receiving total in this one. He now has 421 on the season, third-best in the CFL.

“We had talked offensively about how we had to finish in the red zone. It was definitely a nice way to start the game. I think we scored touchdowns on the first three drives. We certainly got some help from our special teams with that awesome kick return by Rainey, but it was nice to set that tone and just maintain it throughout the game.” – Michael Reilly

“We made some really good catches. It’s fun to watch those guys play because they make really special things happen. That’s what you need sometimes. It doesn’t always work the way it’s drawn up but you have good players that can bail you out. That’s fun to see.”- Rick Campbell.

The squad heads back out on the road to Montreal for a battle with the 2-2 Alouettes Saturday, September 18th at Percival Molson Stadium. The Alouettes had a bye this week and are coming off a convincing 51-29 win in Ottawa last Friday night. Kickoff next week is 4:00 pm PT.