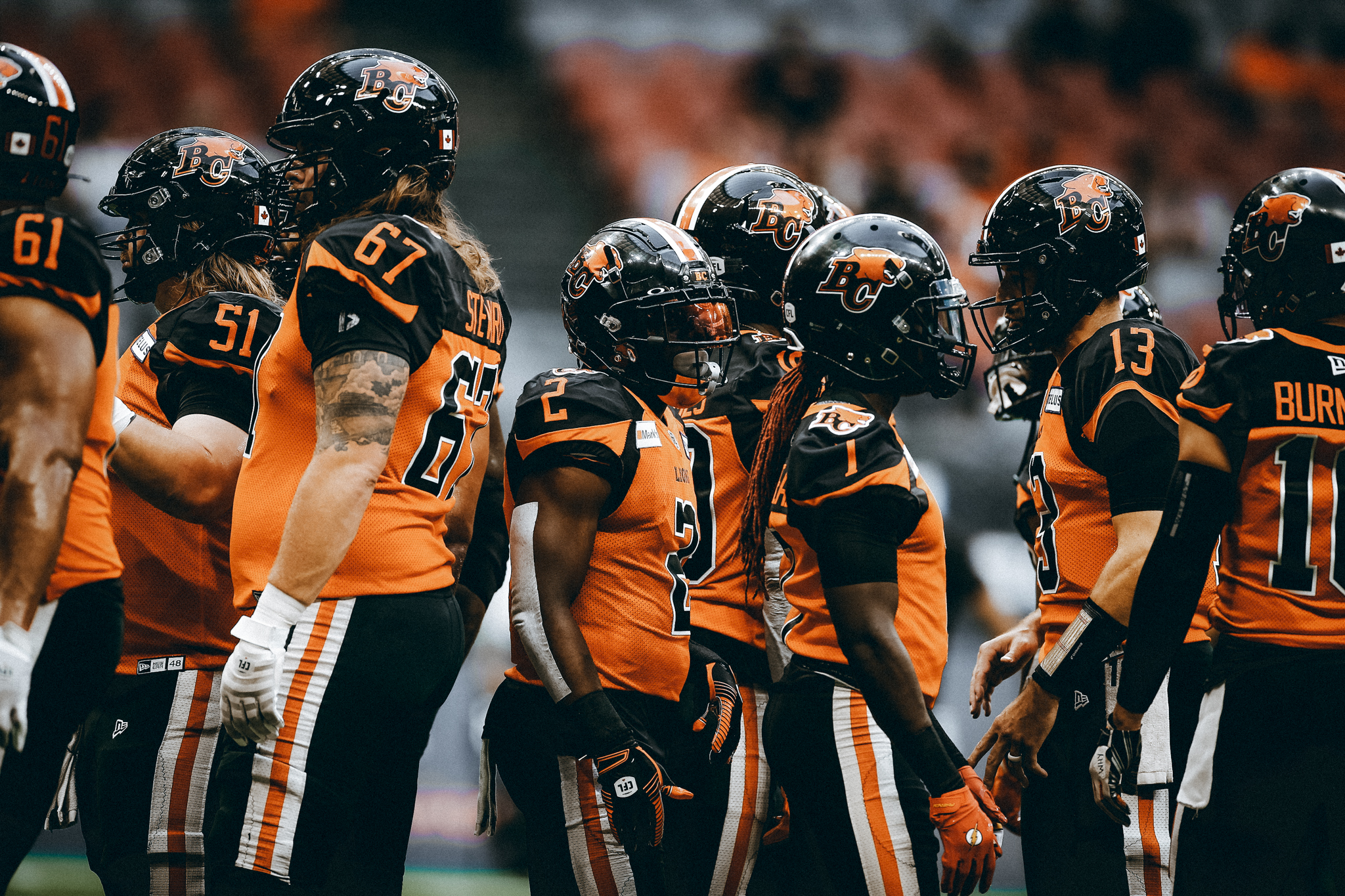 To a man, they will tell you they aren’t satisfied just yet. Each victory has left them craving more execution while both of their losses could have easily gone either way if not for two or three plays not going their way. Still, there is plenty to be impressed about over this 2021 edition of the BC Lions through six games as complimentary football has been on display.

Ahead of a very important stretch where they will play three home games against West Division foes, we present five takeaways so far from this Lions season.

Reilly Is Just Fine, Thank You

QB1 said from the start that having a year off to rest his body and his mind would go down as a blessing in disguise. So far, that has held true. Despite his lingering right elbow injury that kept him limited in practice from early on in camp, Michael Reilly has proven week in and week out he still belongs in the upper echelon of CFL quarterbacks.

A big part of his success has been the play of the offensive line that has held together quite nicely despite injuries at various times to starting tackles Joel Figueroa and Ryker Mathews.

Number 13 leads the CFL in efficiency rating (119.5), completion percentage (75.6) and also has the league’s lowest interception rate of 0.6 percent. His 1,601 passing yards trail only Winnipeg’s Zach Collaros. With Reilly rolling, that will certainly boost this team’s quest to get back to the playoffs and battle for top spot in this competitive West Division. 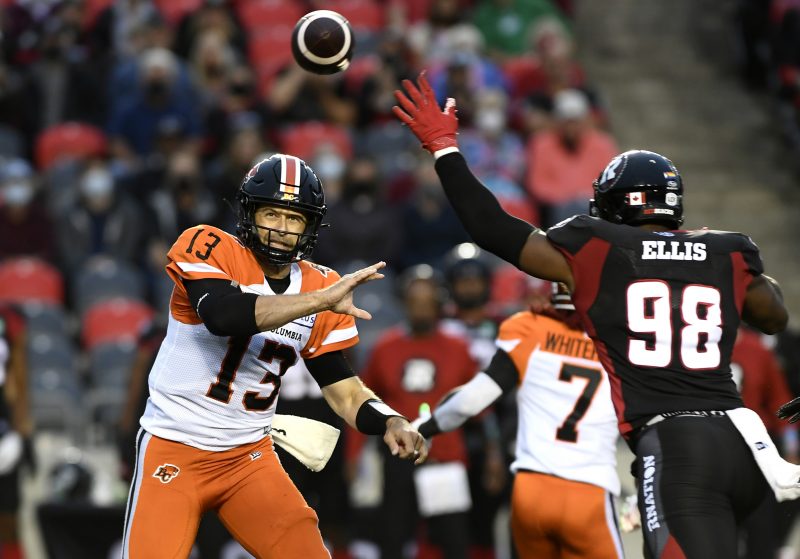 Rourke Can Play Too….

It wasn’t an ideal situation in his earlier than anticipated pro debut; being thrust into action at the last moment as Reilly’s elbow pain was too much to handle in week one at Saskatchewan. After a shaky start, the Victoria-born Rourke passed for 194 yards and two touchdowns while almost helping the squad erase a 31-point deficit. More recently, he contributed on the opening touchdown drive Saturday in Montreal with a 17-yard run on a naked bootleg to set them up 1st and goal inside the five.

He stayed in for the next play and pitched one to James Butler for the first points of the evening. It’s no secret Reilly looks like he has several good years left. Having someone like Rourke who can be used in certain packages doesn’t hurt either.

We knew what Lucky Whitehead was capable of doing when the Lions made him a key addition in the opening hours of free agency. All he wanted was a chance to play a big role in the offence. And boy, has Lucky Whitehead sure delivered. The speedster has been a focal point of the offence and on special teams thus far, his 554 receiving yards good for the CFL lead through seven weeks. He also dazzled with a 119-yard field goal return touchdown in the September 11th win over Ottawa.

You’d be hard-pressed to find a free agent addition that has made this big an impact with the Lions in recent years. He has also developed into quite the character off the field with his scooter riding and antics on post-game flights where he can be seen helping the Air North crew serve meals and drinks.

There have been times with the line has struggled to get pressure. Other times where big chunks of yards have been allowed. But at the end of the day, this revamped defence has been a major cog in the Lions’ wheel through six contests.

Go back to week two when they committed four interceptions against Calgary’s Bo Levi Mitchell in a gritty 15-9 win. Youngsters KiAnte Hardin and Jalon Edwards-Cooper have both contributed at key moments while 2020 1st overall pick Jordan Williams has looked like a star in the making at middle linebacker.

As for the defensive line, the likes of JR Tavai, Obum Gwacham, Josh Banks, Tim Bonner, Ufomba Kamalu and Global Niklas Gustav have each contributed at times in the rotation.

The rainy, 24-12 win in Ottawa in late August was perhaps their best showing to date. They will make an impact when it matters most. 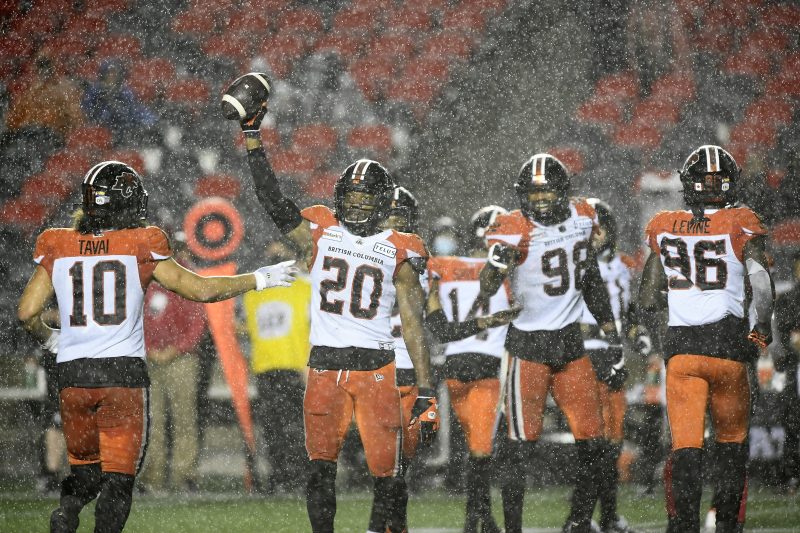 The Special Is Back In Special Teams

Credit to the organization for addressing the early kicking problems. Jimmy Camacho replaced the struggling Takeru Yamasaki in week three and still remains the only CFL placekicker to not miss this season. Camacho is a perfect 9 for 9 through four contests.

And then there is UCLA product Stefan Flintoft who- since debuting the same week as Camacho- leads the CFL with a 49.3 yard punting average. Field position is an important key to victory any week. What the Lions are getting in the kicking game has been top-notch.

After a slow start, the return game has gotten consistently better. Chris Rainey has had two solid opening kickoffs to set them up in the opposition’s territory. It will be worth seeing how he progresses after leaving the Montreal game early with an injury. Whitehead and James Butler are among those who can step in if needed. Let the complimentary football continue! A big three-game home stretch begins this Friday against the Roughriders.