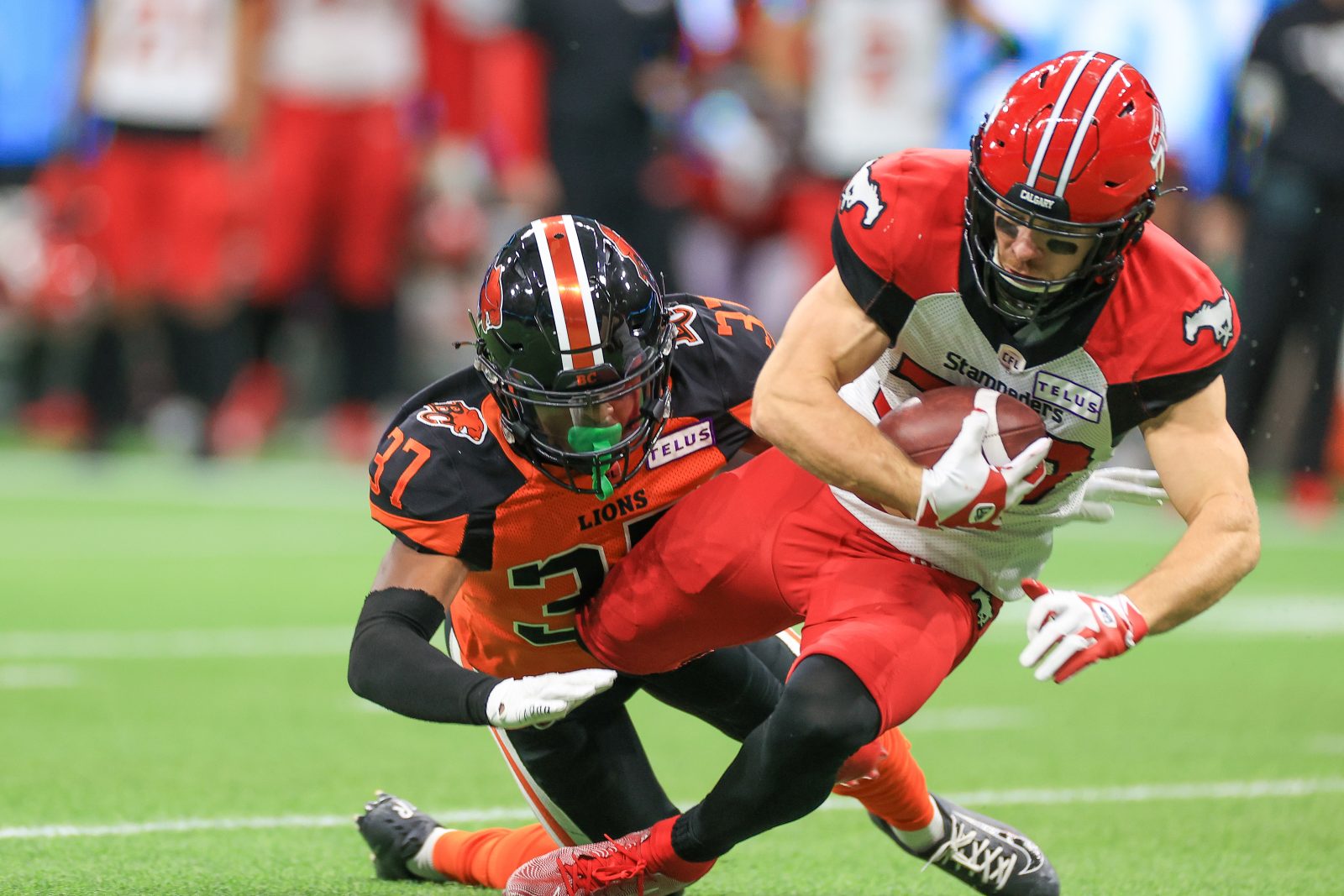 CFL BC Lions vs Calgary

For the first time since week three, the BC Lions (4-5-0) are below the .500 mark courtesy a 39-10 loss to the Calgary Stampeders (5-5-0) on Saturday afternoon before another capacity crowd of 12,500 at BC Place. The result also dropped Michael Reilly and company to fourth place in the West ahead of a tough three-game road swing that begins against the CFL-leading Winnipeg Blue Bombers next Saturday. Now for some game takes from Matt Baker:

The home side looked to set an early tone, which makes this result all that more frustrating. After each team opened with a two-and-out, Reilly got the ball rolling with a highlight-reel completion to Bryan Burnham that them up at the one-yard line. One play later, Nathan Rourke scrambled for the short-yardage major to put them up 6-0 early. Bo Levi Mitchell and the Stampeders would respond with a 13-play drive of their own which ended with a touchdown completion to Luther Hakunavahnu to give them a lead they would not relinquish. The textbook drive included a pair of third down conversions. The execution was key for the visitors in this one.

It was only a ten-point Stampeder lead at the break with the defence looking for a big stop to begin the third quarter. And then Calgary’s Roc Thomas returned the opening kickoff 101 yards to the house and it was a fourteen point deficit before they could even blink. The icing on the cake was Jonathan Moxey’s leaping interception that was returned 52 yards for a score late in the fourth. Just like the Lions did during their three-game winning streak earlier this season, Calgary was very efficient in all three phases.

Along with scoring the only touchdown for the home side, Rourke was used in a few different offensive packages and also replaced Reilly for good with four minutes to play and the result not in question. Rourke was 11/17 for 115 yards and also totalled 21 yards on three carries. Make no mistake: Reilly will lead this team until the end. But it was indeed encouraging to see the two-time Jon Cornish Trophy winner play a role in the offence. Reilly finished 13/25 for 140 yards and a pair of interceptions. 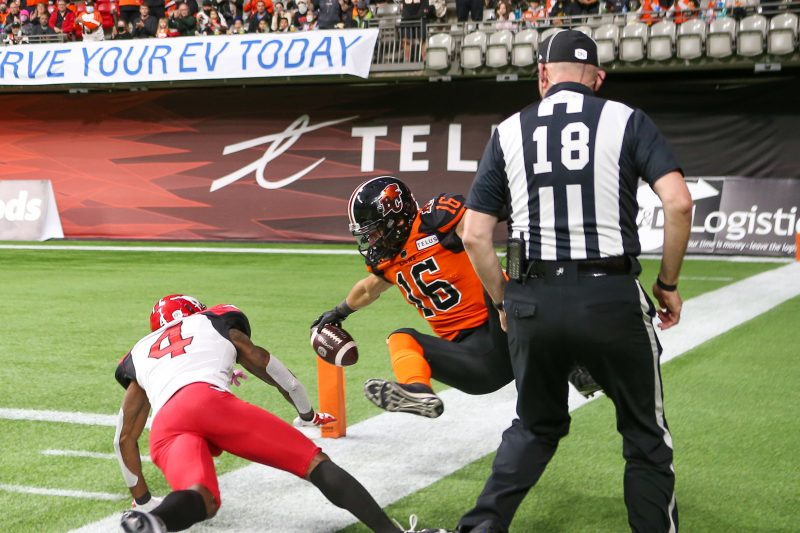 70- the Lions rushing yard total on 12 overall attempts, a big improvement from the last couple of weeks. They even started the game with a nine-yard gain from James Butler. Once they fell behind, it was more about the pass.

10.6- the Lions’ average gain on 1st down, an area Reilly specifically said they needed to be better at. The Stamps by comparison averaged 12.2 yards on 1st down.

9- the number of Stampeders that caught at least one pass. Mitchell finished 22/32 for 270 yards and the first quarter major.

“Tonight was not good enough. The biggest culprit being myself. That was one of the poorest performances I’ve ever had. I’ve got to certainly be better. There’s some stuff that we did well that we had been working on that we’ve been trying to improve; run game, that kind of stuff. But I didn’t get the job done, importantly, on second down. That’s where the biggest struggles lied.”- Michael Reilly

“We’re frustrated. I think we can play better. I’ve seen it in action. I think we can compete better and, I don’t know, I think there was an energy missing. I’m surprised because we had a really good week in practice, the guys were into it and stuff, and we’re just going to have to find a way to compete better in games.”- Head CoachRick Campbell

The Lions travel to Winnipeg to face the 9-1 Blue Bombers next Saturday at IG Field in the first of three straight games away from home. Kickoff is 4:00 pm PT.