Niklas Gustav | From Hamburg To The Lions Den 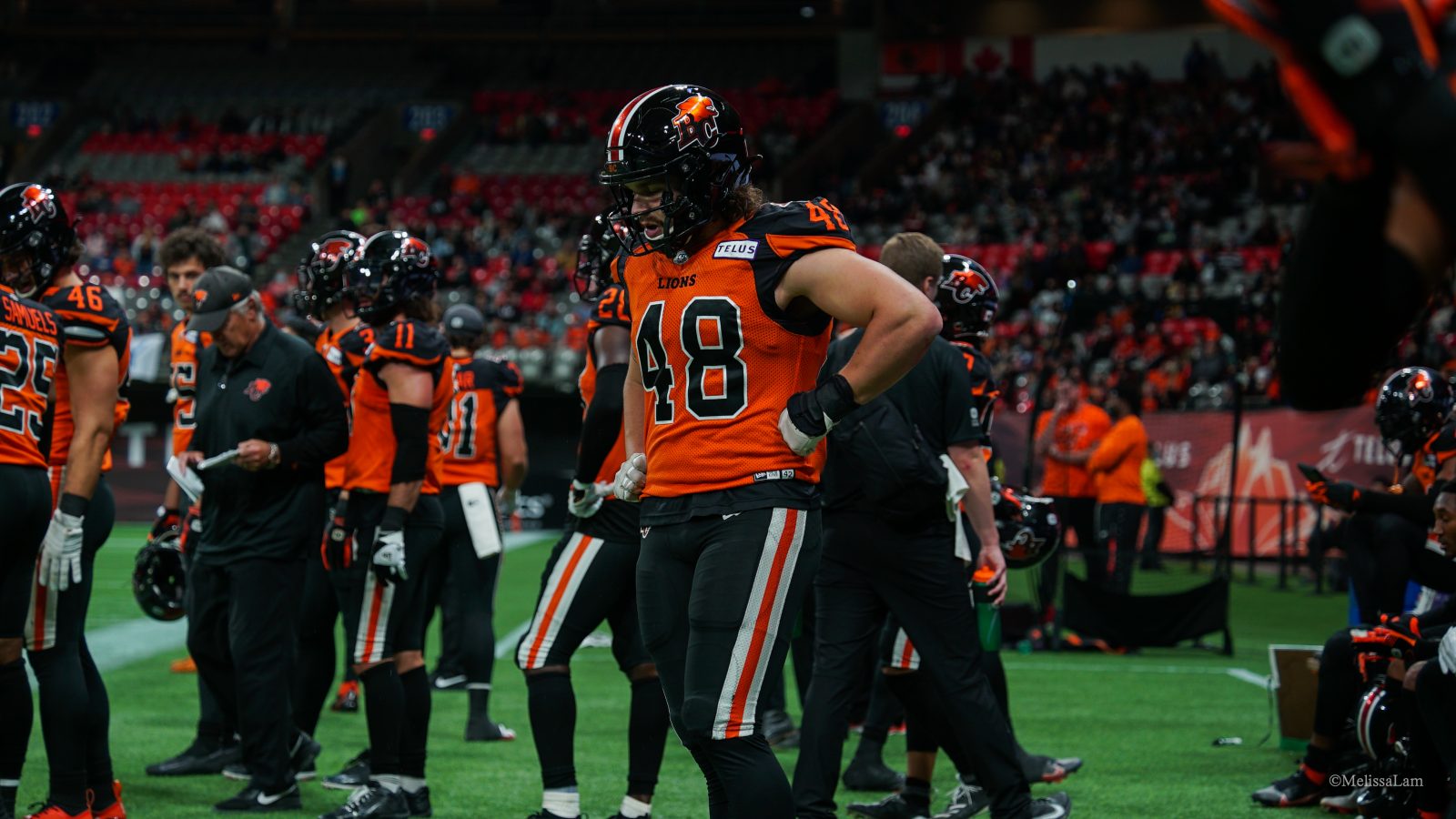 Niklas Gustav | From Hamburg To The Lions Den

The Global initiative in football has sparked a huge interest across countries outside of North America in recent years. Niklas Gustav, one of four Lions’ Global Draft Picks in 2021,  is one of those international players that has found a place on a CFL squad.

Born and raised in Hamburg, Germany, the defensive end started playing football in 2012 at age 16. Initially, NFL Europe helped to grow the game before it was folded in 2007. Many people who were still passionate about American football kept paving the road for the younger generation at the club level.

“Unlike America or in Canada, we don’t have high school sports. I played for a club team called the Blue Devils and we only practice like two or three times a week. Then everything else you want to get better was pretty much on your own,” Gustav said.

Even though the majority of people in Germany play football with their feet and excel in various Olympic sports, American football and basketball are gradually becoming more common in Germany, according to Gustav.

The European League of Football recently announced a new franchise that’ll be located in Turkey. The league picked up where NFL Europe left off in November 2020 and has just concluded its first full season in 2021.

From interactions with coaches and players from the U.S., Gustav gained a strong foundation in football. He and his younger brother, Joshka Gustav, who is currently an outside linebacker for the University of Colorado Buffaloes, are self-motivated individuals as they trained on their own. A few years after first strapping on the pads, Gustav got the chance to represent the German national team. 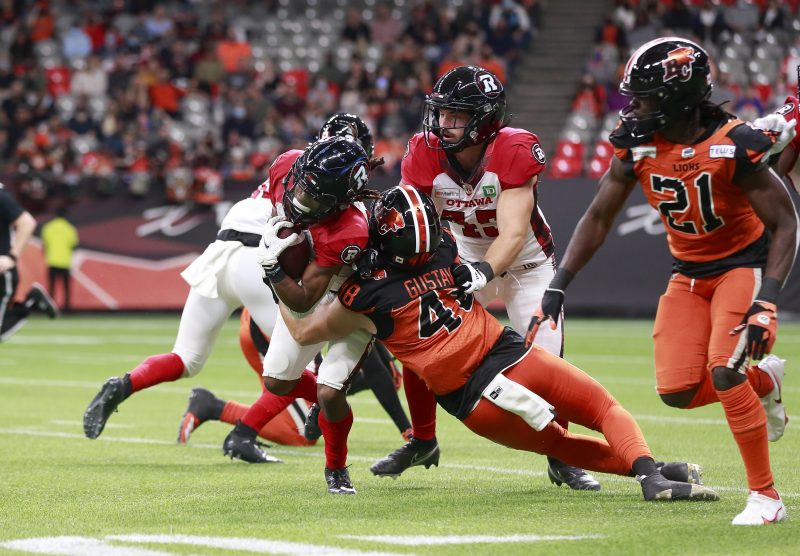 The Gustav brothers have always dreamed of playing football at a higher level since they started, that’s when they moved to San Bernardino, California to earn a scholarship to play in college.

They attended Aquinas High School for Niklas’ senior year when his brother was still a sophomore. Although they came from a strong support system in Germany, they still had to navigate themselves in a different environment on their own.

“We were super fortunate that our parents were supportive. When we were still in Germany, we had to go to different camps and teams, they would drive us for hours around Germany so we could be there and compete,” Gustav recalled.

“I’m thankful for my parents’ sacrifice, they let me and my brother go at a young age to chase our dreams. They saw us go out of the house pretty early but I think they saw how passionate we were and supported us that way.”

The Gustav brothers weren’t bothered with living independently in high school, as they were solely focused on getting recruited to play in college.

“Culturally, we came from a pretty big city in Germany and the high school we went to in California was a much more family-centered environment. It was a little bit different but experiencing football in high school and the school environment was awesome.”

In Niklas’ senior year of high school, he only played half of the season due to the transfer rules in California. Therefore, it wasn’t easy to grab any college’s attention. He thought about attending junior college for a semester or enrolling at a smaller school that he could contribute more as a player.

“I honestly looked at the rankings in NAIA [National Association of Intercollegiate Athletics], which is the division Morningside College plays in, I contacted the top five schools nationally and Morningside got back to me. I fell in love with the place and decided to go there and contribute quickly,” he recalled.

As Gustav promised, he was willing to do whatever it takes to help the Morningside Mustangs. Like the same mentality he has right now with the Lions, Gustav would be one of the players who stays after practice to improve his skills.

Throughout four seasons at Morningside, Gustav played several roles like on the special teams as a long snapper, a standout defensive end who became the school’s all-time sacks leader (23.5) and was voted as a captain by his teammates.

“I think I can attribute most of the personal success I had with the success with our teams while I was there. Our head coach teaches us how to compete, how to play without regrets in terms of giving your best and not looking back,” Gustav recalled. 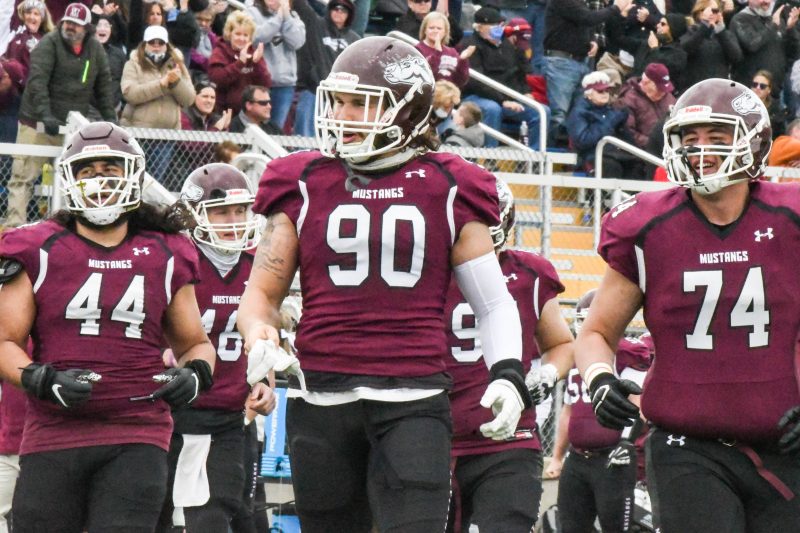 In his rookie year, Gustav primarily serves on the special teams — with five tackles leading up to this week. He understands his role right now for the Lions and it motivates him to grow into a bigger role in the future.

“At a different level, a different level of excellence is required. So I’ve been trying to improve and become consistent with both my long snaps and field goal snaps. Hopefully, I can add that to my repertoire of skills for next season. That’ll definitely be a focal point of mine to become better,” he said.

Although he has made leaping progress as a player throughout the last nine years, he’s still looking for guidance and advice. And who else other than another German professional in the CFL, Thiadric Hansen, the defensive end for the Winnipeg Blue Bombers. Hansen joined the Bombers in 2019, who currently has five defensive tackles, ten special teams stops and three sacks through ten contests.

“He’s actually from the same area I’m from in Germany. He’s a little bit older so our path didn’t cross in Germany. I always knew about him, he played on the senior teams when I was still in youth football. It was cool to see him being the first guy that comes to Canada to play in the CFL,” Gustav said.

“I reached out to him before the Global Draft and we talked about, back and forth about what to expect and how things are going up here, and yeah so last time we played at home we had a little talk and it was pretty cool and that’s just awesome to see some German guys doing it at this level like really succeeding,” he added.

With the increasing number of Global players in the sport of football, Gustav can’t think but to ask his younger brother, Joshka, what he envisions in a few years. As the next three years will pass and he’ll have to decide on the possibility of playing in the CFL or at a different competition.

“We were just talking about this the other day on the phone if that would be the reality when he graduates. He said, ‘yes, for sure. If any opportunity arises and presents to him at any professional level football, he would.”