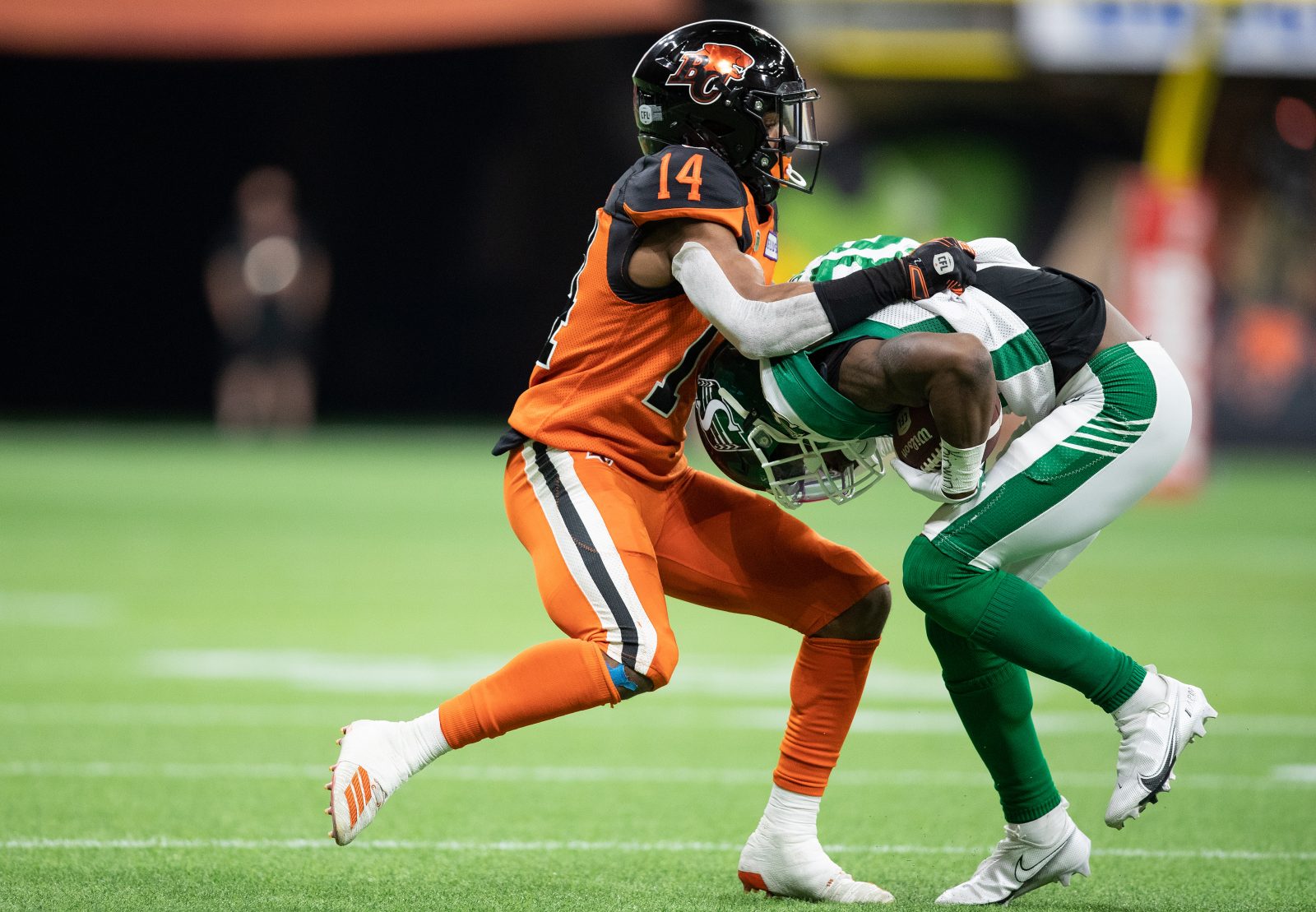 Although Marcus Sayles had success with Winnipeg Blue Bombers in 2018 and a Grey Cup-winning season in 2019 19 and his former team has the league’s best record (9-1) so far in 2021, he’s not going to reminisce very much upon returning to the Manitoba capital this weekend.

This January, Sayles inked a three-year deal with the Lions thanks to the connection with the club’s director of U.S. scouting, Ryan Rigmaiden, who was one of the reasons why Sayles chose to come to B.C.

As expected, the all-star defensive back has lived up to the hype as he’s fitting in with the rest of the secondary just fine. His numbers also speak for themselves. In eight games, Sayles has racked up 38 tackles, two sacks, one interception and one forced fumble.

“I only have one interception right now, I need to get another one soon,” Sayles said.

“The first two years I was in Winnipeg, it was real family-oriented, too. We did a lot, we always hung out with our position groups. That’s the same here. I hang out with almost one of the guys sometime every day or every weekend. I’m enjoying the city out here, there’s a lot more to do than in Winnipeg. The environment in this locker room is great and I’m just excited to be here.” 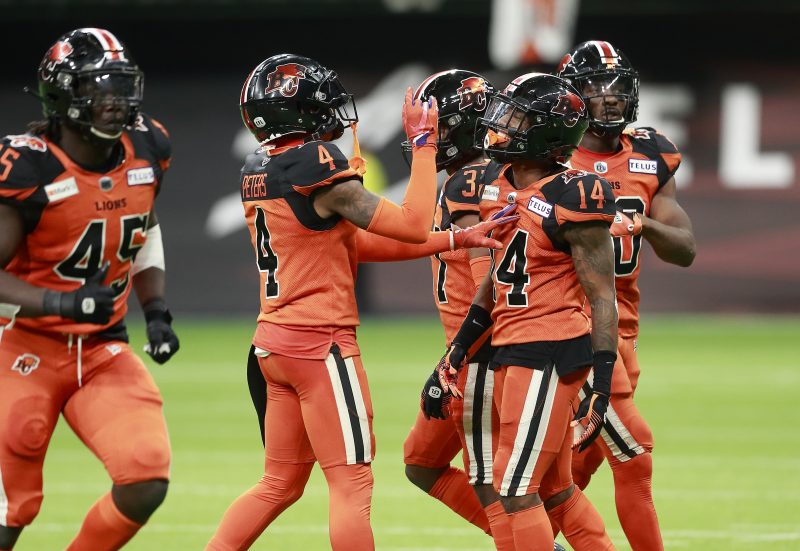 During the last outing against Winnipeg, Sayles was absent due to a calf injury. Watching his former team silence BC Place bothered him as couldn’t help the team on the field.

“I wanted to be there with them. That was the first game I’ve missed since I’ve been in the CFL. It was hard to not be out there but I’m going to be healthy this week and I’m going to play. Hopefully, my presence will help us this week,” Sayles said.

He has been looking forward to the matchup against his former team since he missed the first meeting. This one is making him extra motivated because he would love to line up against some familiar faces for old times’ sake.

“I’m still friends with a lot of the guys back there, it’s always good to have competition against the guys you played with,” he said.

“Nobody is going to give me a hard time. That’s how I feel and I’m confident in my ability. But they got some good players. You know, Darvin [Adams], Rasheed [Bailey] and Kenny [Lawler]. They’re all good receivers but I’m confident with the group that we have.”

There will always be some trash-talking, especially against the people who Sayles battled with for two seasons and collectively earned the Grey Cup ring in 2019. The Blue Bombers are on a mission to try to win it all while the Lions will need to dig themselves out of a 0-3 slump since the club traveled to Montreal for a big win on September 18th. 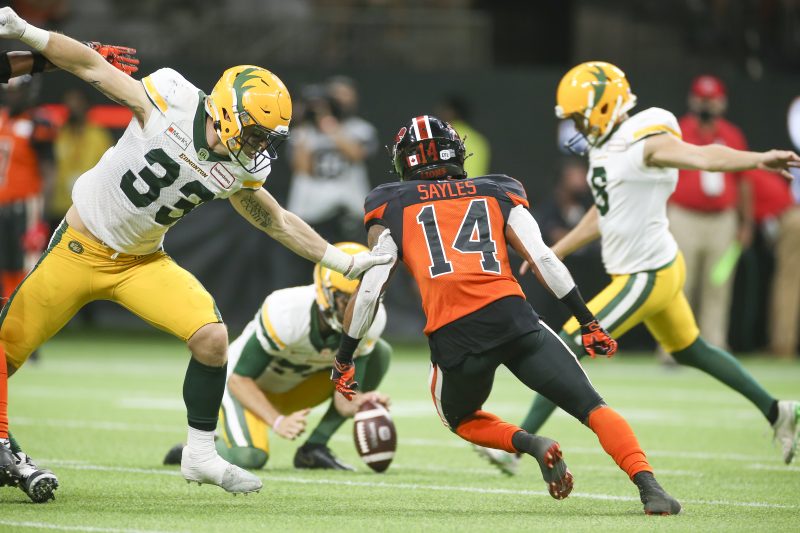 It won’t be the first time Sayles and his team went through a few losing streaks but found a way to peak at the right time for the postseason. In 2018, Sayles and the Blue Bombers went through a four-game skid and another three-game skid in 2019. But they managed to capitalize on the last few regular-season games and got their mojo back in time for playoffs.

“When we did it in Winnipeg, it was rough and we just had to figure out a way to get out of that slump. The same thing I tell the guys here is that it’s still possible. When I was in Winnipeg, we had to win the games that needed to win to get to the playoffs,” he recalled.

“It’s the same situation. We got these last five games. From what it looks like, we might have to win four out of five. Don’t let a team fool you just because they have a better record, as long as we have that mentality that we can do it, I think we’ll be fine.”

On the bright side, the Lions are 3-1 on the road this season. Although heading into Winnipeg this Saturday won’t be an easy task and followed by another two away games in Toronto and Hamilton.

“For the most part, we’re better in away games. We’ve risen to the occasion every single time. This is probably a better opportunity for us to go into other people’s home stadiums. I don’t know why but it seems like we have a different mentality when we go away,” Sayles said.