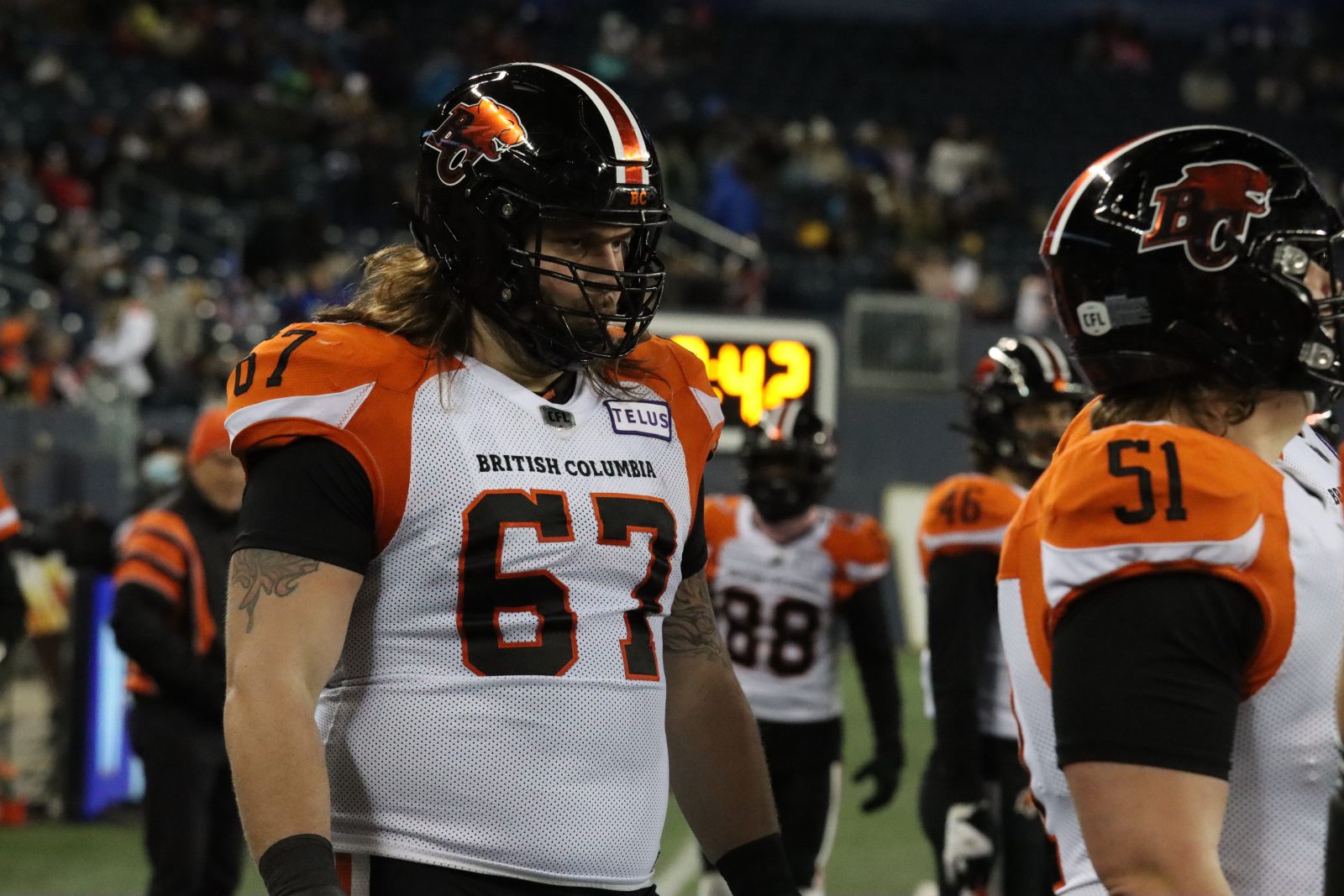 When the Lions host the Calgary Stampeders this Friday in a must-win contest, the organization will be saluting the service members of the Canadian military. This year marks the 100th anniversary of the poppy-wearing tradition in Canada, to honour the lives of the fallen soldiers and service members who have made a tremendous sacrifice for Canada over the years.

As a kid who grew up in a military household, Lions offensive line, Hunter Steward has a long lineage of family members who served in the Canadian military. His father Robin is the Lieutenant Colonel in the Canadian Army. Robin’s father Dale was a fighter pilot in the air force and Hunter’s cousin also serves in the Canadian navy.

Steward, who spends most of his time in the gridiron, can only be appreciative of the duty all service members have done to protect Canada since the First World War.

“I mean, it’s a tough life. My dad doesn’t really talk a whole lot about that stuff. But I know that people who serve in the Armed Forces see some stuff and have to deal with some things that a lot of people shouldn’t have to deal with,” Steward said.

Robin has been deployed to multiple military bases across Canada and missions in Afghanistan, Bosnia, Syria, South Korea, Australia, Germany and more.

It was tough for Steward as a kid because he had to move a lot when his father would relocate to a different military base in Canada. Meeting people and making friends wasn’t easy but sports bridged that gap for him.

The seven-year veteran for the Lions recalled the time when he first played organized football in the seventh grade while living in Oromocto, New Brunswick back in 2003.

“There is a military base in Oromocto, it was the first time I’ve ever played football. I remembered it quite clearly. I lived in military housing, played football, baseball, hockey and even started playing lacrosse, too. I liked it there,” he said. 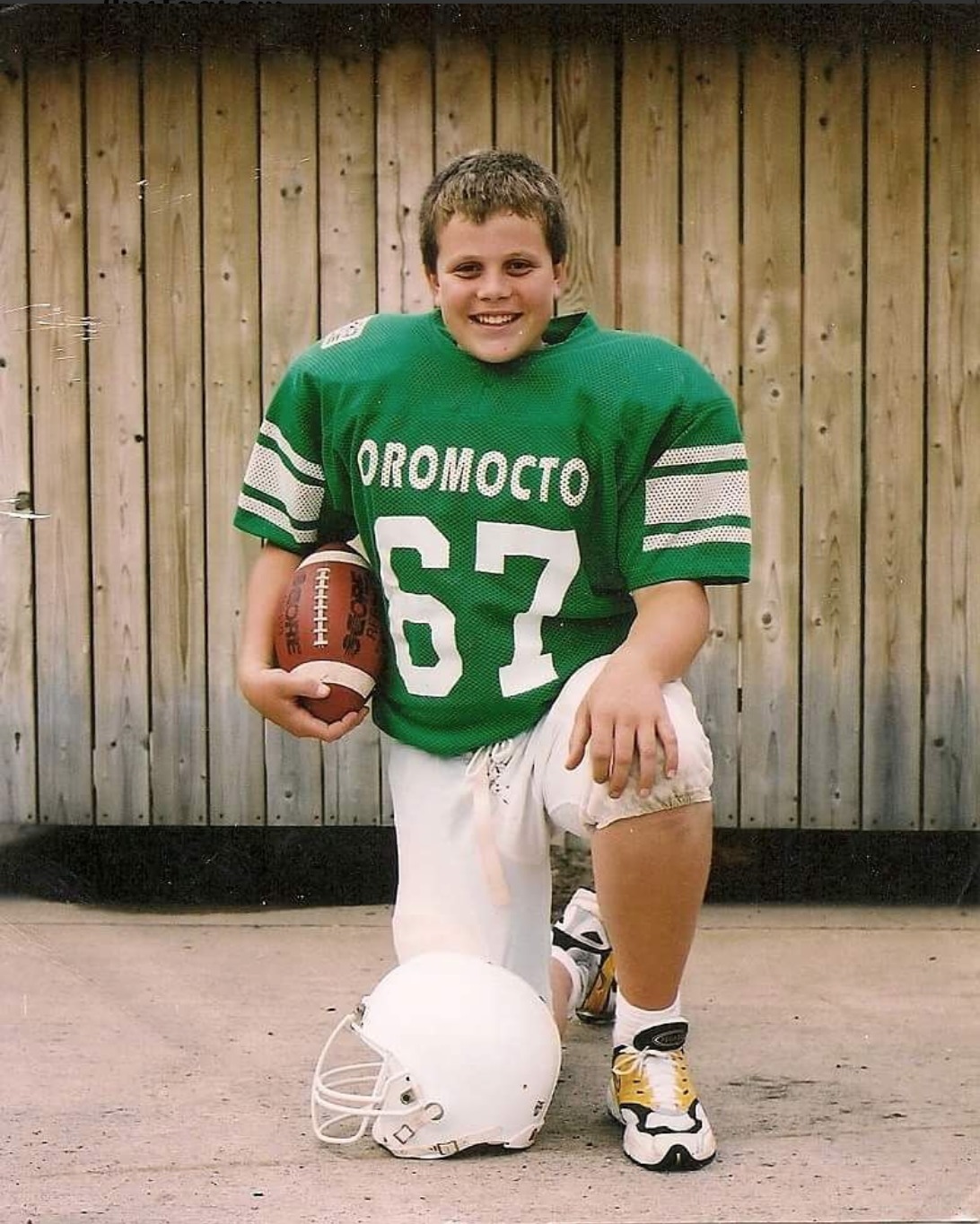 Before moving to the Maritimes, Steward and his father lived in Toronto briefly. He attempted to try football for the first time but was shunned away by the weight category. Because Steward was always a big kid, he was put together with high school players.

Those were a few of the childhood memories that Steward remembered growing up while living on multiple military bases. And sports lay the foundation for Steward’s career path and becoming an asset for the Lions.

“I grew up in that lifestyle. Military families living on the base are all kind of in it together. The kids are always moving every year. Sometimes it was tough growing up, but everybody does it and you make friends pretty quickly by getting involved in sports. But I have a lot of pride in my family with three family members served,” he said.

The left guard is the longest-serving member on the current Lions squad with 87 games in orange and black under his belt, only 13 games shy away from the 100th milestone. 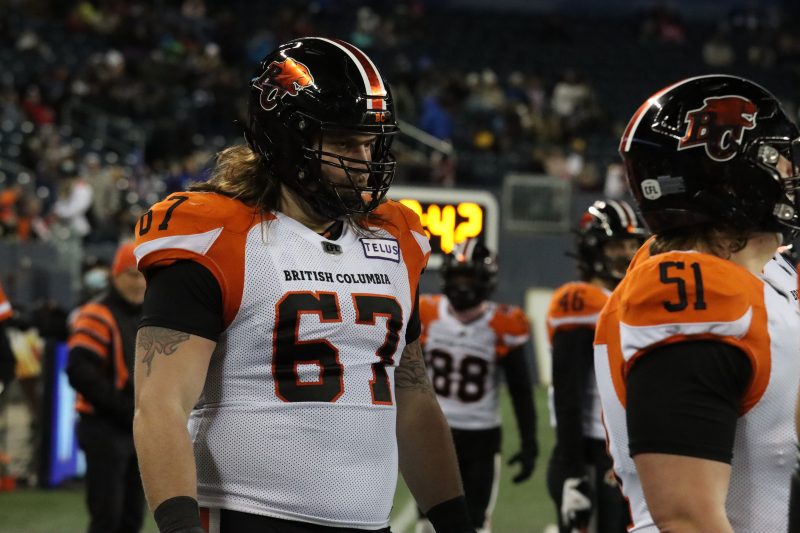 None of that matters right now as the Lions will need to get past the Stampeders and the Edmonton Elks in the next two weeks, while hoping for a loss from Calgary in week 16 against Winnipeg. As one of the leaders on this team, Steward and the offensive line’s goal right now is to purely end the winless drought since the last six contests.

Although he may not remember everything from his childhood, he’ll always believe in honouring the military veterans who have served for Canada. Especially when Remembrance Day is coming up, Steward usually takes the time to respect the Canadian armed forces.

“Just an appreciation for what a lot of people have done in our armed forces to create an environment where we can live in this great country. Naturally, you just try to not take things for granted a little bit more during this time of the year,” he said.