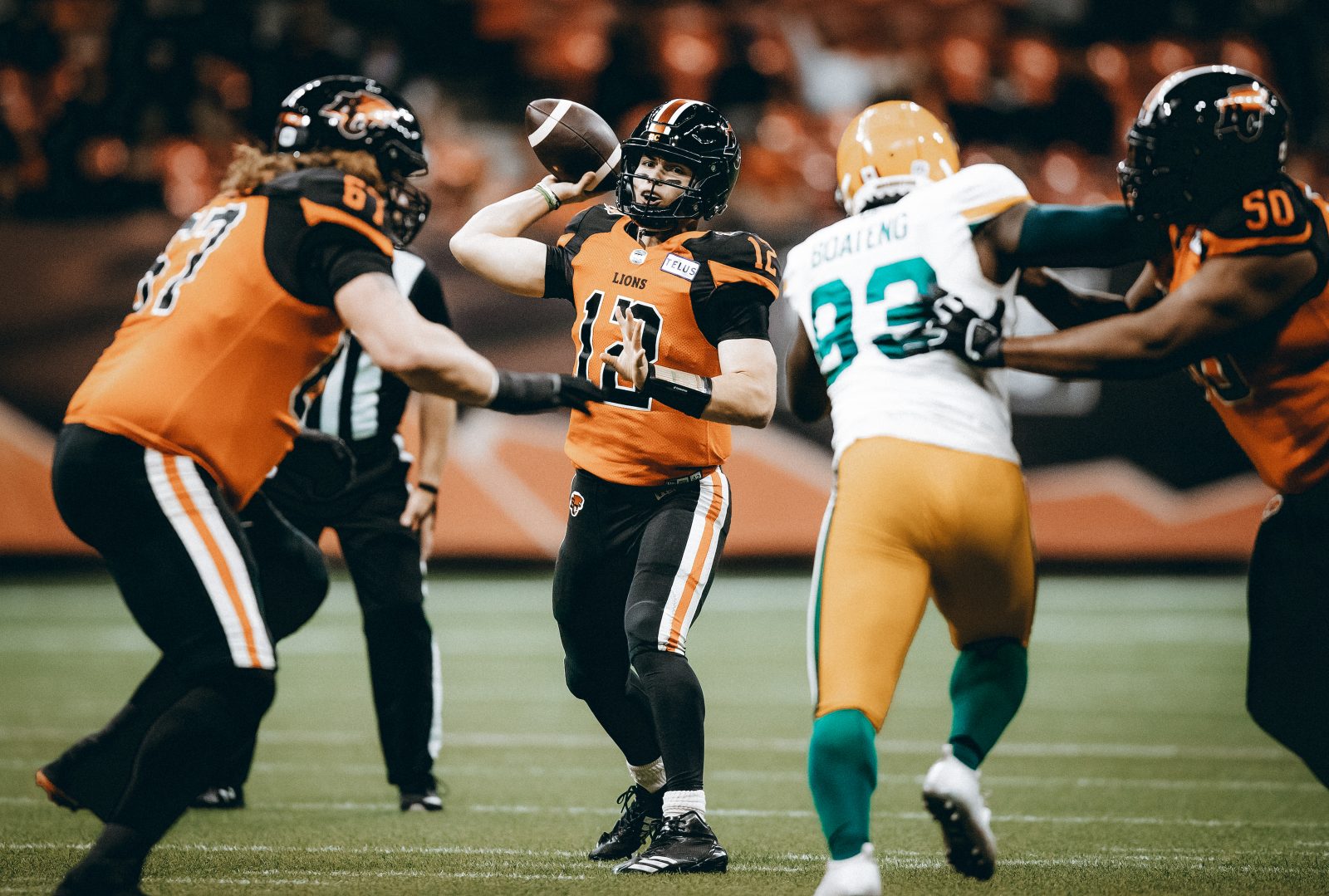 B.C. Lions quarterback Nathan Rourke (12) passes as Phillip Norman (50) holds off Edmonton Elks' Kwaku Boateng (93) during the first half of a CFL football game in Vancouver, on Friday, November 19, 2021. THE CANADIAN PRESS/Darryl Dyck

Following an outstanding showing in last Friday’s 43-10 beatdown of the Edmonton Elks, BC Lions quarterback Nathan Rourke was rewarded with CFL Top Performer of the Week honours.

Making just his second professional start behind centre, the Victoria-born Rourke finished his evening 23 of 34 for 359 yards while throwing a touchdown pass to Bryan Burnham on the game’s opening series. Rourke also rushed for three touchdowns as the squad opened up a 34-0 lead before halftime.

Drafted in round two (15th overall) by the Lions in the 2020 CFL Draft, the former standout at Ohio University dressed for all but one game in his rookie campaign, completing 52 of 82 passes for 754 yards and three touchdowns while adding a total of 111 yards and five majors on 18 carries.