Back For Year Eight, Lee Hungry To Win 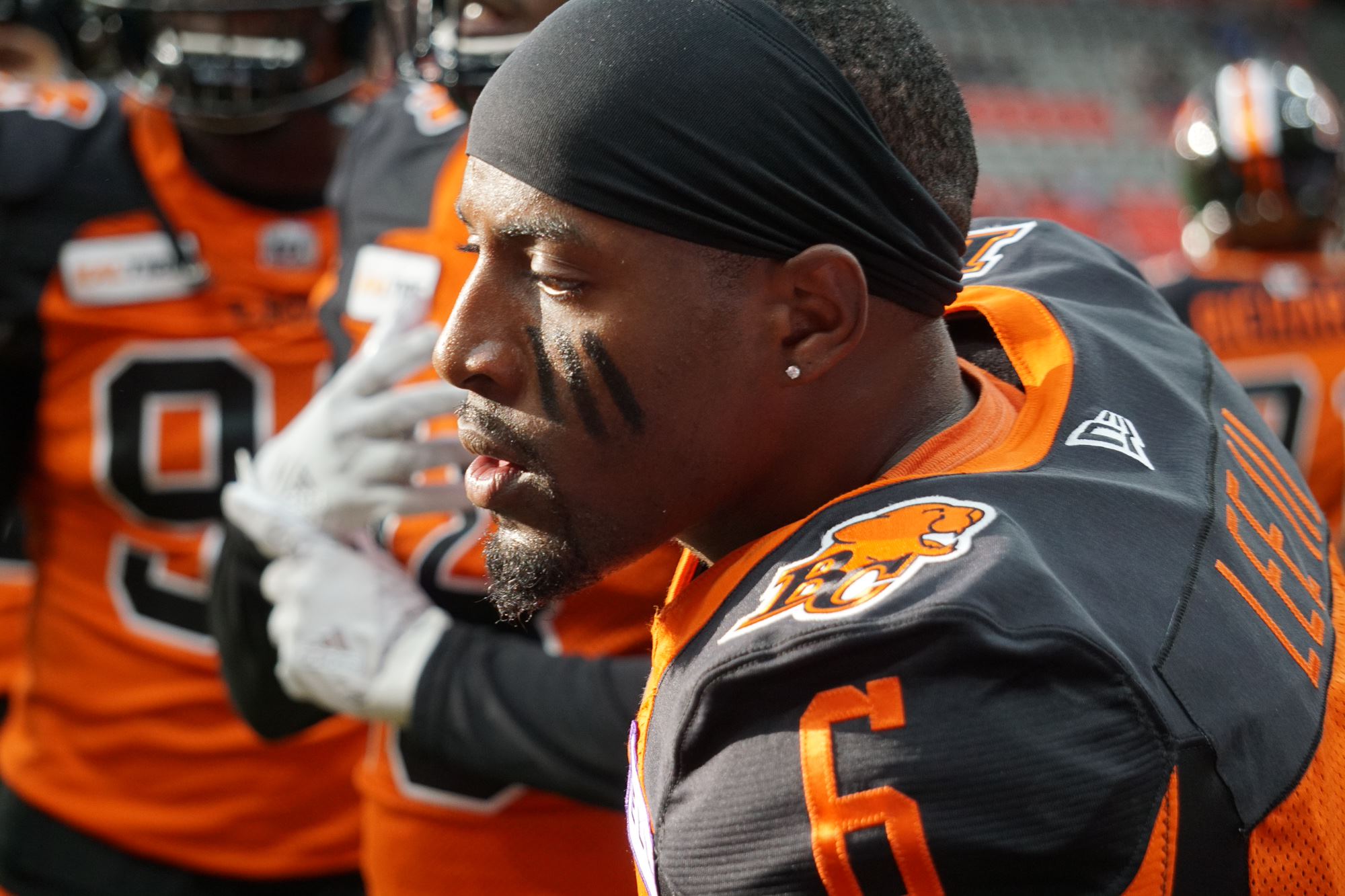 Back For Year Eight, Lee Hungry To Win

As he embarks on training camp number eight with the only organization he has ever known, T.J. Lee III chuckles when he thinks back to the lonely days of his first Kamloops adventure back in 2014. The way he remembers, a lot of those hot and humid mornings began with the words ‘Dear Diary.’

“I didn’t know anyone and I was pretty isolated, so I wrote a lot in my journal,” recalled the veteran defensive back after he put pen to paper on a 2022 contract extension.

“I wrote about my first 14 days. I didn’t get a lot of reps and I was using my friends back home, the strong traits that they had, to help me keep going. The writing continued every day until I started meeting friends.”

He would quickly make a lot of those. Lee first relied on trusted veterans such as Ryan Phillips, Solomon Elimimian, Adam Bighill, Dante Marsh and Eric Taylor, just to name a few.

Fast forward eight years and Lee has played 94 games with the club, two behind Bryan Burnham for tops amongst active Lions, earned two West Division All-Star selections (2018, 2021) and CFL All-Star in 2018 and is one of 17 Lions in history to record 20 or more interceptions. Reaching the century mark in games played was never something he envisioned early in those camp diary days.

“It actually makes me proud of myself and I never get proud of myself at all about anything. It’s a testament to the hard work done by people around me, like my family, and the work I put in.” 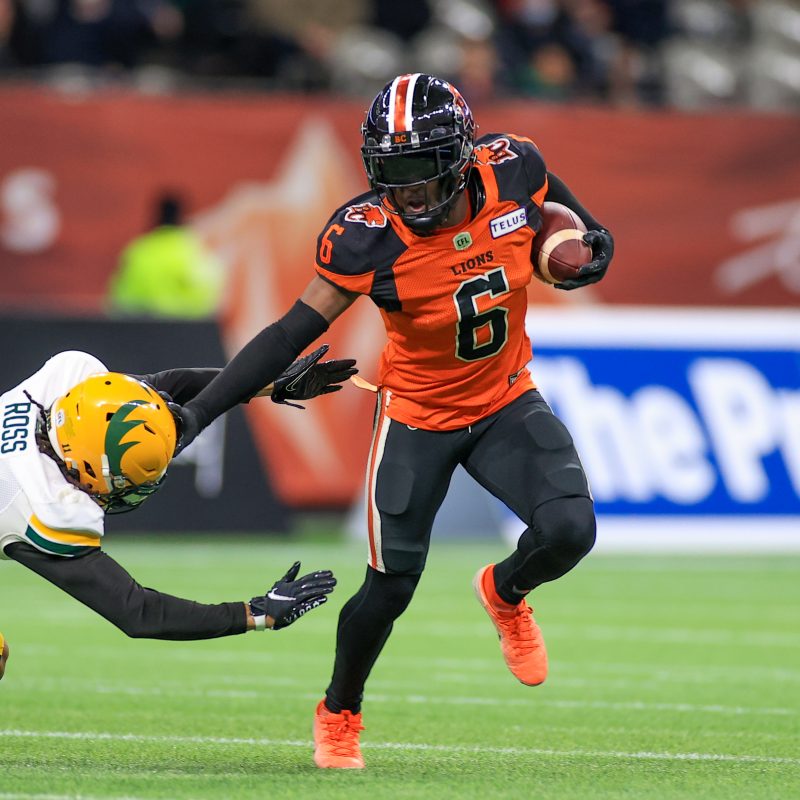 Even breaking the ice with a few new teammates didn’t go as smoothly. Once they learned his first-name initials actually didn’t stand for anything he was promptly given the moniker Thaddeus Jerome.

“Or Thad for short,” he remembers with a laugh.

Initially listed as number 17 instead of his familiar jersey number 6, one nickname he later learned from the older guys was ‘Practice Squad American.’ That one was simply a tribute to how hard he worked trying to get noticed.

“I always respect all of the practice squad guys every year,” notes Lee today.

“There is no telling what they’re going through. You battle trying to be your best and practicing hard but also not wanting to hurt the vets.”

But just like many other raw training camp rookies, he had to first survive his only pre-season test. This one was against Calgary and none other than Bo Levi Mitchell, the quarterback with who he won an FCS National title at Eastern Washington in 2010. Small world, this football thing.

Entering that game fourth on the depth chart, Lee would intercept Mitchell once and then Drew Tate once more to help cement a practice roster spot. Lee would see action in eight games in his rookie campaign, recording a forced fumble in his debut against Toronto and his first regular season interception off of Henry Burris in a win over Ottawa in October.

“I didn’t even think I had a chance to play that pre-season game. I just remember telling my girlfriend at the time, now my wife (Britney) that I was ready to come home after the pre-season was over,” remembers the defensive playmaker.

“Then we had a veteran guy, Brandon McDonald, who left the team a day before that game. That put me from fourth to third on the depth chart and I had a chance to play. It’s just crazy how life comes full circle that way. The performance in Calgary is what allowed me to make the team.”

Eight years later, he has also moved into seventh amongst all-time Lions with 410 total tackles and is just two behind Javier Glatt for sixth spot. Individual accolades are all fine and dandy, but what he really wants is to sip from the Grey Cup for the first time. 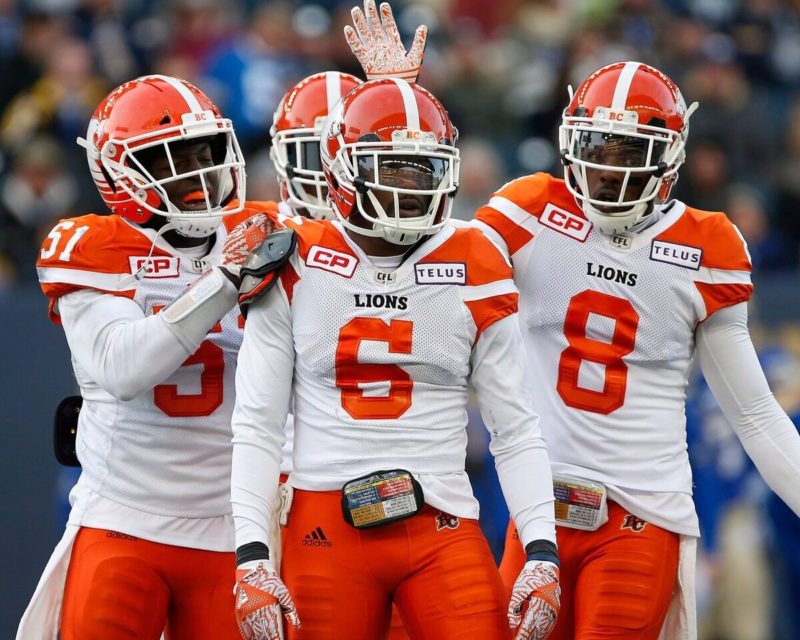 The championship chase has motivated him more than it ever has. Consider the fact he has only suited up in three playoff games and was on the shelf with a torn Achilles in 2016 when the Lions made their only division final so far since he arrived. Knowing last year’s team started a promising 4-2, Lee knows the potential is there to take the next step.

“That’s something I look into in terms of growing myself in a leadership aspect; pushing and putting more into the guys and trying to bring the overall mindset of how important each and every game is and every moment on the field, every practice, ” he said.

“When we can simplify those things in the grand scheme, it can equal more wins and the chance to play for a championship.”

And to help get himself motivated; the man who was once known as Thaddeus just needs to look back at that 2014 journal that helped him make it far in his Lions career.

“I look back at it every camp. I’m able to go through those notes, think about my friends and those traits and then somehow apply them on the field.”