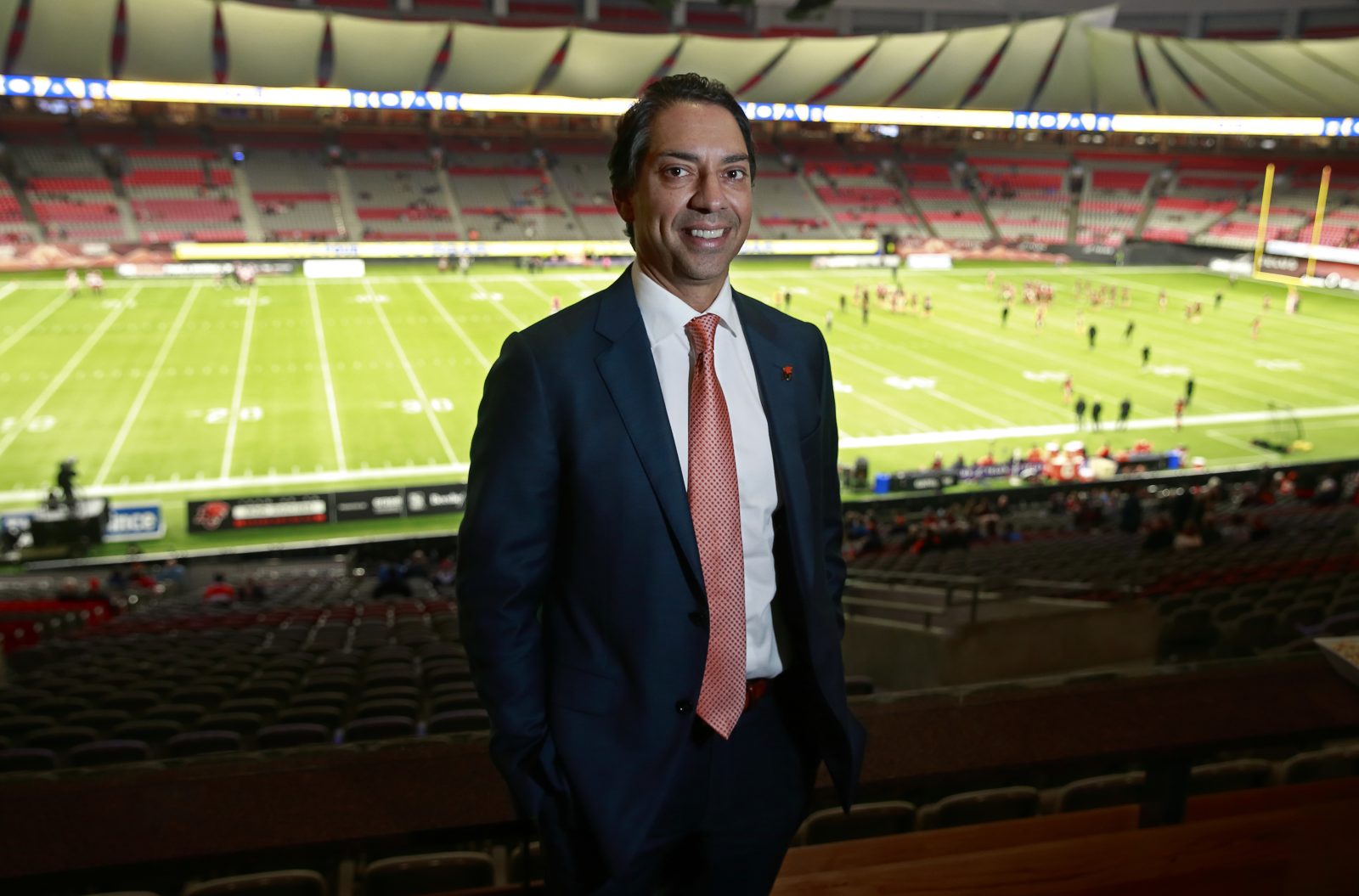 VANCOUVER, BC - NOVEMBER 12: BC Lions owner Amar Doman in the BC Lions team suite at BC Place November 12, 2021 in Vancouver, British Columbia, Canada. (Photo by Jeff Vinnick/BC Lions)

The sun is shining and the calendar is inching towards the goal line to spring. All the more reason many Lions and CFL diehards are getting fired up for three-down football. Chief among those orange diehards is Lions owner Amar Doman. With the regular season opener against the Elks at BC Place just 107 days away, Doman joined Donnie and Dhali on CHEK TV to talk about, and tease, some of the cool initiatives being planned for 2022.

Take one listen Doman and you’ll quickly realize we’re in for some outstanding new wrinkles in 2022 and beyond. One of those initiatives involves the new Family Zone which will allow kids into the building for as little as $10 per game or $85 ALL IN for the entire season.

“We want the kids to come back with the parents; Friday and Saturday nights,” Doman explained.

“Make it affordable, we’re doing that, and we’re going to have a heck of an opener coming up on June 11th, that we’ll talk about in a minute. We’re fired up for that, but really trying to get everyone back in the building and not scared about pricing.”

So, how about that June home opener? Kicking things off against a division rival is always exciting. As Doman talked about in the interview, there will be plenty more items on the agenda that will get people excited for the 68th regular season opener in franchise history. Although, he can’t share it all just quite yet.

Winning the season opener will put the perfect icing on the cake to what certainly will be a great night at BC Place. Doman is excited about the team being put together on the field, starting with the unique quarterback situation and Nathan Rourke atop the depth chart.

“Nathan came out and threw footballs with us over on the North Shore during one of my kid’s games,” the owner said.

“It’s unbelievable. First of all, he’s a number one guy. He worked his tail off in college, he looked real sharp on the limited time he’s played in the CFL. He’s working his tail off in the offseason as real pros do. Just like Lucky Whitehead. Some of the guys we’ve put together here, I’m not going to take credit for it, the management has; Neil, Rick these guys are doing a fantastic job. The quarterback situation is interesting with two Canadians. It hasn’t happened in 50 years. That’s exciting, for the CFL and BC. To really have that BC connection is going to be really special for the fan base, I know it’s special to me.”

What is the latest on possible alternate jerseys for this season? How about bidding on the 2024 Grey Cup for Vancouver? Check out the entire interview above!