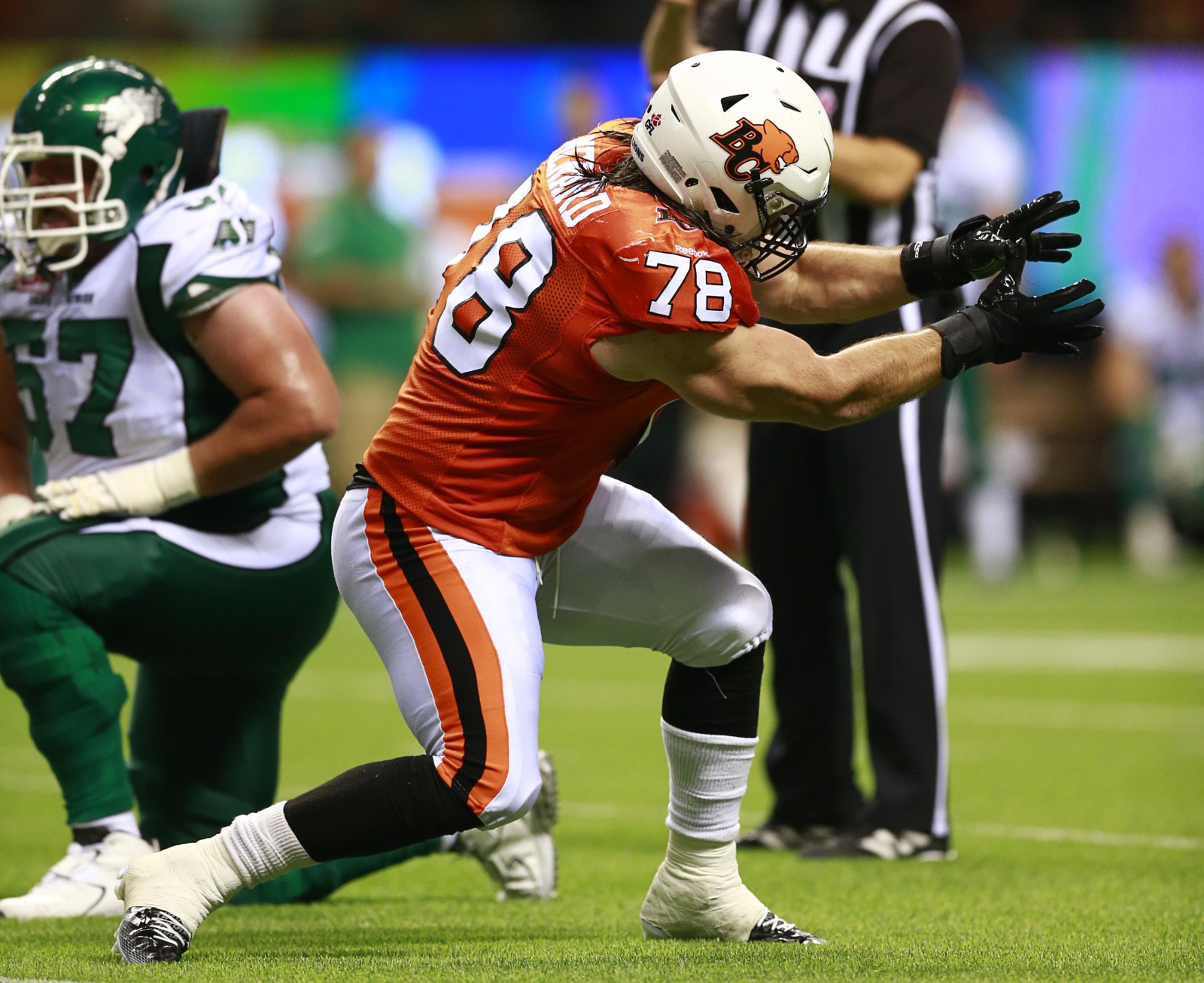 The Chicoutimi, Quebec native returns to orange and black after a career year with the Montreal Alouettes in 2021. David Menard, the 2021 CFL Most Outstanding Canadian finalist, finished just new/old behind Lions’ teammate Bo Lokombo, for that award.

The 31-year-old Menard says he felt like he was in his early 20s again last season after the league cancelled the previous year due to the pandemic. There were plenty of obstacles he had to overcome in 2020. Thankfully, training kept him to stay sane and Menard was fired out of a canon when he returned to action a year later. He finished the 2021 campaign with 18 defensive stops, eight sacks and two forced fumbles. Although he spent a good chunk of his career with the Lions, who selected him in the 4th round of the 2014 CFL Draft, he has grown quite a bit as a player. Here we present Five Things to Know for the University of Montreal Carabins alumni.

1. Team Trainer for the University of Montreal Carabins

David has been working as a team trainer for his alma mater since 2014. He started assisting the Carabins football team during the offseason to ensure the players are sticking to their workout plans. Last year, he fully transitioned into a larger role of becoming the strength and conditioning coach for the Carabins, alongside fellow trainer Pierre-Mary Toussaint.

Trying to get a team of football players ready for the season is extremely challenging. But working with these university football players reminded Menard of himself when he was in his early 20s. Seeing them going through the same phase and making the same mistakes as he did when he was younger, Menard has been eagerly trying to teach the players the proper way for a prolonged career in the sport.

“Like when I was in college, I had the same mentality and I have to break it from them because sometimes they’re doing stuff that now I know is useless. I got to teach them the way I wish I would’ve been taught to not waste my time doing curls. I’m trying to take the meathead out of them because I used to be that guy and I kind of still am.”

Right after he records a sack. David gets into the iconic stance from the popular anime series. The idea came about during his final season playing for the Carabins. He was having a great season and needed a celebration to go along with his performance. He saw that most of the prominent defensive linemen in football all had their signature move and he was searching for something that personify his football mentality.

“I was watching Dragon Ball Z and I like the mentality behind the show. The characters are always trying to find the best opponents to fight to improve and learn from it. So I just did it the first time when I was playing against Laval and it stuck with me ever since,” he said.

3. World Traveler Has Been To Belgium, Austria, Italy, Thailand and Vietnam

The majority of David’s life has been eating, sleeping and football over the last decade. If he didn’t take advantage of his time during the offseason, he’ll never gain those time back once he gets older. At first, a friend from Belgium reached out to David and he hesitated. But it ended up being one of the best decisions he has ever made to take the time in the offseason to travel to a different country. The first trip to Europe in 2017 also led to Thailand in 2018 and Vietnam in 2019. The bucket list has been piling on since.

“It was so refreshing. You know when you’re in the season, the only thing you think about is football. Travelling basically took my mind 100 per cent away from football. Just enjoying a new country, new culture. I love travelling because it puts closure to the season and when I come back, I feel refreshed. I’m ready to get back into the gym and focus on getting ready for another season.”

4. 2021 CFL Most Outstanding Canadian Finalist and October’s Player of the Month

During a challenging 2020 year, a cancelled season, restrictions and curfews in Quebec made life difficult for David. He said football training was the only thing that kept him mentally sharp. He is appreciative of some gym owners who gave him the keys to their gym to let David continue to work out during the pandemic. After being away from the field in 2020, he returned in 2021 and felt like he was in his 20s again.

David went on to have himself a career year in 2021. He was named a CFL Top Performer last October and was also a finalist for the league’s Most Outstanding Canadian award. Obviously, David only plays for one award, but he was satisfied with his effort in 2021, after all the hours he had put in the gym alone paid off. Now he will continue pursuit of his elusive first Grey Cup ring.

Although he doesn’t like to put himself at risk during the offseason, David does enjoy a nice ride down the ski hill in the winter. Right after his previous stint with the club in 2019, David came back to visit in February with his friend to enjoy one of the best mountain resorts on the planet.

“I’ve been to Whistler multiple times in the season, but there’s no snow every time I visited. I had to come back during the wintertime to go snowboard and it was crazy. I’ve never snowboarded in a mountain that big where it takes four ski lifts to go to the top and the ride lasts 45 minutes to get down the hill. My calves were so sore by the end of the ride. It was a nice condition.”