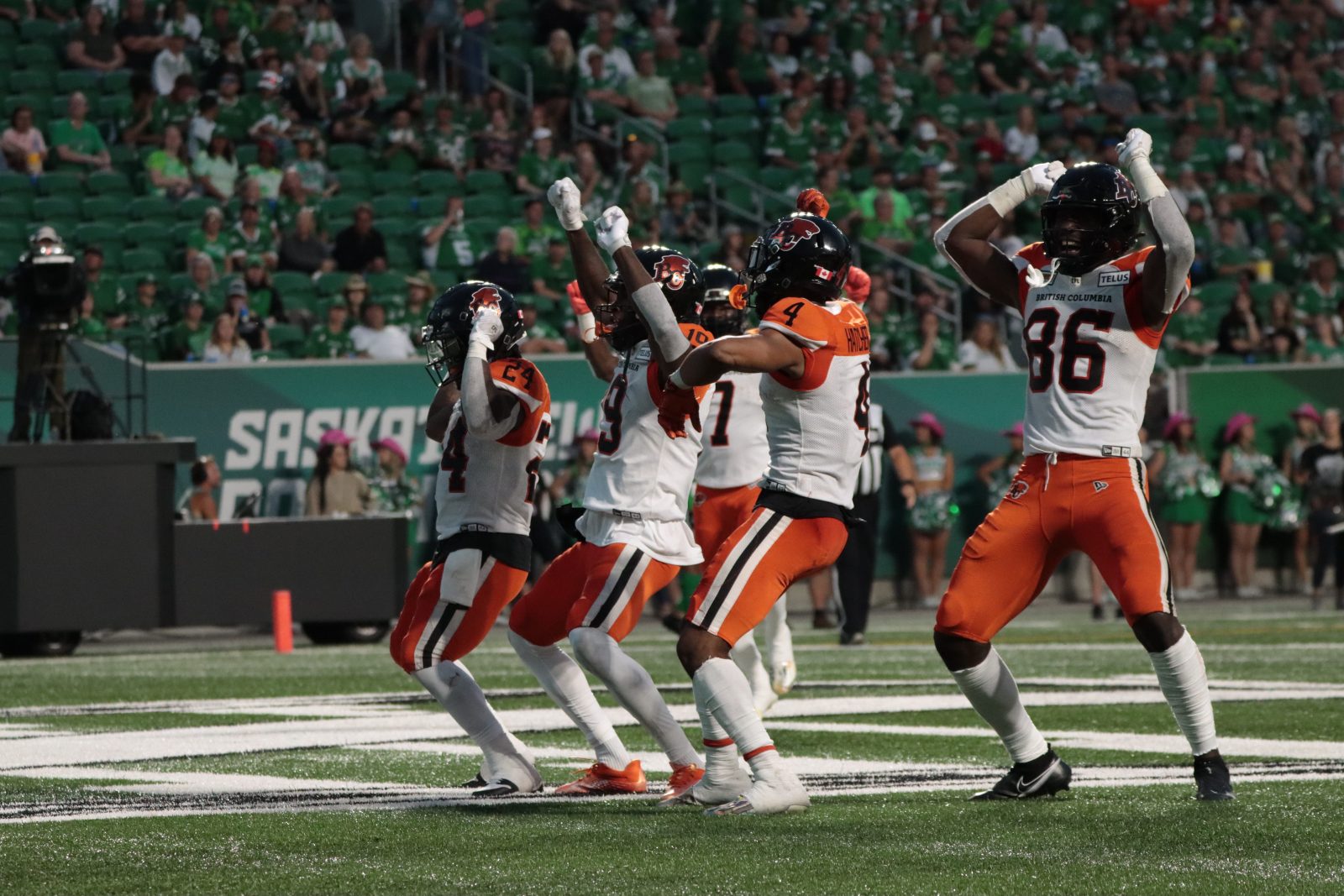 Regina, SK-  They picked up a huge wave of momentum right before halftime and then never looked back. The BC Lions rode the strength of their defensive line and a balanced offence to improve to 5-1 for the first time since the 2007 season with a 32-17 win over the 4-4 Saskatchewan Roughriders.  In the process, Rick Campbell’s squad also snapped an eight-game losing streak to the Riders that dated back to August of 2017. Now for some game takes from Matt Baker following the huge victory at Mosaic Stadium.

Nathan Rourke and the offence were slow out of the gate after failing to record a first down until late in the first quarter and gifting the Riders their first touchdown of the game after a strip sack by Charleston Hughes. Trailing 17-7 late in the second quarter, it was the Lions defensive line that turned the game around as Obum Gwacham took down Cody Fajardo to give them another chance before the break. And it was Rourke who scored on a one-yard plunge to cut Saskatchewan’s lead to 17-14 before the teams headed to their locker rooms.

“The vibe has been good, even though we were down,” said Mathieu Betts who recorded two sacks in the victory.

“It’s our sixth game but the way number 12 has been playing, I think we’re always in the game. We didn’t change anything really, defensively. We had a couple of tweaks that we had to do just to re-set and do our best to give our offence the ball back. So we did. The rest is hats off to everybody out there. We just gave 100 per cent. The mode going into this week was going 1-0 against Saskatchewan and it’s a big division game for us. We’re happy to get out of there with the win.

The unit held Cody Fajardo to 18 completions and just 168 yards passing. Full credit to the entire defence for stepping up. Loucheiz Purifoy had a game-sealing interception late in the fourth quarter. 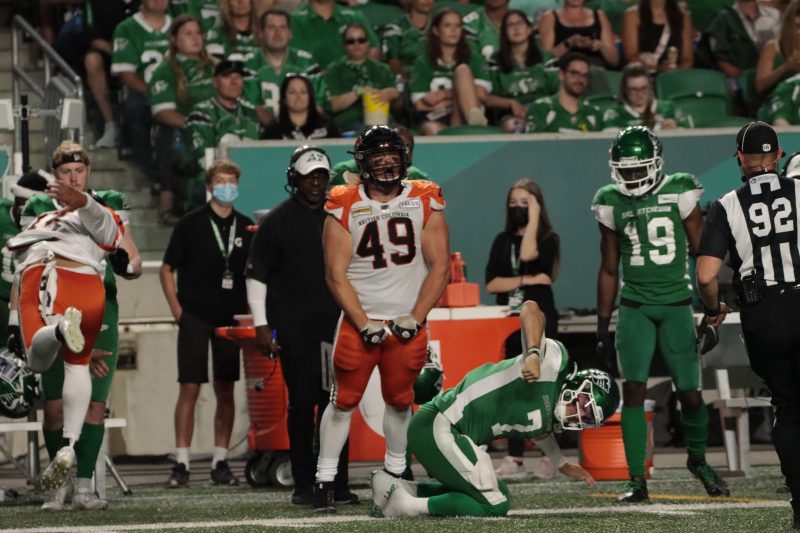 Rourke was a remarkable 27/33 for 336 yards and two second-half touchdown passes; one a highlight-reel juggle catch by Dominique Rhymes and a big one to Jevon Cottoy that put them ahead by 14 in the late stages. The Rhymes score came on the heels of another sack by Betts to kickstart the rally after halftime. All in all, it was 28 unanswered points for the confident Lions who look to be in contention for the long haul after this gritty performance.

“I’m just so proud of the guys. At halftime, I said the thing I was most impressed with was their poise and their belief,” said head coach Rick Campbell.

“You could see the look in their eye, they believed we were going to find a way to win the game and their poise of just riding out the storm of them making some plays, the crowd and the whole thing. I think we grew as a football team today.”

And what can you say about Rourke after the very critical breakdown of his own performance despite a win over Hamilton last week?

“We’re very confident that when we execute to the very best of our abilities, we don’t feel like there is anybody who can get in our way except ourselves, “said Rourke.

“Credit to Saskatchewan, they made some great plays early on. They made plays throughout the duration of the game, but we found a way and I’m extremely proud of the guys for doing so.”

Not a bad way to start this critical five-game stretch against divisional foes. 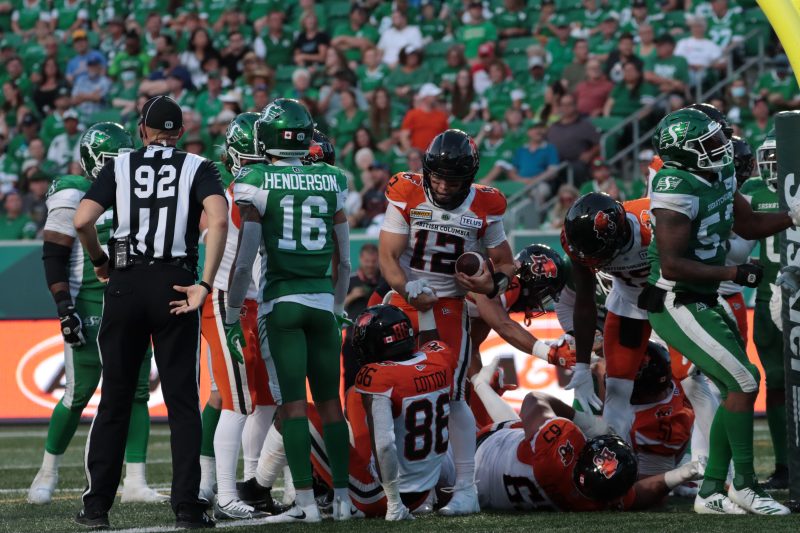 0- the number of points allowed by the Lions in the final 40:29 of action. It was also the second straight week they didn’t allow a single point in the fourth quarter.

35:51– the victorious Lions had a major edge in time of possession

81.8- completion percentage for Rourke who was the beneficiary of an improved offensive line after the first quarter.

4– number of sacks for the stout defensive line: two for Mathie Betts and one each for Tibo Debaillie and Obum Gwacham.

The Lions are back home to host the Edmonton Elks Saturday, August 6 at 7:00 pm. The 2-5-0 Elks had a bye this week. The Lions prevailed 59-15 over Edmonton in the June 11 regular season opener.