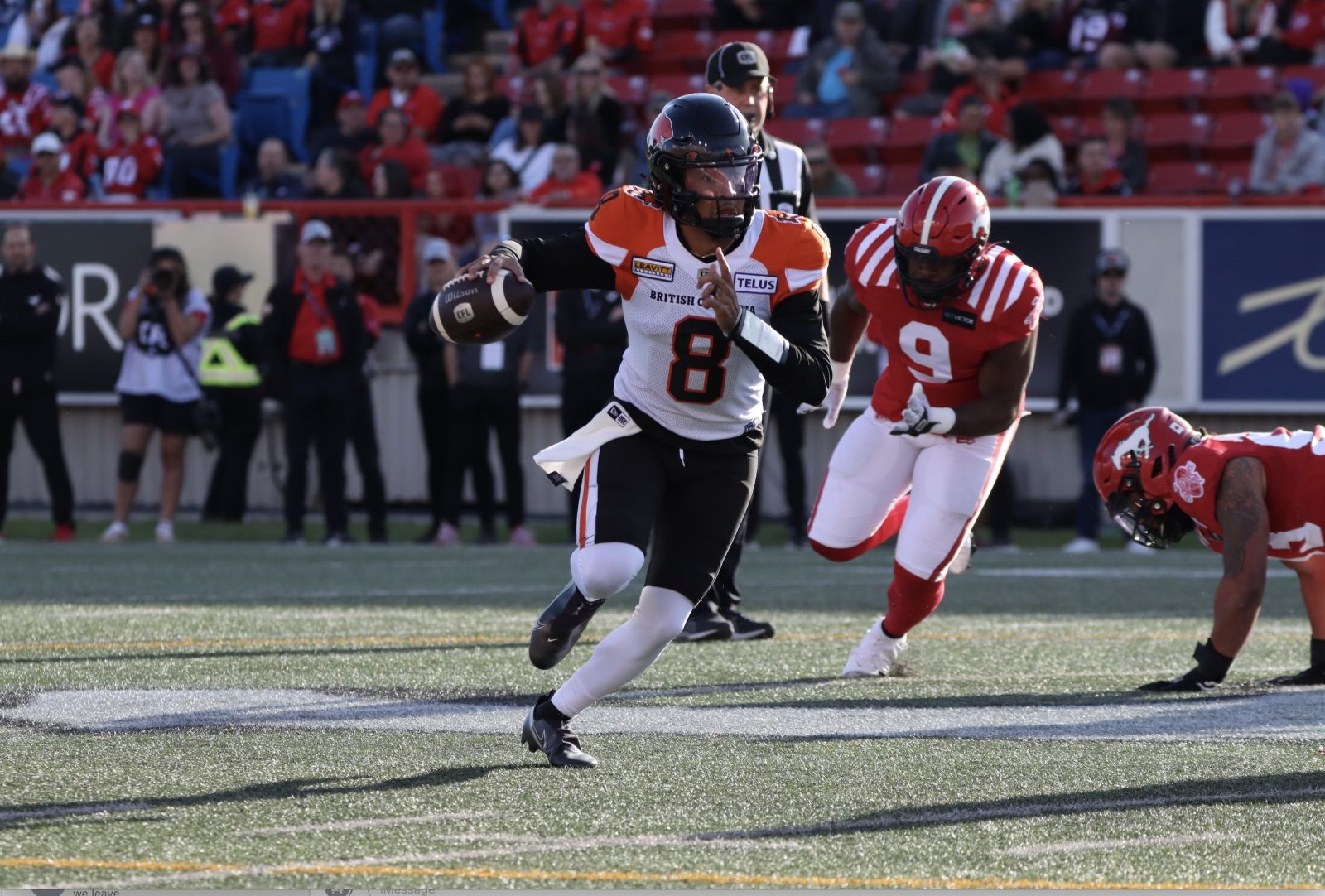 They had every opportunity to let it slip away. In the end,  it represented the first victory since Nathan Rourke went down with his injury. A stout Lion defence made the final play in a thrilling 31-29 overtime victory over the Calgary Stampeders on Saturday night. The victory improves the BC Lions to 9-3-0 on the campaign and gives them a two-point lead on Calgary (8-5-0) for second in the West Division.  More importantly, the Lions are also assured of owning the head-to-head tiebreaker with the Stampeders as the reace for a home playoff game really starts to heat up. Now for some game takes following an unforgettable night of football.

Vernon Adams Jr., James Butler and a few timely catches from receivers helped put the Lions in a position to close this one out in regulation. Leading 23-16, the defence allowed a tying touchdown with two minutes to play as Jake Maier connect with Luther Hakunavanhu to make things even. After a sack on Adams Jr. led to a two and out, the home side had a chance to win it before the final whistle but Rene Paredes’ 48-yard field goal attempt sailed wide and gave the Lions a new life.

The first overtime possession saw James Butler scamper for his second major of the night while Antonio Pipkin rushed for the two-point attempt after a Calgary penalty gave the visitors an opportunity.

This one was destined to come down to the final play as Maier found Jalon Philpot for a major on Calgary’s possession. Maier’s pass on the two-pointer sailed incomplete and after a non-successful Calgary challenge, victory belonged to Adams Jr. and company.

“It means so much. It means a lot,” said an emotional Adams Jr. after the win.

“Like you said, I’ve been through a lot. A rollercoaster type of year. Man, we had a great week of practice. The guys took me in, I had a bad practice on day one and the guys still stayed with me. Man, we just fought throughout the night. It was a complete team win. It means a lot.”

Having the likes of Dominique Rhymes and Bryan Burnham make big plays surely will help any quarterback in his transition to a new offence. They will need these type of performances as the games get tougher down the stretch and starting with next week’s home rematch with these Stampeders.

“He gave us a chance to win, did a lot of great things and I was impressed with his steadiness,” said Rick Campbell of Adams Jr.’s outing. 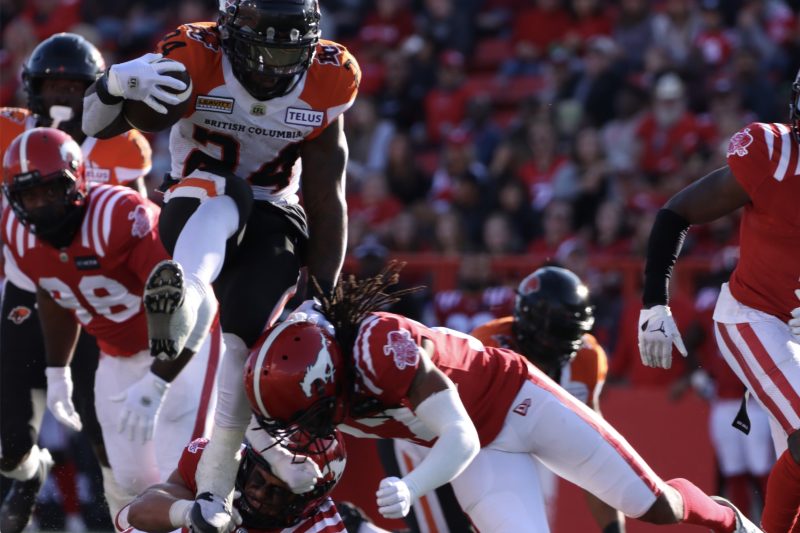 “It was a calming affect, I think for our football team and the offence. As we went through the ebbs and flows of the game and the momemtum swings, he was very steady, which is a great trait for quaerterbacks to have because it brings a level of confidence and comfort to the team.

The QB finished his night 25/32 for 294 yards and added 32 yards on three carries. All of the Lions’ touchdowns came on the ground in this one, the two from Butler and one from Pipkin which put them ahead 20-13 late in the third quarter.

Calgary held a 13-10 lead at halftime before the visitors would tie it on a field goal drive to start the second half. Sean Whyte finished the game a perfect three for three. All in all, a balanced win for a team poised to be in this race for the long haul.

“We played all four quarters, we stuck together. We knew this season was going to come with some adversity, so it’s just how we handled it. 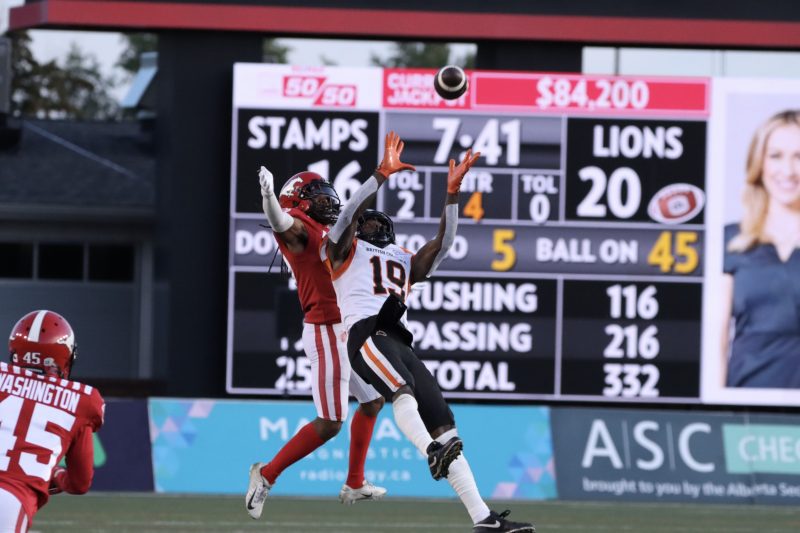 100– a team-high in receiving yards for Burnham. He also nearly came up with a great touchdown catch after he was interfered with. That infraction came three plays before Pipkin’s touchdown.

91– receiving yards total for Rhymes who made a key second-down play to keep a fourth-quarter drive going, which led to the Whyte field goal to put them ahead by seven.

35:28– the Lions prevailed in the time of possession battle.

418– total offence for the Lions in this contest.

The teams will do the dance again at BC Place next Saturday. Kickoff is 7:30 pm.