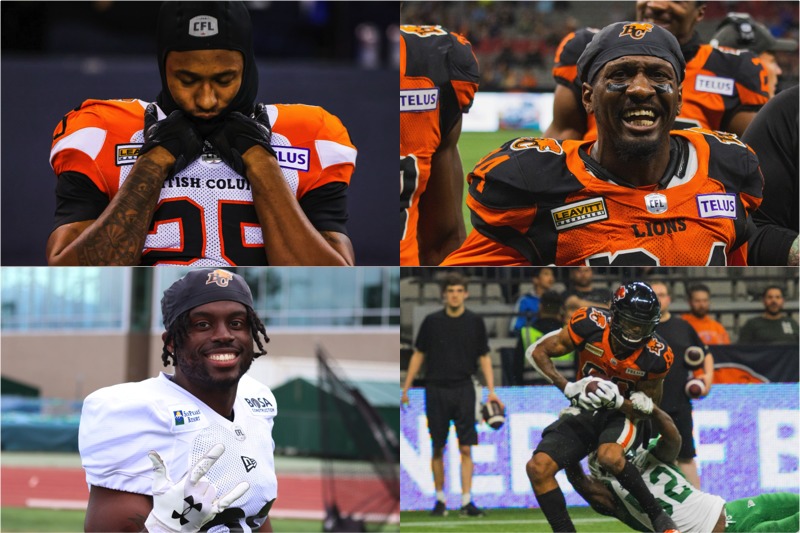 The BC Lions’ offseason work has begun as the following four Americans have re-signed for the 2023 season:

Anderson III– made his first Lions start at tailback in the 41-40 win at Calgary on August 13 and would total 67 yards on 19 carries while hauling in eight receptions for 60 yards over six appearances in the regular season. The North Dakota State product made his CFL debut with the Edmonton Elks in 2021, appearing in three contests primarily on special teams with 170 yards on seven punt returns.

Cooper- spent the majority of his first season in orange on the practice squad and would appear in three regular season contests and recording ten defensive tackles.  Following his final two college seasons at Dixie State, Tyneil signed as a free agent with the Winnipeg Blue Bombers in 2018 and would go on to record 13 defensive tackles in five contests. He also returned six kickoffs for 134 yards.

Mauger- earned a starting spot at safety following his first Lions camp and went on to record 19 defensive tackles and a sack in eight contests. Mauger starred at the University of Georgia from 2013-16 and had a practice roster stint with the Oakland Raiders plus spent time with the Atlanta Legends of the Alliance of American Football (AAF) before moving north.

Way- emerged as one of the more impressive newcomers in 2022 training camp and would haul in seven receptions for 87 yards and two touchdowns in a pair of pre-season contests. He was released by the team after injuring his elbow and re-signed to the practice roster in mid-August. Way previously spent 2019 in training camp with the Denver Broncos.

In addition, the club has added the following players to the roster:

Anderson (6’4, 250 lbs)- a second-round pick (16th overall) of the Montreal Alouettes in 2019, the Toronto native would suit up in eight regular season games that season while recording three special teams tackles and one defensive stop. Signed with the Edmonton Elks in January 2021 but would not see any game action. Anderson played two seasons (2017-18) at Missouri and recorded 32 combined tackles and a pair of sacks in 24 contests.

Tchangham (6’3, 245 lbs)- signed reserve/futures deal with the Seattle Seahawks in January 2022 and attended training camp with the squad. Transferred from De Anza Junior College to Colorado for his final two years of eligibility and went on to appear in 21 games while recording 23 solo tackles and four sacks.