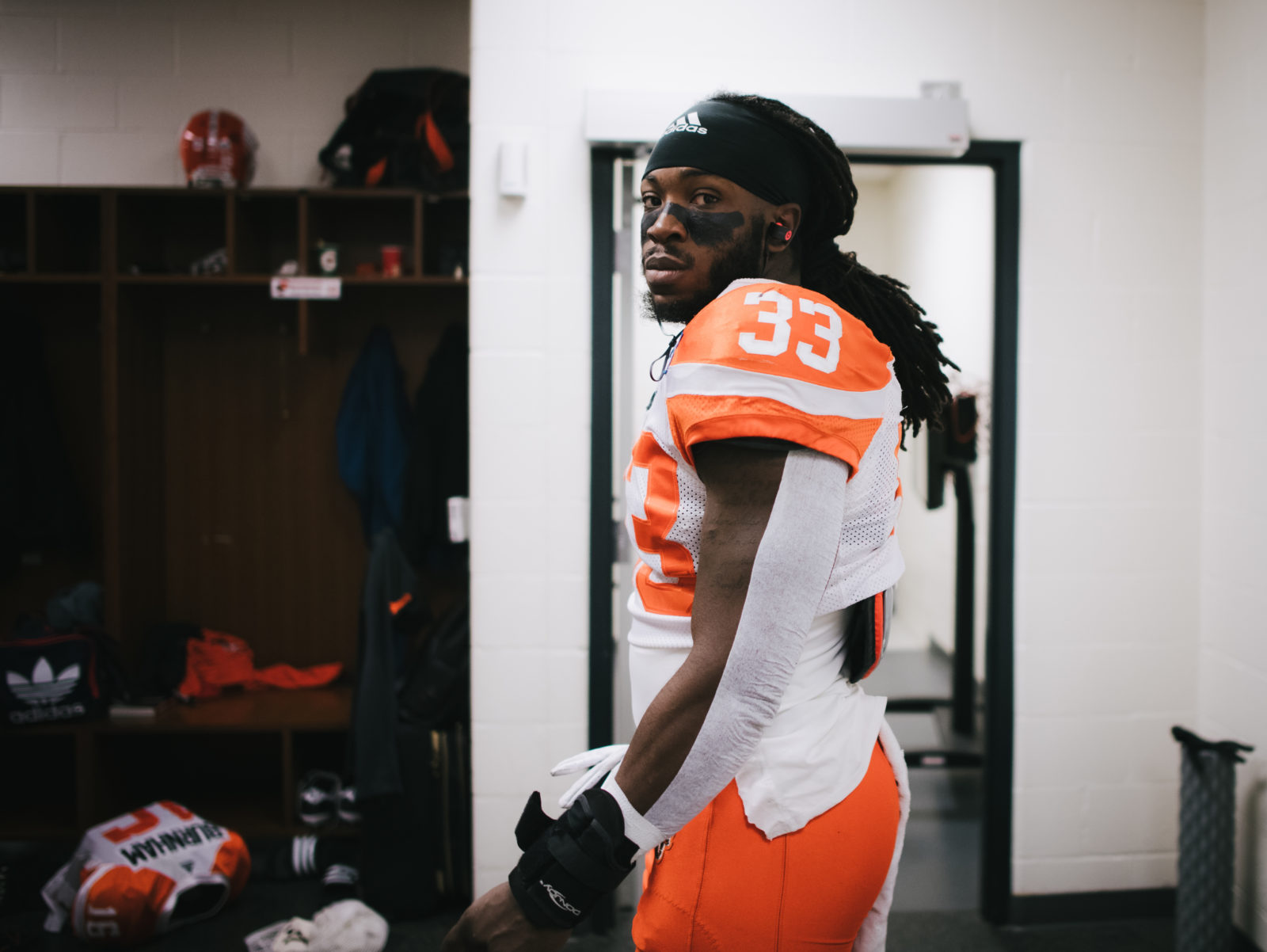 Wayne Moore (33) of the BC Lions in the locker room before the Eastern semi-final game against the Hamilton Tiger-Cats at Tim Hortons Field in Hamilton, ON on Sunday, November 11, 2018. (Photo: Johany Jutras / CFL)

The BC Lions Football Club today announced that national running back Wayne Moore has signed a contract extension through the 2020 season. Moore (6’0”, 220) was eligible to become a free agent next week.

Originally drafted by the Montreal Alouettes in 2016, Moore joined the Lions as a free agent in July and appeared in 13 games for the club in 2018 seeing action primarily on special teams where he registered 11 tackles. The versatile back also saw spot duty on offence and notched 20 yards on four rushing attempts along with three receptions for 12 yards.

“Wayne was a valuable pick-up for us last season and we’re looking forward to seeing him continue his development,” said GM Ed Hervey.