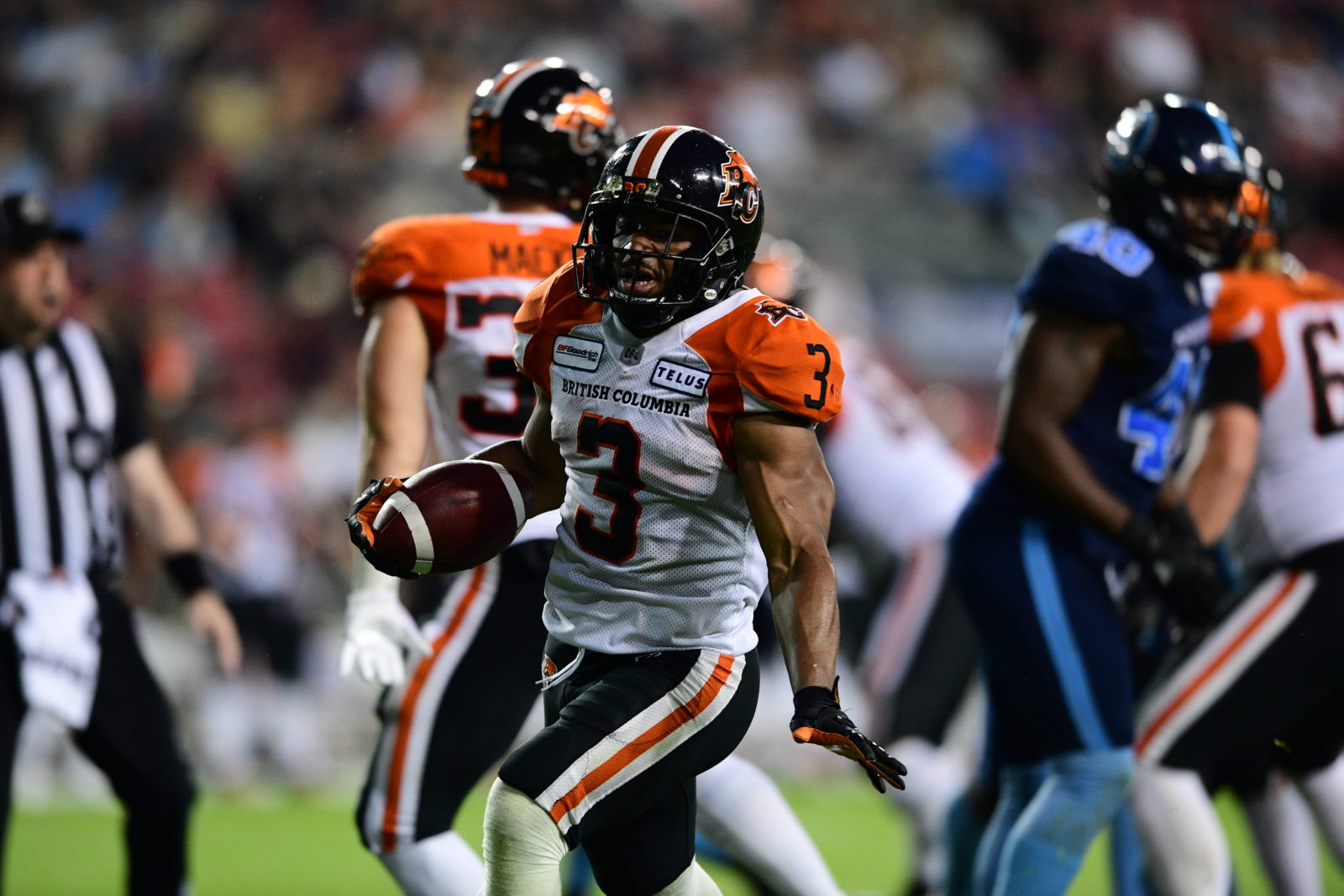 The BC Lions Football Club today announced that American running back John White has re-signed with the team for the 2020 season.

“The production we received from John this year is exactly what we had hoped for when we signed him in February,” said GM Ed Hervey.

“His ability to run the ball combined with his elusiveness in the open field as a receiver was a big part of our offence this year.”

White (5’8”, 195) was a bright spot for the Lions’ offence in 2019 as the California native set career-highs in rushing yards (1,004) and carries (192) with seven touchdowns along the ground. The talented back also added another 341 yards on 46 receptions and a major.

“I was excited for the opportunity to be a Lion when I signed in BC and now I’m even more anxious to get back on the field for 2020,” said White.

“All the pieces are in place for us to be one of the top teams in the west and it’s going to be a great year.”