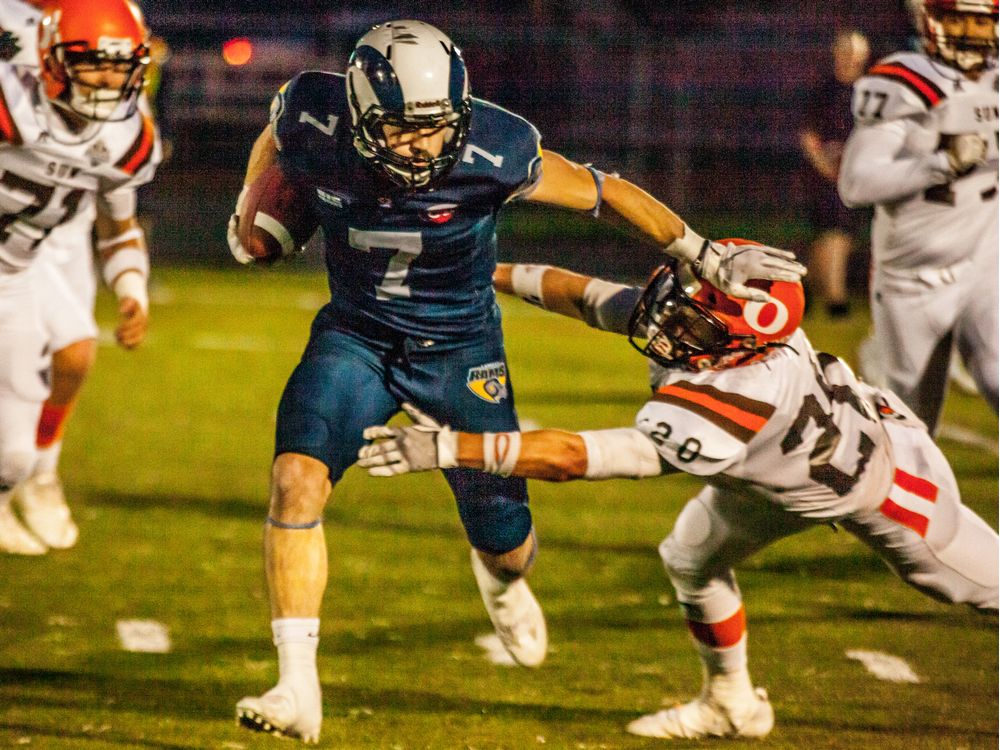 Andrew Pocrnic (7), who has had a CJFL record-setting season for the Langley Rams, faces his hometown Saskatoon Hilltops in the 2019 Canadian Bowl. (Photo by Adam Marchetti/Langley Rams)

The BC Lions Football Club announced on Monday it has signed running back Andrew Pocrnic. The Saskatoon native joins the Lions following an outstanding season with the BCFC’s Langley Rams.

Pocrnic was a major catalyst for a Rams squad that won the Cullen Cup and advanced all the way to the Canadian Bowl. Along with setting a Canadian Junior Football single-season record for touchdowns (27) in 2019, the versatile back was named the BC Conference’s Most Outstanding Player after finishing with 1,169 yards on 163 carries. He also was a threat in the passing game, recording 18 receptions for 278 yards and a touchdown.

Prior to joining the Rams, Pocrnic spent two seasons (2017-18) with the BCFC’s Kamloops Broncos and recorded 667 rushing yards and four touchdowns in 20 games over those two seasons.

He spent one season (2016) in U Sports with the Carleton Ravens.