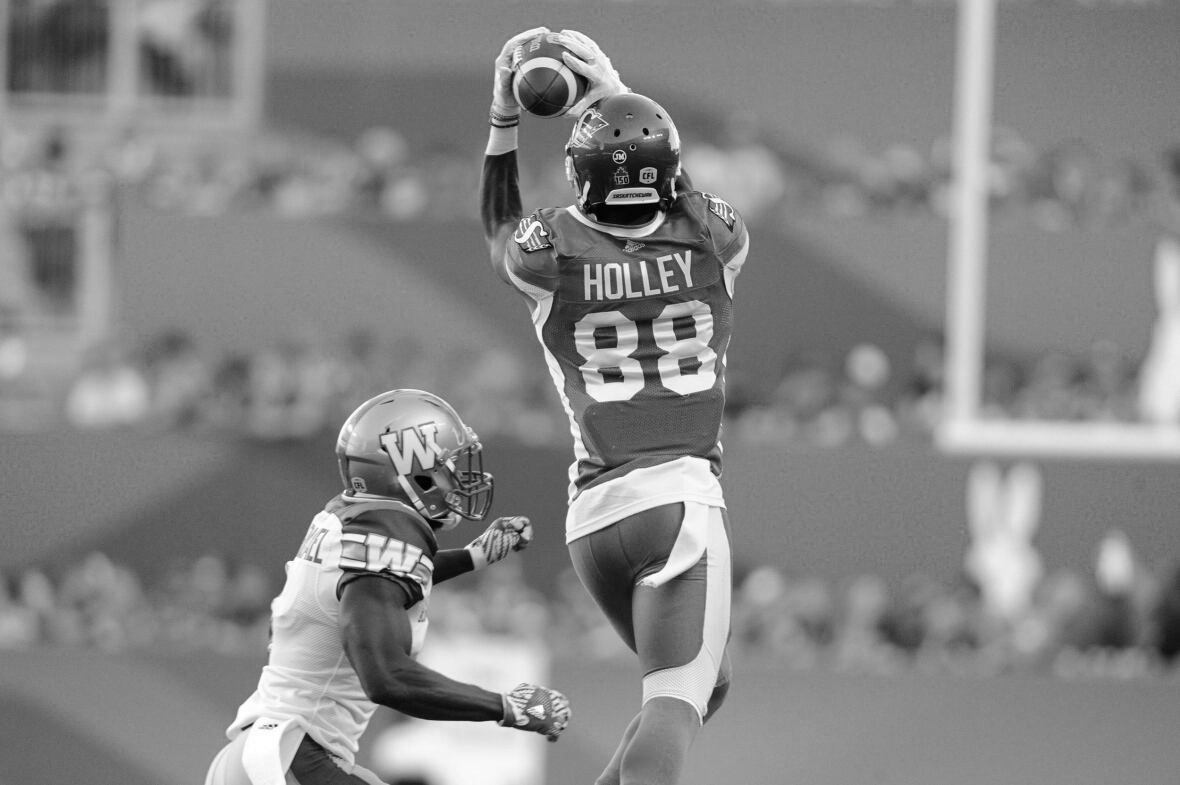 It’s a nugget on his profile that has no doubt led to a lot of questions from reporters and football people alike.  How does one go from growing up in Anchorage, Alaska to a successful career in pro football? Over the years, Caleb Holley has learned to take pride in his unusual football upbringing.

Holley was born in Albany, Georgia and made the move to Anchorage as a youngster with his mother and stepfather. True to his original southern roots, the newly-signed Lions receiver was never big on the true winter sports.

“I tried snowboarding, but that was a brief experiment,” recalled Holley from his current offseason home in Las Vegas.

“I was never really into outdoor winter sports. No hockey, nothing like that. I ran track and started playing football in pop warner. I became hooked on it and learned quickly I was good at it.”

As we mentioned, however, Alaska isn’t exactly a football powerhouse. That prompted Holley to get proactive in hopes of finding a college program that would give him a look.

“I was sending my highlight tape to every place I could,” said Holley.

“All the Division I, Division II and Division III schools, all the JUCOS. If a school had football, I was sending the tape.”

He would land at City College of San Francisco for two seasons and helped the program win a JUCO national title in 2011. Holley then spent his final two college years at East Central in Oklahoma before embarking on his professional path. All of these memories came flooding back when talking about his next adventure with the Lions. When asked about his main motivation for moving back to the west coast, he would simply offer up two words…… 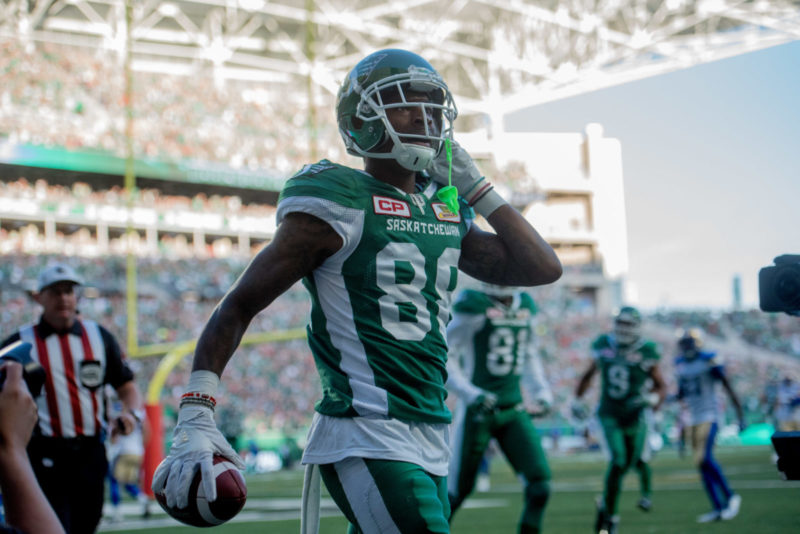 During his first three CFL seasons in Saskatchewan, Holley learned pretty quickly how much his new quarterback could impact a game at any time. So, it goes without saying Holley didn’t want to pass up the opportunity to be in the same huddle as number 13 in British Columbia.

“With all due respect to the other great ones and guys I’ve played with, he is the best in the league. Just seeing his production and the way he allows receivers to make plays, I mean shoot. Any receiver should feel lucky to play with a quarterback like him.”

So, what are the Lions getting in Holley? With a receiving corps. that already includes the likes of Bryan Burnham, Lemar Durant, Shaq Johnson and fellow free agent addition Dominique Rhymes, the proud Alaskan definitely adds some intrigue. And he can’t wait to hit the field in Kamloops with all of those guys.

Following two seasons on the Buffalo Bills practice squad and a couple of arena football stops with the Los Angeles KISS and Sioux Falls Storm, Holley debuted with Saskatchewan in August of 2016 and would record career-highs in both receptions (56) and yards (655) in his first CFL season.

He then added 608 receiving yards and a career-high five touchdowns in a 2017 season where the Roughriders nearly became the first ever crossover team to make the Grey Cup- only a last-minute touchdown drive by Ricky Ray and the Toronto Argonauts preventing them from making history.  Now entering his fifth CFL campaign, Holley also wanted to choose a team that had a chance to win. 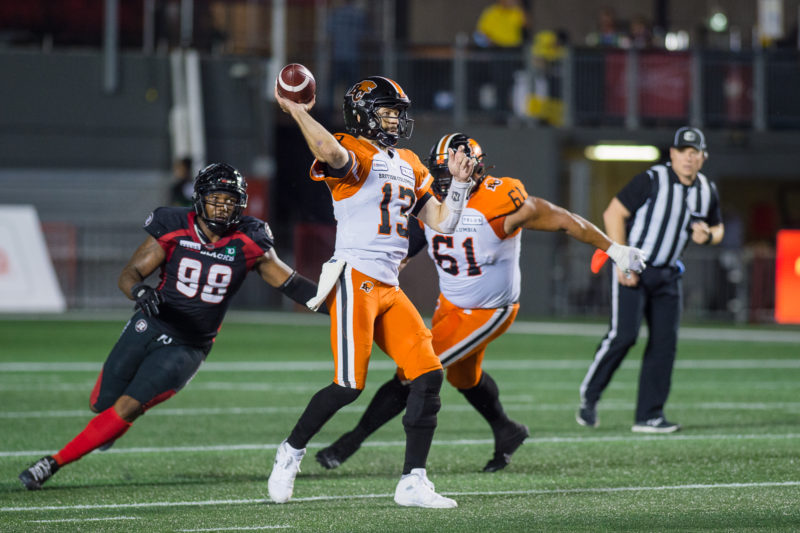 Holley landed with the Ottawa RedBlacks in 2019 and not unlike many of his new Lion teammates, didn’t enjoy too many post-game locker room celebrations. Being with Reilly and a potentially explosive group of receivers, Holley is of the mind his new squad can turn things around fairly quickly. He also knows they must put the work in.

“I was hungry even before we got close in Saskatchewan and that playoff run gave me an unbelievable taste of what winning in November could feel like. It was a special team. I see some comparisons with this group here.”

And even though his season in the nation’s capital didn’t go as planned, Holley was grateful for the chance to play for head coach Rick Campbell. Now, he’s looking forward to the reunion.

“Rick’s a real players coach. He takes care of his guys but also doesn’t sugar-coat anything and that’s what I love most about him,” explained Holley.

He also spoke very highly of Chris Jones, the former Roughriders head coach who first brought him into the league after a tryout in 2016. You can also count on him dedicating every play and every win to his mother Quandolyn Redding who still tunes in back in Anchorage.

“She’s my motivation for everything,” said Holley.

Perhaps it was fate he never became much of a winter sports kinda guy.