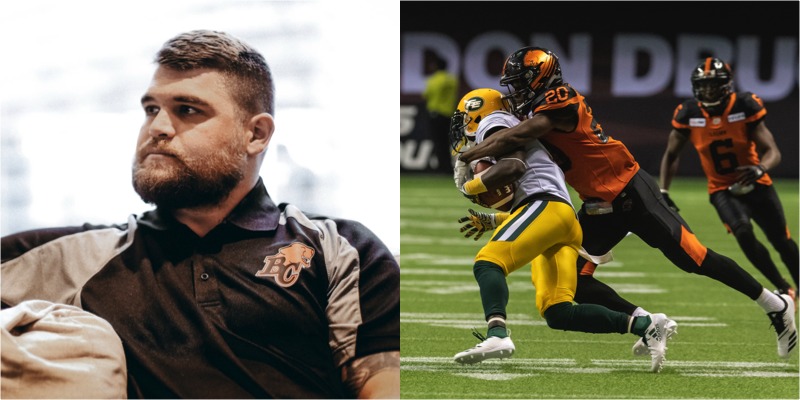 From now until the start of 2021 training camp on July 10, bclions.com will provide a positional breakdown series to preview all the new and familiar faces, who will be taking the field at Hillside Stadium in Kamloops. We’ll continue this series with linebackers.

To begin 2020, the club appointed Travis Brown to guide the linebackers. He was a former player at Fresno State and played for Rick Campbell in 2014-15 with the REDBLACKS. Brown then spent a few seasons as an assistant linebacker’s coach for his alma mater and Edmonton Elks in 2018-19.

Throughout this past year and a half, Brown has gotten closer to each of his players who will be arriving at Kamloops in a few weeks. For the current depth chart, Brown said the linebackers on this team might be the most competitive, talented, and skilled players that he has seen on paper. 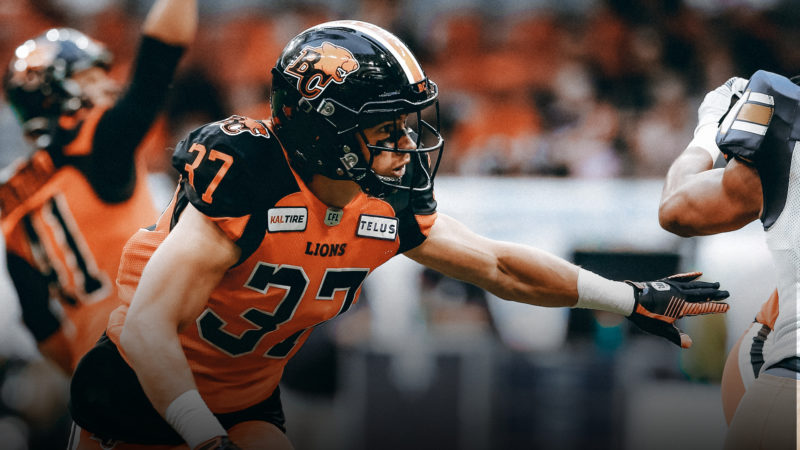 “That’s the best part about the new staff coming in, that there’s no bias. We got around ten linebackers and any one of those guys can start,” Brown said.

Especially Bo Lokombo, who Brown will lean on throughout the season. Because Brown has not been a part of the Lions in the past, that’s a big reason Lokombo’s return to BC is so crucial to building the team back to its winning days.

“He’s been a part of the BC Lions when the culture was strong. Once we get to meet in person, we’ll sit down more and talk about how we want this culture in the linebacker room to be,” Brown added.

The team also gained a ton of depth in the linebacker position. As mentioned in the special teams breakdown, the three Canadian linebackers selected from the last two CFL drafts were leading tacklers for their college programs. Brown said talented players like Jordan Williams of East Carolina University (ECU), Damian Jamieson of York University and Ben Hladik of UBC will challenge the returning guys.

“Nobody’s starting spot is secured unless they ball-out in Kamloops,” Brown said.

Along with Lokombo, players like Adam Konar and Dyshawn Davis have the edge in CFL experience. When Brown coached Konar in Edmonton, he missed some time due to injuries. Brown now expects Konar could come in and play the entire season and find his groove back to his peak form.

“You hope that this year and a half off is some sort of recovery for these guys that haven’t had since the seventh or eighth grade. We’re hoping Konar comes in rock solid and ready to go,” Brown said. 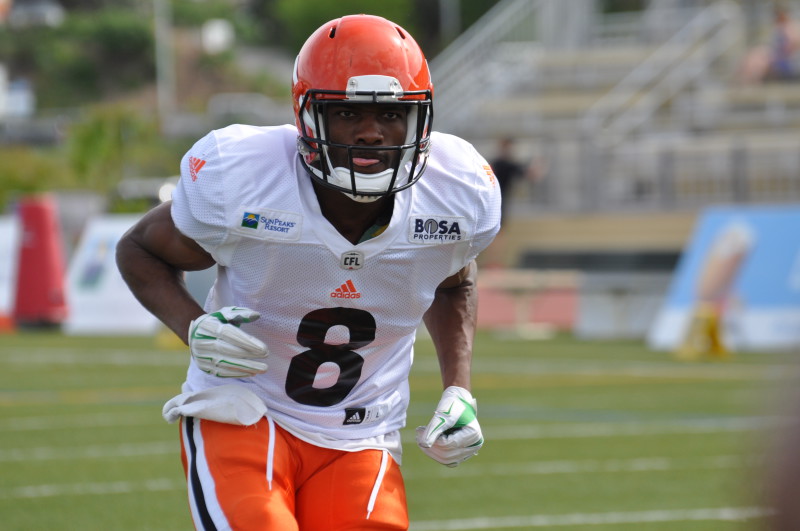 Konar: Five CFL seasons in, his best individual season was in 2017. He only appeared in 12 regular season games but accounted for 59 tackles, two interceptions and each of a sack and forced fumble.

Davis: From 2016-19, Davis spent three seasons in orange and black and one with the Roughriders. Davis registered 26 total tackles and 39 special teams tackles plus one forced fumble during his four years in the CFL.

Other familiar faces include former Wilfrid Laurier standout, Isaiah Guzylak-Messam, who finished 2019 with 37 defensive stops and 14 special teams tackles plus one sack. Brown wants to see another leap out of Guzylak-Messam.

“I like his athleticism. Getting to know him more in our Zoom meetings over this past year has been great. He’s definitely a guy that could step into a leadership role if he steps into camp and competes. I could definitely see him be a big playmaker on special teams as well,” Brown said.

“For Noah, he’s just as locked in during meetings. But it’s probably the one guy I haven’t seen a ton of film yet, and I don’t mind that. Like I said, I want to go into this thing with a non-bias. If Noah shows up and whoops butt, then he’s going to be the guy for us,” Brown on the 2019 CFL third-round pick.

Jordan X. Williams (N): The coaching staffs are excited to have Jordan Williams on board. Williams, the lottery pick of the 2020 CFL Draft has Brown excited because Williams is a sideline-to-sideline playmaker. He could challenge the returning guys for a starting spot and keep them on their toes. The former ECU standout recorded 252 total tackles in 45 games.

Damian Jamieson (N): He’s being described as a ‘smart guy’ by his coach. Jamieson goes above and beyond during film sessions and always asking questions. The eighth-round selection from the 2020 draft also displayed the ability to make plays on the field, who registered a total of 131 tackles throughout four seasons for the York Lions.

Ben Hladik (N): The former defensive captain for UBC blew every scout away with his testing numbers leading up to this year’s national draft. Brown said, “as long as Hladik has that killer edge, where he wants to attack the football and make plays. That’ll get him a spot on the team. He has every intangible. He’s got size, he’s got speed. We just want to see him get after it.”

Boqiao Li (G): Through a few text messages, Brown believes the outside linebacker from Beijing, China has a chip on his shoulder. “He wants to come out and prove that he could play with these guys. I don’t think he’s going to settle for being a backup. Obviously, he wants to compete to be a starter, but I also think he wants to be the guy that we can rely on special teams as well,” Brown added.

Jordan M. Williams (A): Brown said this Jordan Williams out of Baylor University is another sideline-to-sideline player that flies around on the field. Williams, from Paris, Texas, compiled 180 tackles, 3.5 sacks and three fumbles and pass breakups in four seasons. One of his best performances includes the 2019 Sugar Bowl when the Bears defeated the Georgia Bulldogs and Williams led all defenders with eight tackles. 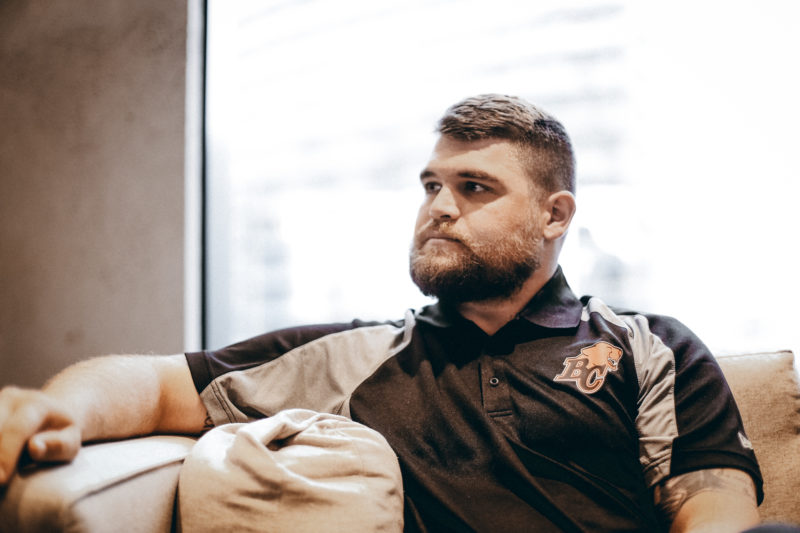 Quotables: More Brown On His Linebackers

“I got four to five true CFL starters at linebackers and I’m not even counting the younger guys. That’s awesome to have because a guy like Jordan Williams is going to push a guy like Konar to be even better, to play through some nicks and bruises and fight harder during practice.”

“I was just telling one of the linebackers the other day, I loved it when coach Campbell brought in an NFL backer while I was playing for him in Ottawa. Because I took it as a message that I got to whoop somebody’s butt. I got to earn my keep and worked harder than I was the week before. Ultimately, it made me a better player.”