Camp Notebook | Gamboa Eager For Round Two With Lions 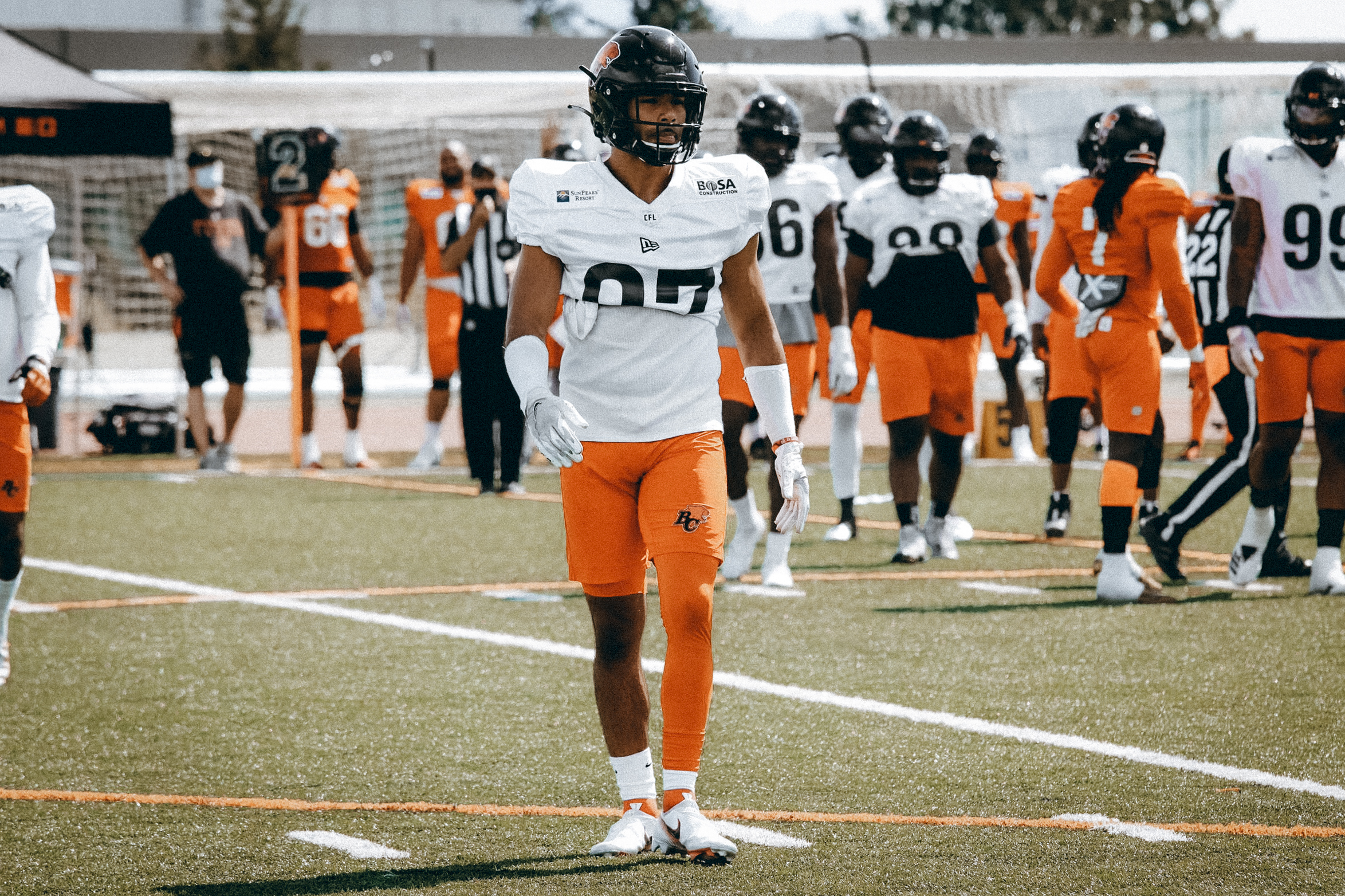 Camp Notebook | Gamboa Eager For Round Two With Lions

“Hey, what’s good with y’all? I’m Victor Gamboa, born and raised in Tacoma, Washington. I went to Eastern Washington University. Fun fact about me: I’m a first generation anything sports in my family.”

Fun facts. Every player, coach and staff member has had to address the team with something neat about themselves in training camp.

This isn’t Gamboa’s first rodeo in Kamloops. In fact, he had to take the back road to get to where he has been striving towards now — to be a trusted field corner for the Lions.

After he was waived by the Ottawa REDBLACKS in 2018, Gamboa spent the rest of that year juggling in between his degree while working in construction with his friend in Spokane, Washington.

“That was the hardest job I’ve ever done. When I was out there, I really thought football is so easy,” Gamboa recalled.

When spring 2019 arrived, Gamboa went to the Lions’ open tryout. He had zero dollars in his bank account. He sat in the car with his father, friend, and little sister. He told them, “I think this is probably my last tryout.”

“This is the dream I wanted so bad so I just went out there and have fun. Torey Hunter [former BC Lions Director, Player Personnel & Development] ended up getting me on the squad,” he added.

While reflecting on his journey in the CFL, he said his family has been tremendously supportive. Although he still remembered the feeling of getting cut like taking multiple punches to the body, he can always lean on his loved ones for encouragement.

Gamboa first met current teammate Anthony Cioffi back in Ottawa. He remembered how Cioffi approached the training camp as a rookie to earn a spot for the REDBLACKS in 2018. He arrived in Kamloopa with the same attitude in 2019 and secured a practice roster spot for the Lions.

Still under the radar at the time, Gamboa thanked defensive backs coach Ryan Phillips for feeding him reps during practices and slowly plugging him with the rest of the veteran defensive backs on the team.

“I was like you know what, I’m going to go at the same exact tempo just 100 percent everything and trying to learn. He kept me and I ended up being one of the two last rookies and one of the only active rookies at the very end of the season and ended up being able to play.”

Towards the second half of the 2019 season, Gamboa recorded his first CFL interception in Week 6 and a forced fumble in Week 19 against the Saskatchewan Roughriders.

“It was the first play I got in. It was really unbelievable. Chris Edwards made a great play on a slant. The receiver had to go back and kind of catch the ball and he ended up dropping it. I saw the ball in the air and once the balls were in the air, I knew I had to go grab that,” he recalled about his first takeaway in orange and black. 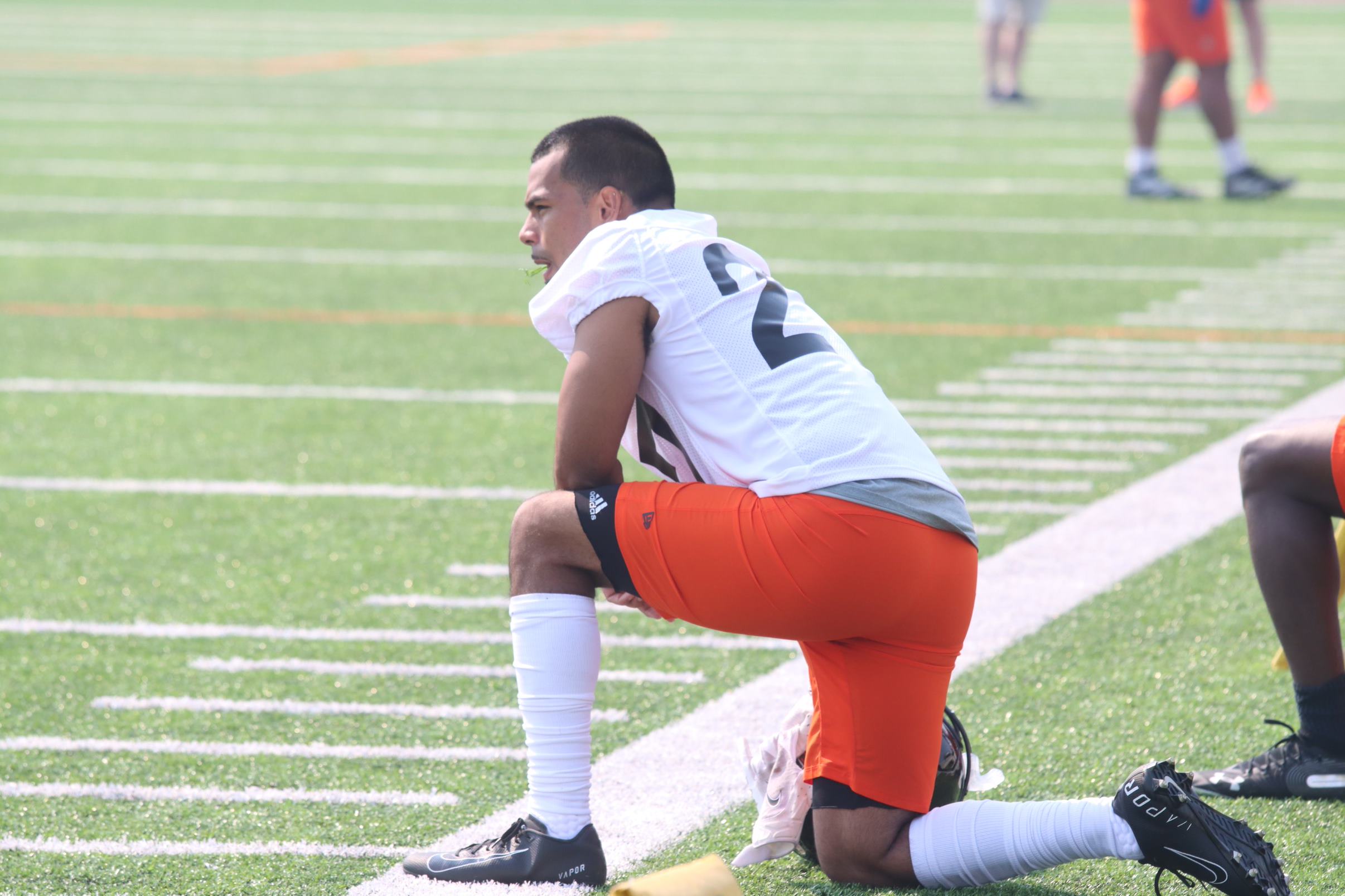 Gamboa ended 2019 on a high note and it felt like life was turning around for him. Unfortunately, the cancellation of the 2020 CFL season knocked him back to ground zero. Like many players around the league, he inevitably had to seek other sources of income.

While working three different jobs this past year, Gamboa never forgot about the game — like pretending the packages as a football and getting his hands in the right position while carrying boxes.

The spare time was for training. Gamboa worked on his speed and footwork with former coaches. He eventually found the staff at Ford Sports Performance to prepare for 2021. Beyond that, the pre-existed camaraderie between him and T.J. Lee, Garry Peters boosted Gamboa’s confidence on returning to the field this year.

“Now I’m out here, the first day I was feeling really comfortable. Me, GP and T.J., we got to build a relationship in the offseason in that year and a half. I’m just feeling a lot better ready to go,’’ Gamboa after the second team scrimmage on July 24, 2021. 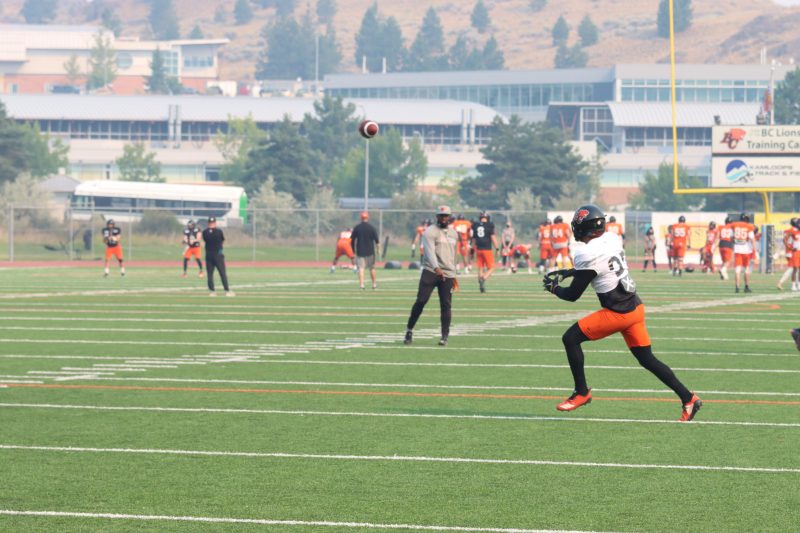 So far in training camp, the defensive backs as a group look in sync with each other. New players such as Cioffi, Marcus Sayles, and Tyvis Powell are fitting well with veterans Lee and Peters.

As for Gamboa, he said whenever Ryan Phillips is talking to another player he would lean in to hear what they’re talking about — trying to soak in every bit of information to improve his game.

Gamboa has made several crucial defensive stops in the last two weeks, including a couple of interceptions during practices. He looks to carry that momentum into the regular season.

The Lions trimmed their roster all the way down to 66 on Monday. You can view the entire list of cuts HERE.

All that remains to be done now is to trim the roster by about four or five more by Friday evening. 45 players will make up the active roster this season.

In addition, 12 players will be offered practice roster spots while an additional five will be on a ‘reserve squad’ that will practice with the team while also eligible to be claimed by another CFL club.

As for today’s practice at Hillside, Reilly was back taking part in full team drills and looked to be in decent command of the first-team offence that also included a healthy Bryan Burnham and Lemar Durant. Both of those receivers had been taking some maintenance days leading up to the scrimmage this past Saturday.

The team will hold practices from 8:30-11:00 am Tuesday and Wednesday before a final team scrimmage Thursday at the same time before camp breaks.