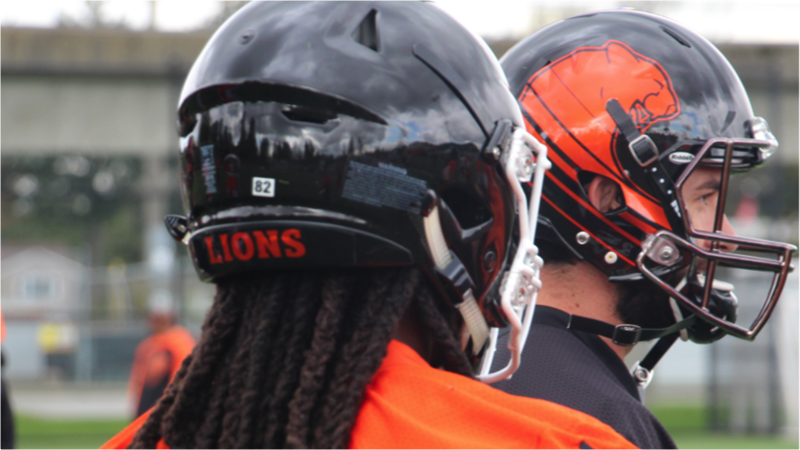 He has ventured overseas and agreed to play a position he only tried once in high school on opening day of mini-camp. That tells you all you need to know about how passionate Tyler Davis is about football.

As the three-day event came to a close in Surrey, the versatile wide receiver felt confident about his first taste of CFL action.

The product of Missouri Valley now has his sights set on main camp and perhaps turning a few more heads in Kamloops next month.

“Going from a defensive player to receiver to running back, I thought it would be a lot more difficult to grasp the concept, “ said Davis on Friday. 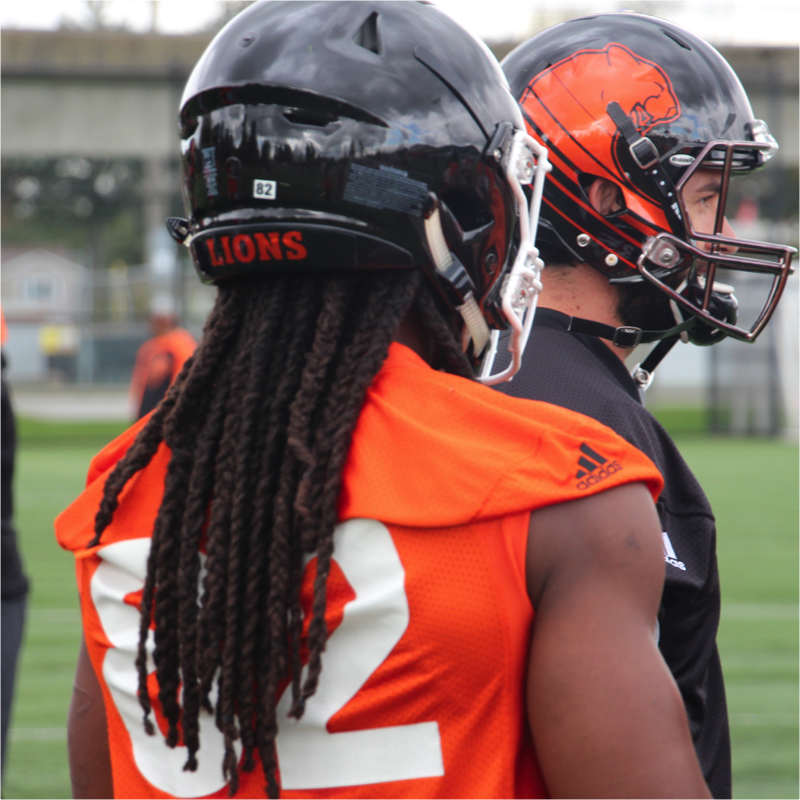 “Offensive play books are a lot more detailed but I picked it up pretty fast. Coaches liked that they saw so that was pretty big for me.”

His versatility came into affect on opening day when running back Amir Carlisle was dealing with a concussion and they needed someone to share reps with Josh Harris.

But let’s talk more about that versatility and how Davis ended up here.

After going unselected in the 2014 NFL Draft and a brief tryout with the Miami Dolphins, he managed to land as a free agent with the Cowboys. That would be the Munich Cowboys of the German Football League.

It was there where he discovered his true calling on the other side of the ball.

“We had a receiver go down and I ended up playing both sides of the ball for the remainder of that, “recalled Davis.

“My offensive co-ordinator then brought me to a new team, the Kiel Baltic Hurricanes, and to save money he kept me on both sides to he didn’t have to get another import.”

2015 brought a European League Championship for the Hurricanes and MVP honours for Davis after he tallied 94 receptions for 1,733 yards and a whopping 24 touchdowns.

For those scoring at home, he also chipped in with six interceptions as a defensive back 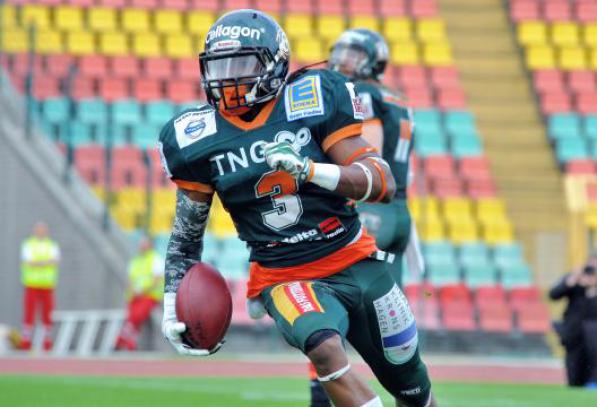 Along with earning some hardware and big time recognition, Davis learned a thing or two about life in the process.

“I had a culture shock at first and wasn’t really used to it but most of the people there spoke English. I would like to go back one day but right now I am trying to get used to Canada.”

Davis has lots of studying to do between now and the start of rookie camp. A quick glance at the roster would indicate the club is stacked at receiver, especially with non-imports, but these types of stories are always intriguing to follow once the competition begins for real.

“I like to compete. Everybody out here is trying to get a job and going 110 percent. It was a lot of fun.”

For a man who perfects the habit of not getting too high after wins and not too low after losses, it was hard for Wally Buono to contain his excitement as the 2017 version of mini-camp came to a close. With club-record 38 youngsters on hand for this event it appears all the goals were met for Buono and his staff.

“It was very successful for a lot of reasons,” said Buono.

“One, we had a good look at all of these guys. I think the coaches have done a good job of orientating to them what the BC Lions are all about.

They know more about the CFL game so it’s going to be better for them when they come to training camp in May.”

The successful OTA is a tribute to how well Buono, Neil McEvoy, Geroy Simon and Director of US Scouting Ryan Rigmaiden have done at recruiting south of the border. That process continues Sunday with the club’s final US free agent camp in Seattle.

“This is as good of group now as we’ve had in years. They’re all very competitive, they’re all very athletic for the position they play and it’s going to be very tough to send one or two guys home if we have to.”

The focus now shifts to the CFL Draft on Sunday, May 7th but Buono can sleep well in the mean time knowing they are off to a good start in setting their 46-man roster for week one against the Edmonton Eskimos on June 24th.

Buono’s mission statement is to always win the line of scrimmage and there were some outstanding battles on both sides this week. The offensive line game ball goes to the highly touted David Foucault. Buono pointed out the 6’9 tackle exceeded his expectations this week. He also got into a bit of a scrap with Marquis Jackson in one-on-one drills on day two. Not a bad start for someone who maybe carries some extra pressure after coming over in the Jovan Olafioye trade.

Mark Washington’s mission statement starting this week has been to create more turnovers after the Lions finished last in interceptions and second last in forced fumbles in 2016. The quality of defensive linemen this week certainly played a role in helping establish that new culture. Ex-Carolina Panther  Frank Alexander may have been the best of the bunch but Rigmaiden maintains 4 or 5 of them could start for the team right now if they needed them to.

No Slouch At Linebacker:

No stone will be left unturned when it comes to replacing Adam Bighill at the weak side spot. Returnees Cameron Ontko, Dyshawn Davis and newcomer Micah Awe out of Texas Tech all competed hard and well. Each one should make a strong case when the battles heat up for real next month.

Perhaps the biggest positional storyline was Steven Clarke filling in admirably at the free safety position. A possible move over from halfback would allow the club to possibly start just one non-import on defence. Clarke appeared to look 100 percent in his first practices since suffering a season-ending knee injury last August. Last year’s starter at safety Mike Edem and backup Eric Fraser remain on the roster.

Maybe it was word of mouth that the all-time winningest coach and best all-time receiver were evaluating them. Or maybe they are just flat out competitive. From the time the horn blew to start individual drills on day one, it was evident the battles were going to be intense. And they were. Guys were flying around and having a good time. Not a bad way to set the tone. Buckle up. Rookie camp begins on May 25th at Hillside Stadium in Kamloops.