Year Round Process | Catching Up With Hervey In Alabama 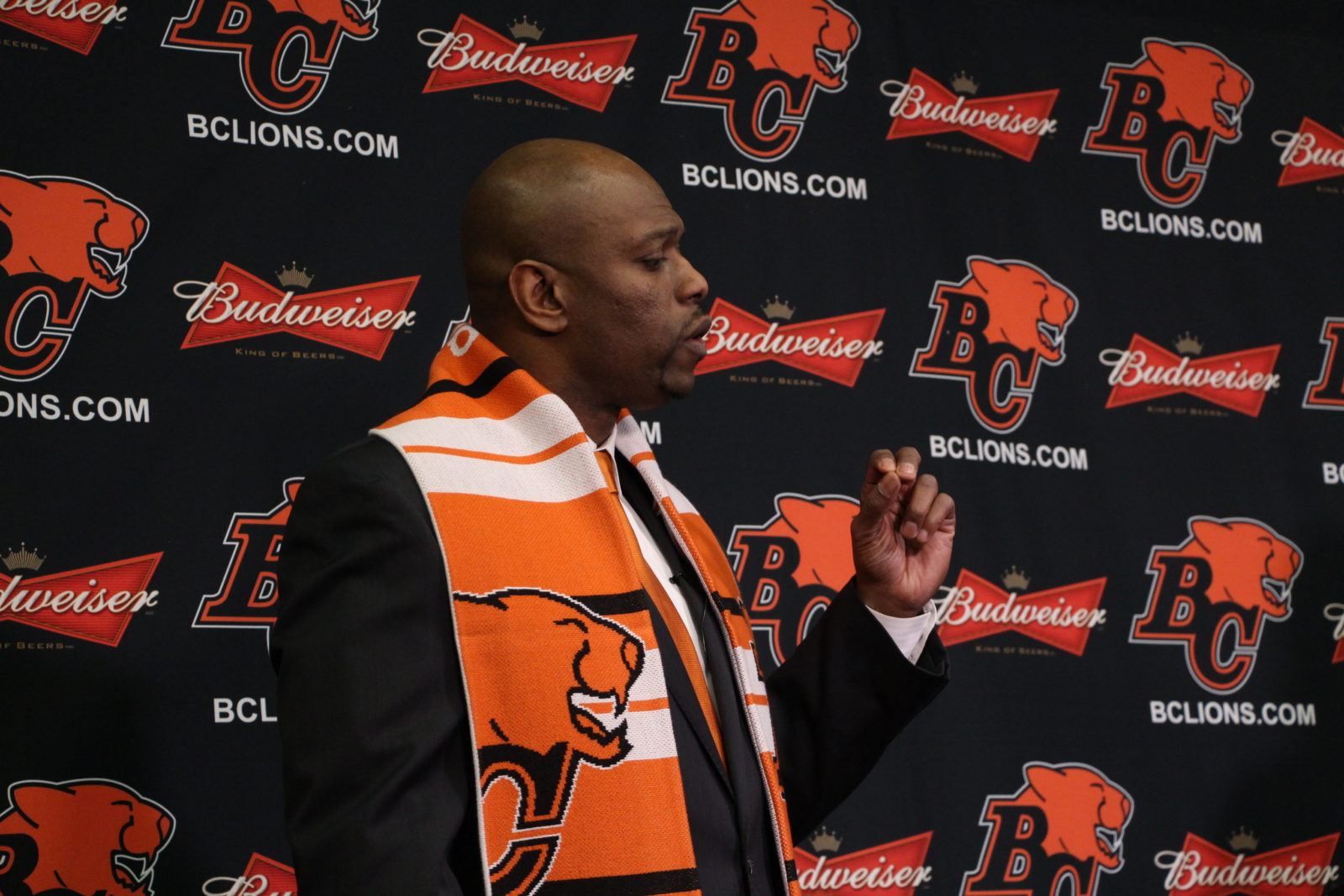 Year Round Process | Catching Up With Hervey In Alabama

The grind never stops. The Air Miles keep accumulating. And Ed Hervey wouldn’t have it any other way. From the moment of his hiring on November 30th, the BC Lions’ General Manager was hard at work in his new office at the Surrey Facility, only briefly returning to Edmonton to pack up some personal items and vacate his apartment before heading to Las Vegas for a holiday visit with his mother and immediate family.

Once the calendar flipped it was back on the road for the usual scouting assignments. He is currently set up in Mobile, Alabama for the annual college all-star extravaganza known as the Senior Bowl. And although none of the participants will be in Lions’ orange now or possibly ever, Hervey insists it is a vital part of the evaluation process.

“Some of these guys you may not see for a few years because they are in that upper echelon group,” he explained.

“There is a player or two that may slip through the cracks, but if you’re not here to get the information how will you know in the future? It’s about scouting the elite seniors of this (NCAA) class and seeing how they compare to players in the other college all-star games, that type of deal.”

It was in 1995 when Hervey, following his successful playing stint at USC, was one of those highly touted Senior Bowl prospects. The athletic receiver suited up alongside Derrick Brooks, Kerry Collins and the late Steve McNair.

23 years later, he knows that Grey Cups are not technically won until November. That being said, it is the work done between January and May that can define your team’s fate. That’s what he will remind his scouting staff at the upcoming US free agent camps, CFL Draft and 2018 Training Camp at Hillside Stadium in Kamloops. 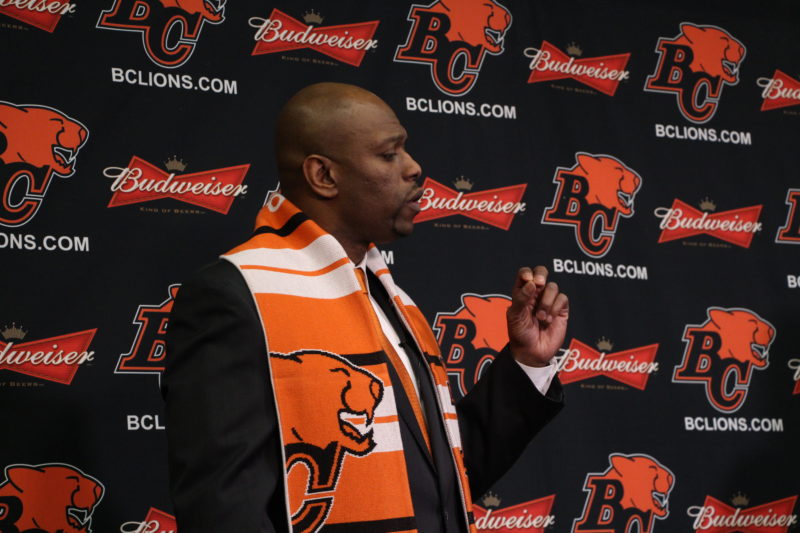 His former teammate and new Lions’ Director of Player Personnel Torey Hunter is with him in Alabama. The familiar duo joins a dedicated staff that includes Neil McEvoy and Geroy Simon for an important offseason evaluation process.

“There is trust there. Torey and I have known each other for over 20 years. He’s very knowledgeable, very smart, good with the players and he understands my philosophy on not just the type of players, but how we treat the players with respect and like people, not pawns in a game,” Hervey said.

“We have both been there. That is some of the advantages that we have over the non-playing scouts. Not to take away from how good people are, but Torrey and I understand the grind of playing and what it’s like to play to have to put food on your table.”

If you have any doubts, just look at the blueprint they followed to rebuild the Edmonton Eskimos. Brandon Zylstra, Derel Walker and Aaron Grymes are just a few of the guys they convinced to come north after camps and workouts south of the border. Those additions seem like no-brainers now, but the new boss insists there is a specific template that must be followed when it comes to wooing young American talent.

“In order to get the most out of the player when he comes to the CFL he has to have a strong motivation to play and a passion for the game,” the three-time Grey Cup champion said.

“There also has to be humility. You’re not going to make what the NFL offers. When you’re coming up here it is a ‘pay your dues’ league.”

If you’re coming in loud, talking about how you’re going to be the best player in the league, all these other loudmouth things that you hear you’ll find another thing coming. We have good players in this league and we always explain to our prospects that you cannot underestimate the quality of play and the quality players in the CFL because you will be embarrassed and humiliated quickly.”

The evaluation process and finding those future all-stars and current unknowns is just one part of the equation. The other is locking up key pieces that will make up the 46-man roster when the Lions kick off their season on June 16th at home to Montreal. Hervey has already been busy re-signing key pieces Emmanuel Arceneaux, Shaq Johnson, Antonio Johnson, Cody Husband and TJ Lee.

All of those players, especially the linemen, have bought into Hervey’s theory that after a 7-11 campaign, the mindset must be different going forward.

“It’s imperative that we have the buy-in,” the GM said.

“I feel like the message is coming across to them, but it’s the effort that the players put into the offseason and what they show after training camp is where the first opportunity of that proof is to be seen. We have a long way to go, but we all have to have that common understanding of what our responsibility is going into the season.”

The CFL free agency period opens on February 13th, and before jumping into the pool and adding some of the top talent available Hervey still has a couple pending free agents of his own to think about. One of those is Travis Lulay. The veteran pivot continues to rehab from the September knee injury and indicated on TSN 1040 last week his plan is to play football for as long as he can. Hervey plans to speak with the 34-year old when he returns to the Surrey office next week.

RELATED: Lulay on his recovery: “I still have a long road ahead.”

“I wanted to leave it in his hands and not apply any pressure to him while he was rehabbing,” Hervey said.

“Travis has earned the right to make his decision. From what I am hearing from everyone working with him and his representative, he is in good spirits. That’s always a positive. Until I have a chance to talk with him myself, hear what his thoughts are and get a feel for what his plans are, we won’t know. As far as the BC Lions are concerned, if Travis is interested in playing I would love to talk to him and have a place for him.” 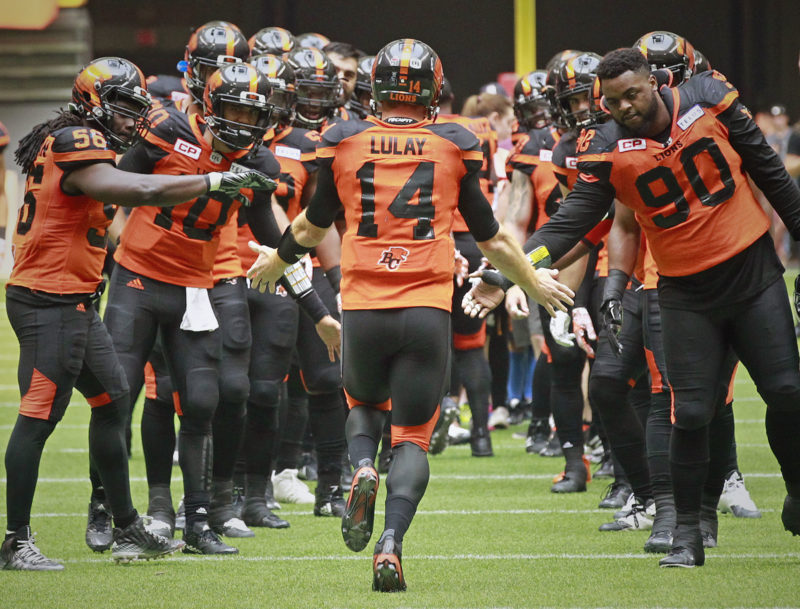 Last year’s setback shouldn’t be a cause for any knee-jerk reactions at the quarterback position. Both Lulay and Jonathon Jennings have earned the right to come back and prove they can help lead the franchise back to the playoffs. Hervey believes Jennings can put his own injury troubles and inconsistencies behind him in 2018. The GM spoke with Jennings before heading down south.

“His mindset was very positive. The BC Lions will benefit from Jonathon coming in very confident and understanding his role as a leader, more so than as a player,” Hervey explained.

“There are obvious expectations of him as a player. I think it’s time to take that next step as far as coming in with a mindset of wiping the slate clean from last year, separating the noise of criticism from what happened and just using that as fuel to come in and be ready to go.”

He’s been on the job less than two months. Yet you get the sense Hervey already bleeds orange.

“I don’t discriminate against colour, I think the orange looks good on me,” he chuckled.

“For some of my friends that I have run into on the road, it has taken them a little time to get used to it because they have only seen me in the green and gold. To me, it’s about work and not about the colours you have on, but the person in them. My approach is the same: very diligent and disciplined in our process. We know what we want and we will set out to get it. We’re all in this together.”

And we can’t wait to see how it all unfolds.